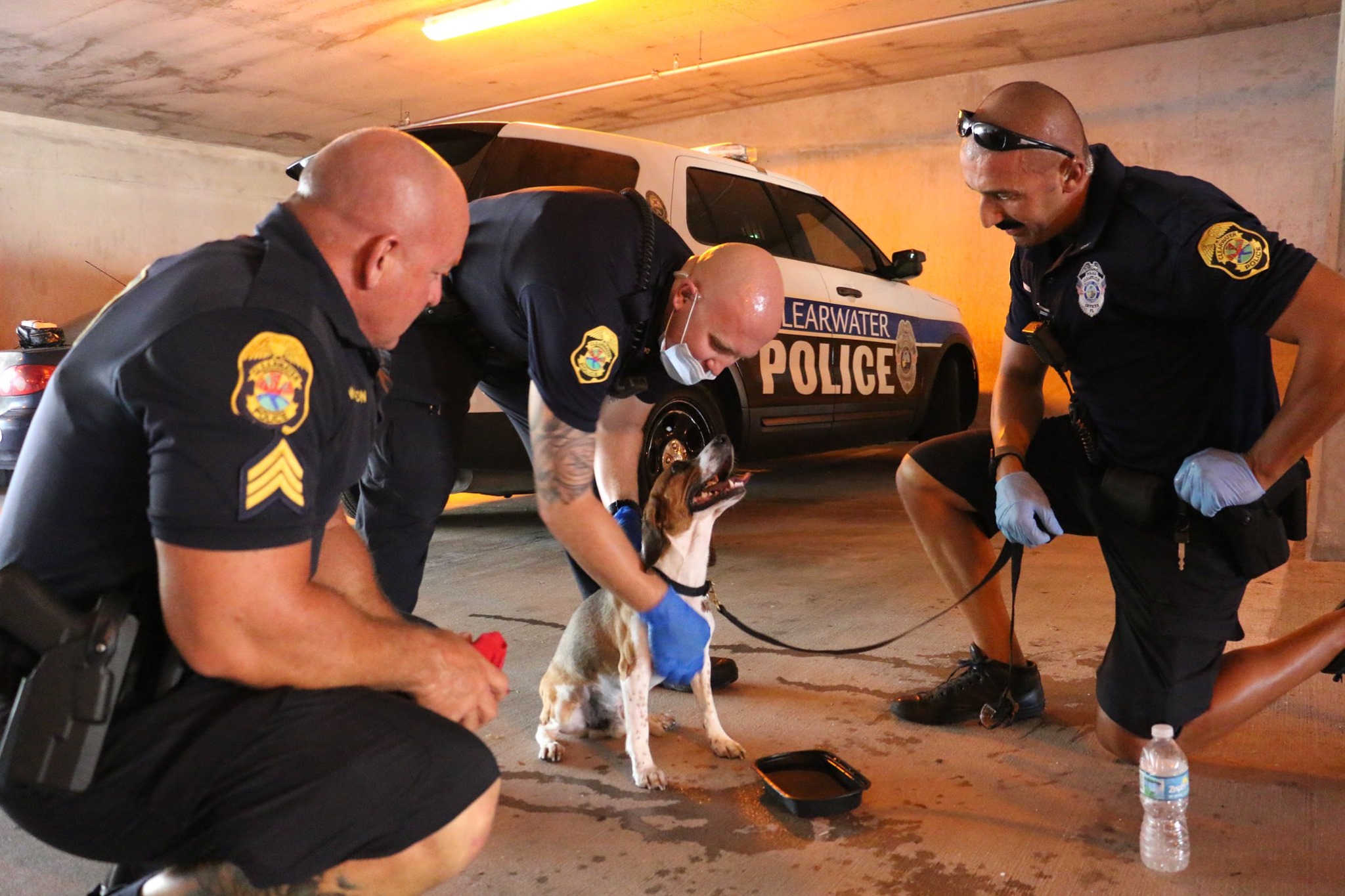 It was the incessant barking and howling of a dog’s cry for help that prompted Holiday Inn & Suites employees in Clearwater, Fla. to call the police.

Police officers responded on June 23 in the afternoon just in time as a dog had been left in a car at a beach parking garage. With windows rolled up and the car locked, the officers had to break a window to rescue the dog.

They pulled the adorable dog out of the vehicle to safety. Then they provided the dog with some much-needed water and dabbed his head to help cool him off from the ordeal in the sweltering hot car.

By the time Pinellas County Animal Control arrived at the scene, it was roughly 15 minutes after the actual rescue took place and the car was still 94.6 degrees with the doors open.

“It’s safe to say the temperature inside the vehicle while the dog was still in it was well over 100 degrees,” according to the post on the Clearwater Police Department’s Facebook page. “The case has been referred to the Pinellas-Pasco State Attorney’s Office for prosecution.”

The police were able to save the dog, but so many others are not as lucky. Unfortunately, there are many similar stories about dogs left in cars during the summer.

Remember never to leave your animals or your children alone in a hot car. Even when it’s 70 degrees outside, dogs can die of heatstroke if locked inside a car, according to Heatkills.org. “Even with the windows cracked, the interior temperature of a car can rise 19 degrees in ten minutes, and 29 degrees in twenty.” (See the Heatkills.org flyer.)

For years Dr. Ernie Ward, a veterinarian, has been talking about the dangers of leaving dogs in parked cars. To show what a dog goes through, he simulated the experience by locking himself in a car and videotaped it. At the start, the outdoor temperature was 95F; after 30 minutes it was 117F inside the car. Watch the video here:

Always leave pets home and keep them safe. If you witness a dog in distress in a locked car, call the police in your area. Click here to find out about state laws and leaving animals in parked cars.