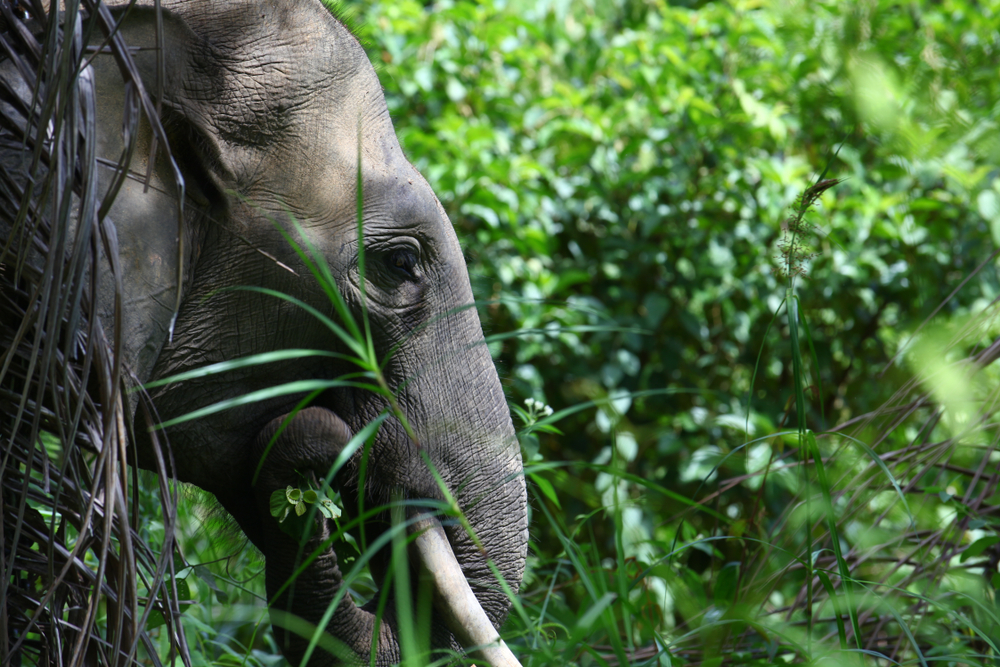 According to World Wildlife Fund, “nearly 70 percent of the Sumatran elephant’s habitat has been destroyed in one generation,” and “Elephant numbers have declined by a staggering 80 percent in less than 25 years, confining some herds to small forest patches. These populations are not likely to survive in the long-term.” But these threats aren’t the only ones they face. Even with their habitat being taken away and being confined to small patches of forest, they’re also targets for poachers.

Tusks are less commonly found among Asian elephants than African elephants, but they’re still victims of poaching for the illegal ivory trade. Although Sumatran elephant tusks are generally smaller, poachers would do anything to make some money in the illegal trade. Recently, a critically endangered Sumatran elephant was found with its tusks and trunk cut.

The Riau Center for Conservation of Natural Resources found that the elephant was 40 years old and killed six days before he was found. There were no bullet wounds or traps nearby, but his head was cut off from the base of the trunk. This makes it quite clear he was killed for his ivory. The center hopes the poacher will be caught and brought to justice. These elephants are too critically endangered for poachers to cause their numbers to continue declining. Not to mention, the ivory trade is illegal!

To help Sumatran elephants and other endangered animals like the Sumatran tiger, you can avoid palm oil! Production of palm oil is responsible for much of the deforestation that takes their habitat. You can also sign this petition to officially ban the ivory trade, which still persists because of loopholes and illegal poaching.