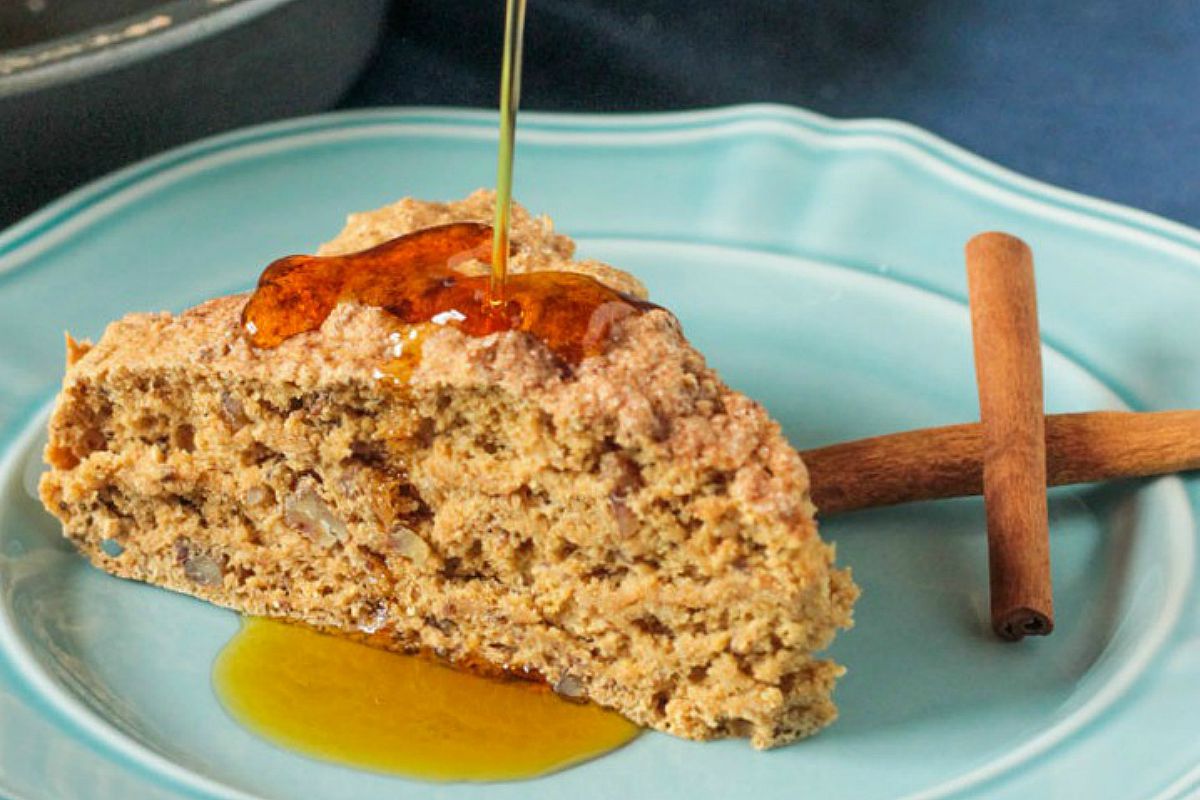 Cinnamon is one of those magical spices that just goes well with all kinds of things. Sweet things get a complimentary kick and savory dishes just love the complexity it brings. Can you tell I just love cinnamon? My favorite way to use it is in these sweet, comforting scones. Brimming with pecans and rich, maple flavor -- the cinnamon ties the whole shebang together. Dust a little on top with some sugar and you're in business!

Jenn Sebestyen, the creator of Veggie Inspired Journey, is a wife and mom of three. Veggie Inspired is a food blog featuring simple and flavorful plant-based recipes for the whole family. Veggie Inspired will show you just how easy it is to get your daily dose of fruits and vegetables in a deliciously satisfying way.