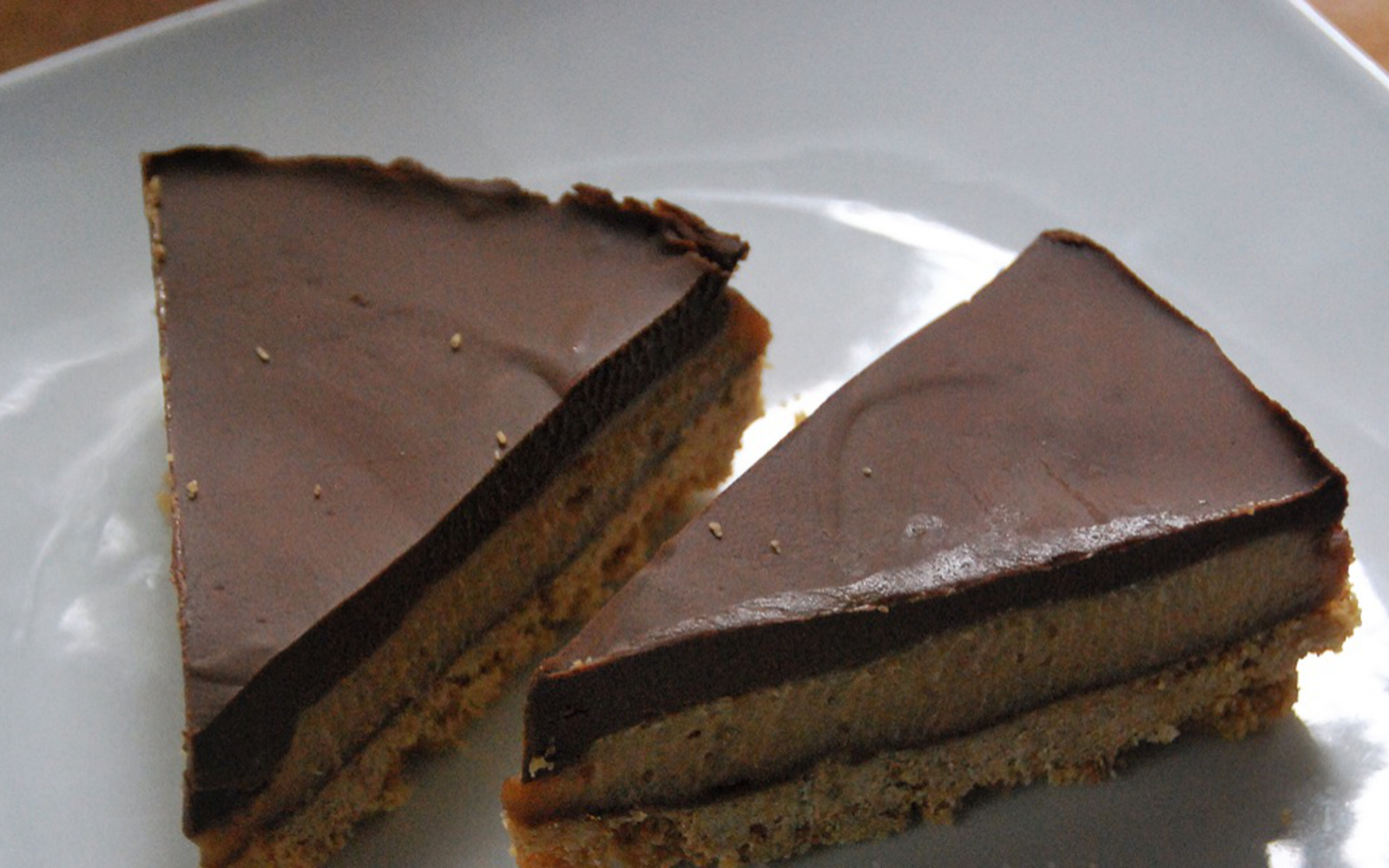 Place a can of coconut milk in the fridge the night before making the pie in order to separate the thick cream from the thinner coconut water. When you’re ready to use it, open the tin and scoop the solid cream from the top of the can.

Total Calories: 4617 | Total Carbs: 360 g | Total Fat: 328 g | Total Protein: 78 g | Total Sodium: 1541 g | Total Sugar: 172 g Note: The information shown is based on available ingredients and preparation. It should not be considered a substitute for a professional nutritionist’s advice.

Bridge is an Irish vegan blogger from Dublin. She began living vegan in 2012 for ethical reasons. While health is never the main concern in her recipes, she has inadvertently felt the benefits of a vegan diet. She is an artist by nature but has a passion for mental health and is currently focusing on completing her MSc in counseling and psychotherapy. You can follow her blog at I Heart Crap Kitchen.