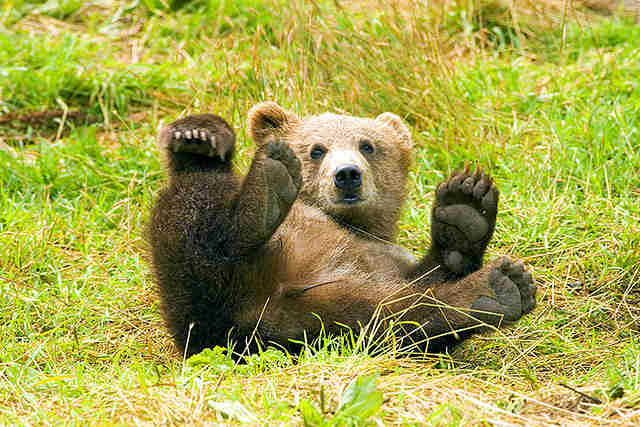 Tool use is not unheard of in non-human animals, but for the most part these animals are either primates or a select few others. A new addition may have to be made to that list.

Discovery News reports that a grizzly bear in Glacier Bay National Park was spotted using a barnacle covered rock to help with his molting. Scientist Volker Deecke, who first witnessed the event, watched as the bear worked through the shallow water using rocks on multiple occasions to scratch at his skin.

The bear was in all likelihood trying to remove itchy patches of fur produced by the molting process. The barnacles added to the relief felt while removing this itch.

“The barnacles,” Deecke told New Scientist, “may have given that exfoliating feeling.”

The use of tools by bears has been speculated about for years but this is the first real definitive proof of it. This whole experience may lead to new research into the cognitive abilities of bears as a whole.