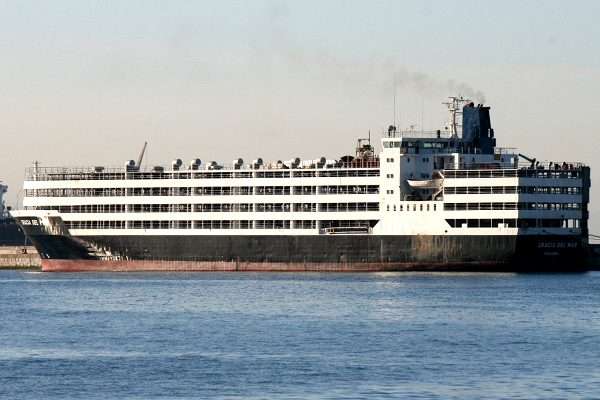 2,700 cattle have died on board the Gracia Del Mar, a cargo ship, which was recently converted into a livestock vessel. The ship suffered an engine failure, which led to ventilation problems that caused the deaths of the animals during the trip from South America to Egypt.

The Gracia Del Mar is currently anchored in the Red Sea, near Eritrea, after it tried to dock in Dijbouti and Sudan, but was refused port because of the dying and dead cattle.

Lyn White of the group Animals Australia told PetPardons.com that she is working with other international groups to try to find a safe refuge for the 2,000 cattle that survived the trip.

“This is nothing short of an animal welfare disaster. If remaining cattle are not offloaded more of these animals will suffer appalling deaths at sea. We are appealing to authorities in Egypt to offload the remaining cattle at Al Sohkna, as was originally intended,” says White

The organization Compassion in World Farming is asking people to sign a petition asking Egyptian authorities to take action now and allow the ship to dock so that the animals can be given veterinary care or, where necessary, humanely euthanized. Urgent action is necessary to prevent even more suffering in what has become a major animal welfare disaster.