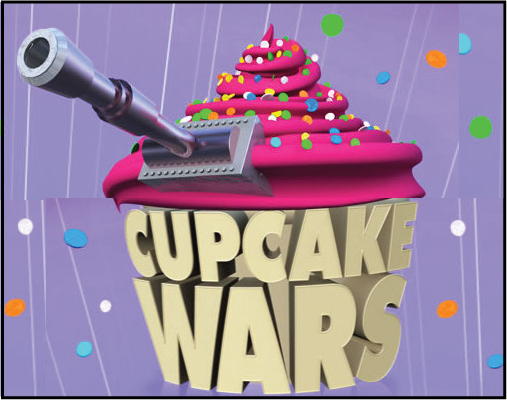 This was the third Cupcake Wars appearance for Sticky Fingers on the Food Network and their second win.

“It is more difficult in this situation because when they give you the secret ingredients you don’t know what they are and you don’t always know if you are going to have access to certain things. Being vegan we are such the underdogs and it’s such a longshot for anyone to take us seriously so, to have this opportunity to be highlighted nationally and actually win up against traditional non-vegan baking is just everything that we could hope for,” Petersan told the Washington Examiner.

To celebrate, the four winning cupcake varieties will be on sale through February 1 at Sticky Fingers Vegan Bakery and Cafe in Washington D.C. In addition, Doron Petersan’s first cookbook “Sticky Fingers’ Sweets! 100 Super-Secret Vegan Recipes” is expected to hit stores on February 16.
.