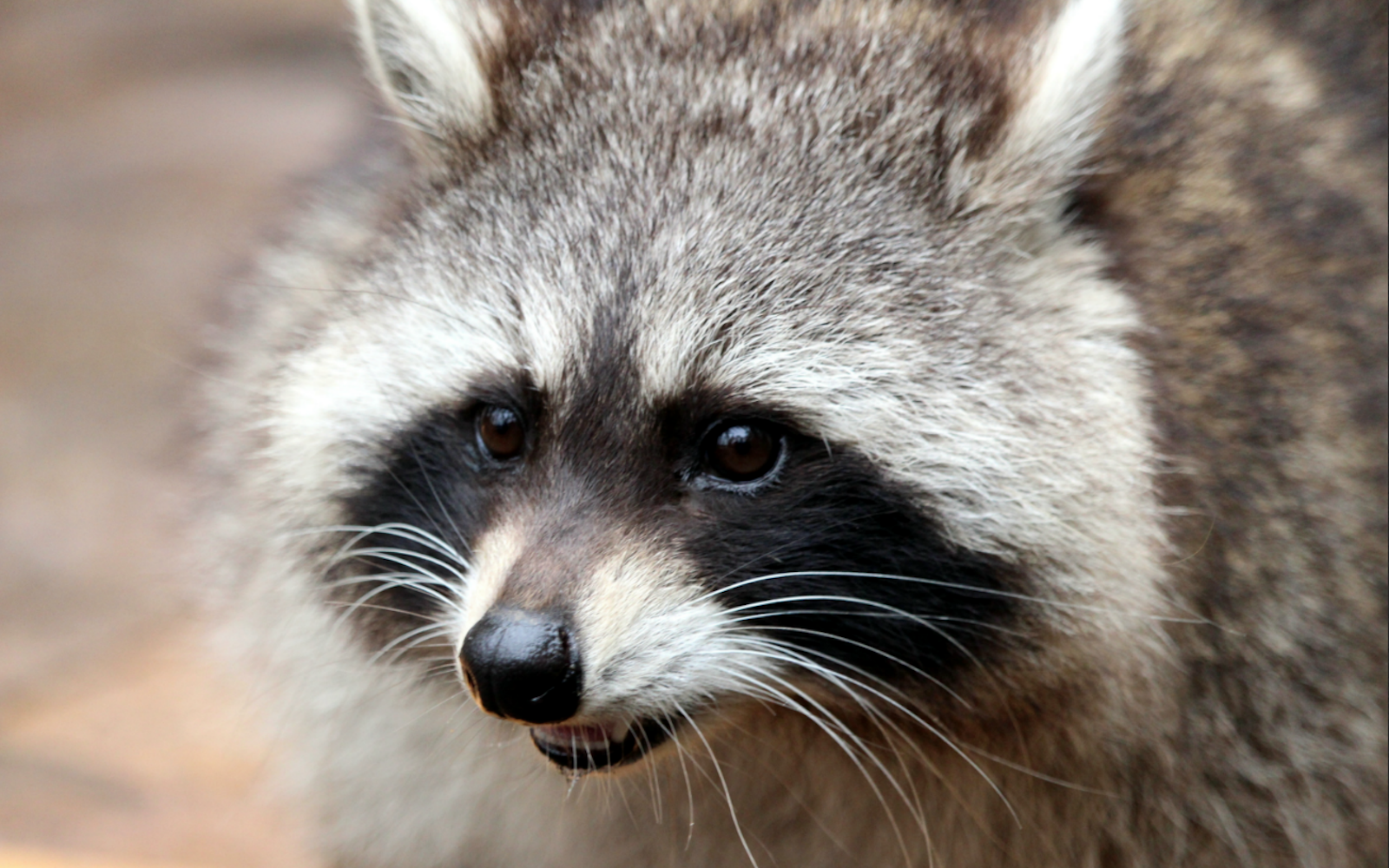 In Ravena, New York, a small town outside of Albany, New York, a shocking instance of animal abuse was documented on video. Bryanna Catucci shared two disturbing videos on her Facebook profile of police officers INTENTIONALLY RUNNING OVER a terrified raccoon in a Shop and Save grocery store parking lot. The police claim they received reports that the animal was rabid, however, there doesn’t seem to be any confirmation or indication that that was the case – other than the fact the animal was spotted outside during daytime.

“Leaving the grocery store to find 2 cops charging at a raccoon in a car for 15 minutes until dead,” Bryanna shared on her Facebook. Other Shop and Save customers saw the incident as well were in shock over how abusive the police were.

Warning: the below video is graphic. “They would come back around, kind of nick the raccoon, kind of make it tumble. Finally, I think the one hit near the end finally did a number on the raccoon,” Amanda Myers, one of the witnesses said.

The videos have gone viral in less than 24 hours, with 50,000 shares and thousands commenting that there are many other humane ways to deal with a potentially rabid raccoon. The Town of Coeymans Police Department has since released a statement, saying that the police officers “dispatched the raccoon as quickly and humanely as possible.” No, the humane thing to do would be to call the town’s local animal control so that trained personnel could come and handle the raccoon properly.

Thousands of comments have been left on the page with many wondering if the police officers are going to be charged with animal cruelty. 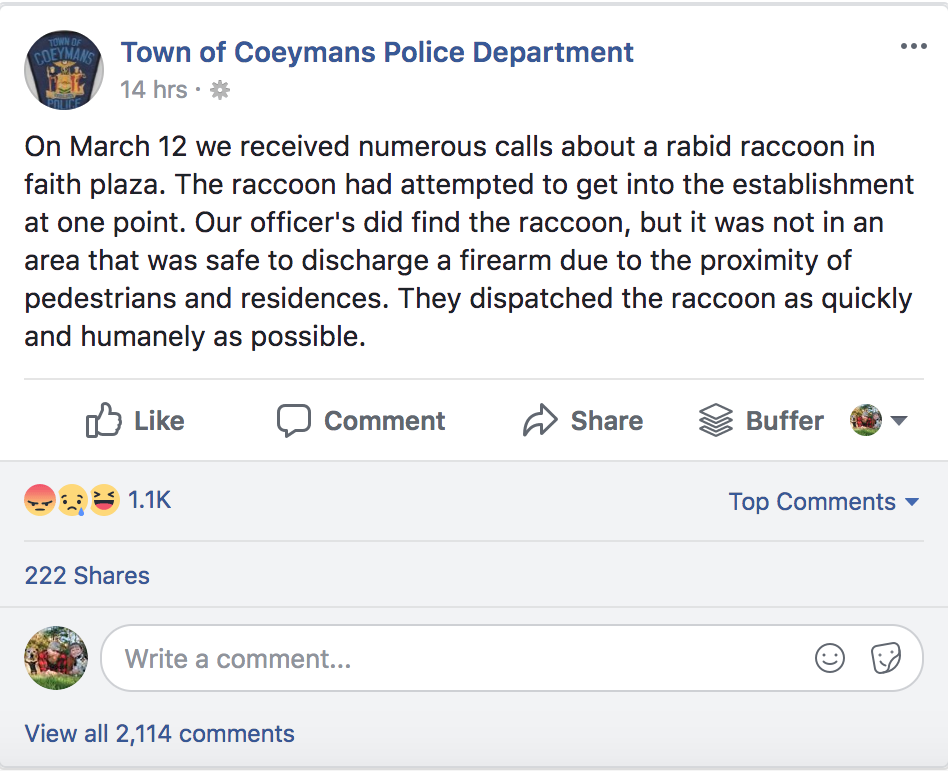 There is absolutely NO excuse for this clear animal cruelty. Please post polite comments on the Town of Coeymans Police Department’s Facebook page until action is taken against the police officers for inflicting needless pain on the raccoon.

Shooting the raccoon with a gun or running it over with a car hardly seem like the ONLY options available. In fact, chasing a potentially rabid animal in any way is NOT ADVISED as it could scare the animal into another populated area. Most animal control personnel will have had appropriate rabies vaccinations to ensure they don’t contract the disease. According to Wildlife in Crises, “Being bitten by a rabid animal is not fatal, as long as you promptly undergo post-exposure treatment (a series of shots in the arm). If given promptly, post-exposure rabies shots are 100% effective against the virus.” Granted we would NEVER recommend that anyone without wild animal experience attempt to help a rabid animal, but this shows the alleged threat that led the police officers to act so rashly was frankly, unfounded. A baited trap could have more expediently and humanely captured the animal and allowed trained professionals to determine if the animal was indeed sick or not – after all, just because a raccoon is outdoors during the day does NOT mean they have rabies. Ravena does have an animal control team who could have handled this situation – why they were not contacted or at least called in to advise action remains unknown.

Raccoons often have a bad reputation for going through our trash in search of food and in general, being sneaky, but they are living, breathing, emotional animals just like us who deserve to live free from pain.

If you ever come across a wild animal in need of help, PLEASE contact your local animal rescue hotline. We must always speak up for those who cannot!