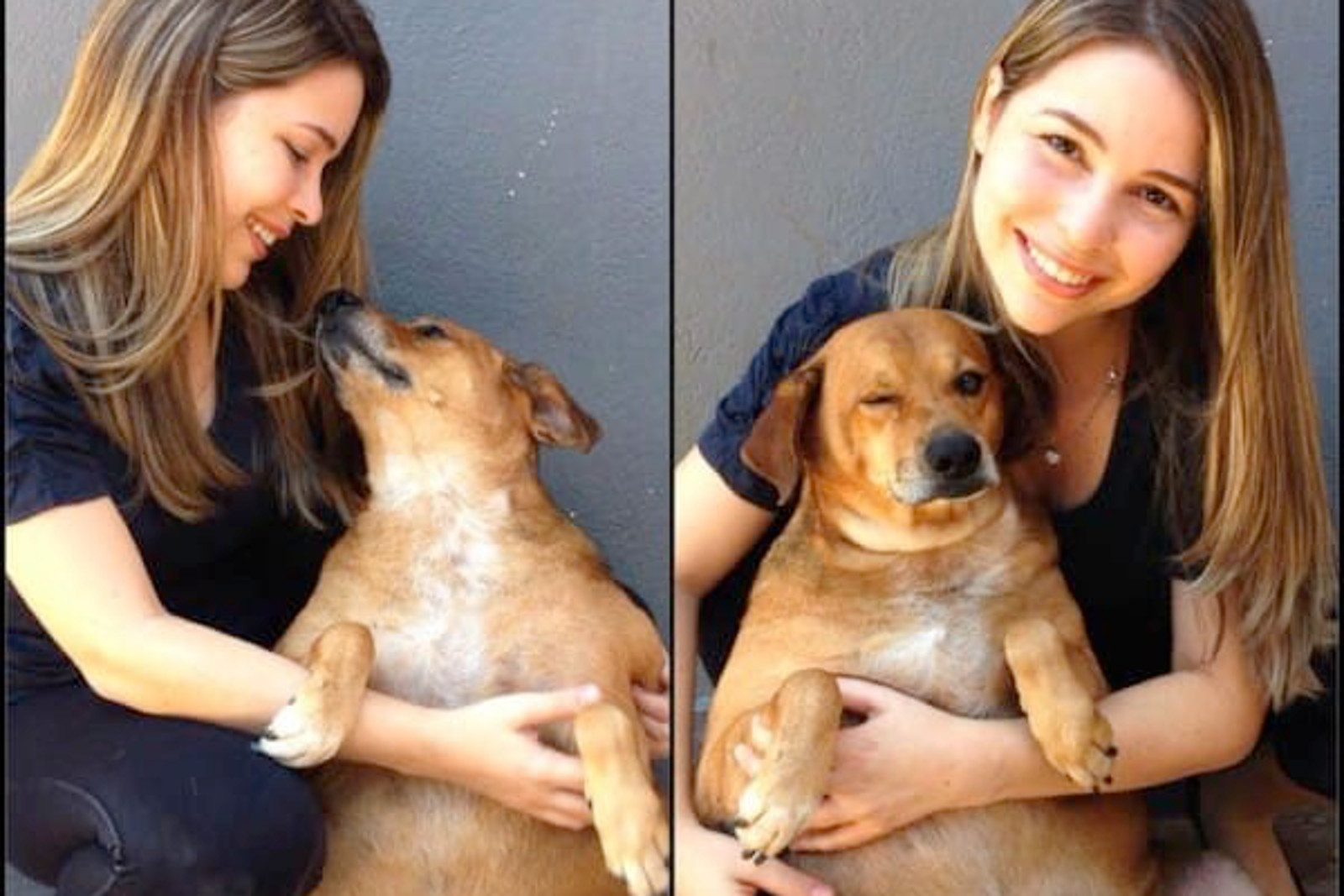 Brazil is one of the most beautiful countries in the world. With its endless beaches, thick rainforest and balmy, tropical climate, Brazil can be a traveler’s paradise. Unfortunately, for the homeless animals who live in Brazil, like the many homeless animals in the U.S., Brazil is anything but paradise.

The poor pup in this story showed up at a rural gas station in Brazil when he was just a few months old. Although no one took him in, he quickly became a staff favorite. They regularly fed him scraps of people food, which really fattened him up. After 13 years of overeating, this canine cutie had developed quite the weight problem! Lucky for him, someone contacted the Animal Protection Organization to help.

When they found him, Bolinha was 30 pounds overweight. Although he was well fed, he had no place to call his own and was living among a bunch of trash behind the restaurant. 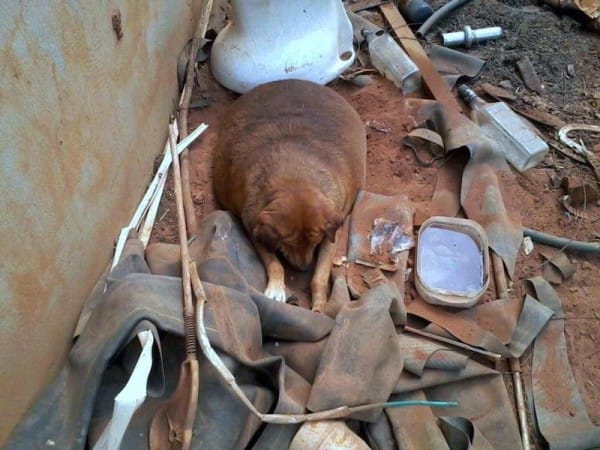 Getting this big fella clean was the first line of business when he arrived at the Animal Protection Organization shelter. Aside from the occasional rainstorm, this was most likely his first time ever getting a bath. 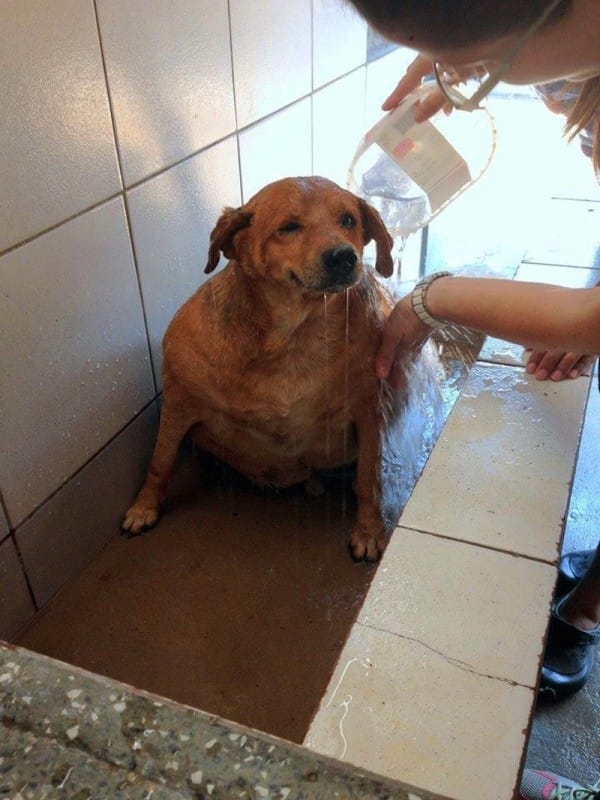 Once he was all soft and shiny, they could address his weight problem. Being overweight is as unhealthy for animals as it is for people, leading to diabetes, heart disease and other health problems. It was clear by the way Bolinha was walking that all of this extra weight was putting a lot of pressure on his joints. 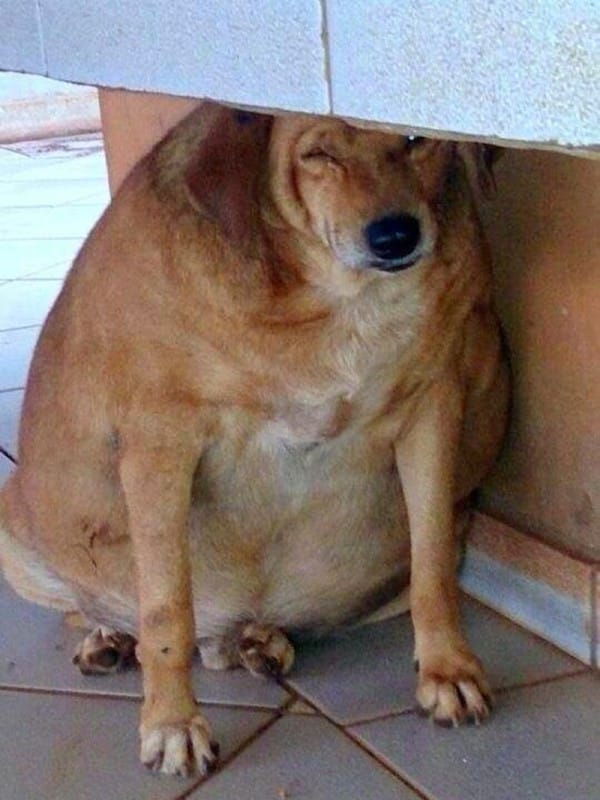 He was put on a strict diet and exercise regime, which included walking in water on a treadmill. This was to make things as easy as possible for him. 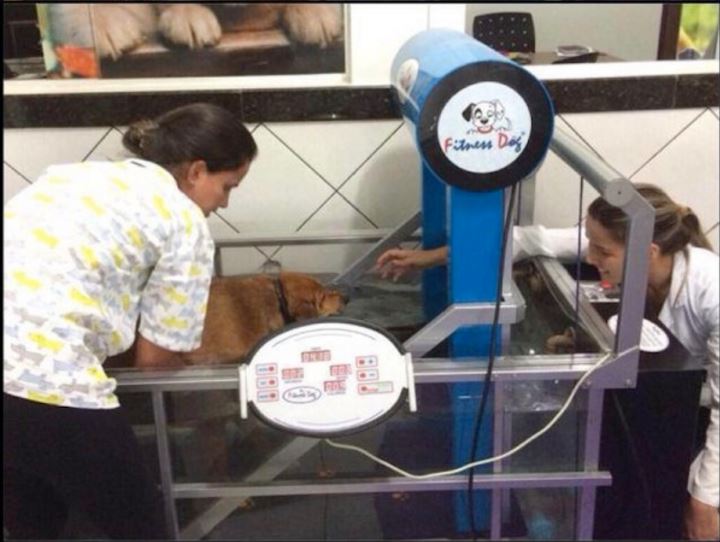 After lots of hard work and the dedication of shelter volunteers, this sweet pup lost 30 pounds! Now it is a lot easier for this now svelte pooch to get around. 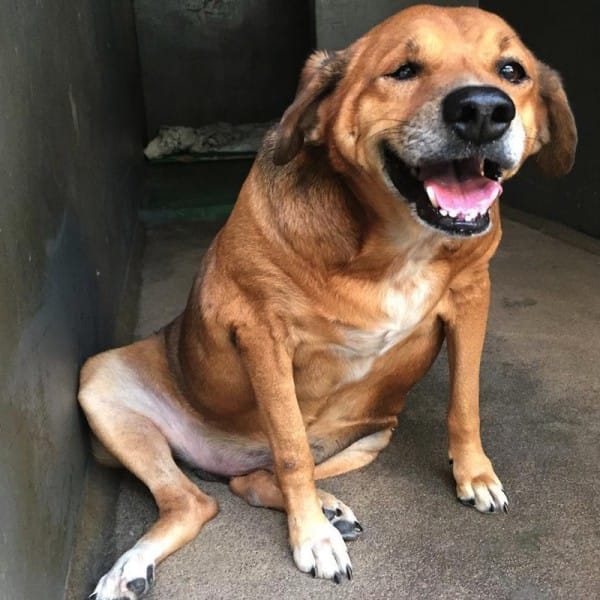 Although there is no doubt that the right family would love him at any size, slimming down was the right health choice for this senior dog, giving him the opportunity to enjoy his golden years. Now, he is as good as new, proving to everyone how much can change with a little investment of time and a lot of love.

Senior dogs like Bolhina are often the last to be adopted at shelters, despite their almost always calm dispositions. If you’re considering adopting a four-legged friend, why not take a trip to your local animal shelter and offer a senior dog like this one the opportunity of a lifetime: To grow old gracefully in a loving family home. Neither one of you will regret it!