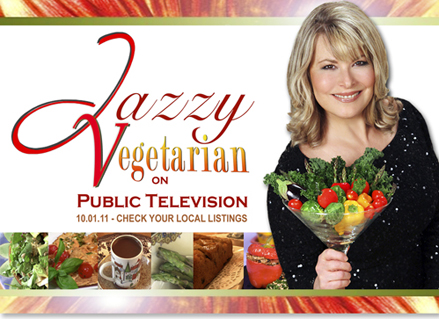 Laura’s step-by-step instructions will show viewers an easy way to cook and delight the taste buds while making healthy, earth-friendly choices. She uses no dairy, meat, eggs or animal products.

JAZZY VEGETARIAN fans will now be able to watch Laura on television as well as on the web, listen to her radio shows online, download her recipes and tap into her culinary wisdom from their computers and in her companion cookbook, timed to release as the broadcast premiers.

It’s Laura’s goal to put healthy, vegan recipes within the reach of every cook in America. Let’s help her make it happen!