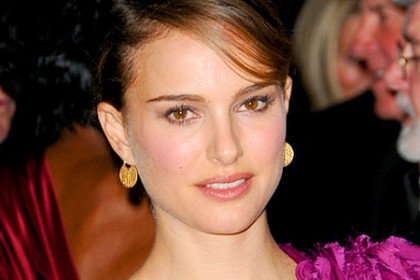 Natalie Portman, who revealed back in 2009 that reading Jonathan Safran Foer’s book “Eating Animals” turned her vegan is reportedly planning to make a documentary around the book. Foer disclosed the news to the French site Clap. “Well, Natalie Portman is going to make a movie of it. She wants to make a very personal documentary. She contacted me, she told me that she loved the book. I know her now, I will help her eventually, but it will be her vision. She’s only at the very beginning,” Foer said.

Indiewire reports that it is unclear how Portman will adapt the book, which is a memoir about Foer’s quest to learn as much as possible about the food we put in our bodies.

Some readers may recall that Natalie Portaman joined a growing list of celebrities that quit veganism when she revealed that she went back to eating vegetarian because of food cravings during her pregnancy. Good to see that she’s not completely abandoned her passion for animal rights issues though! Moreover, Foer’s book advocates a more sustainable and humane approach to eating animals, rather than a vegan message, so it may be compatible with Portman’s current outlook on the issue.

Either way, this is great news!