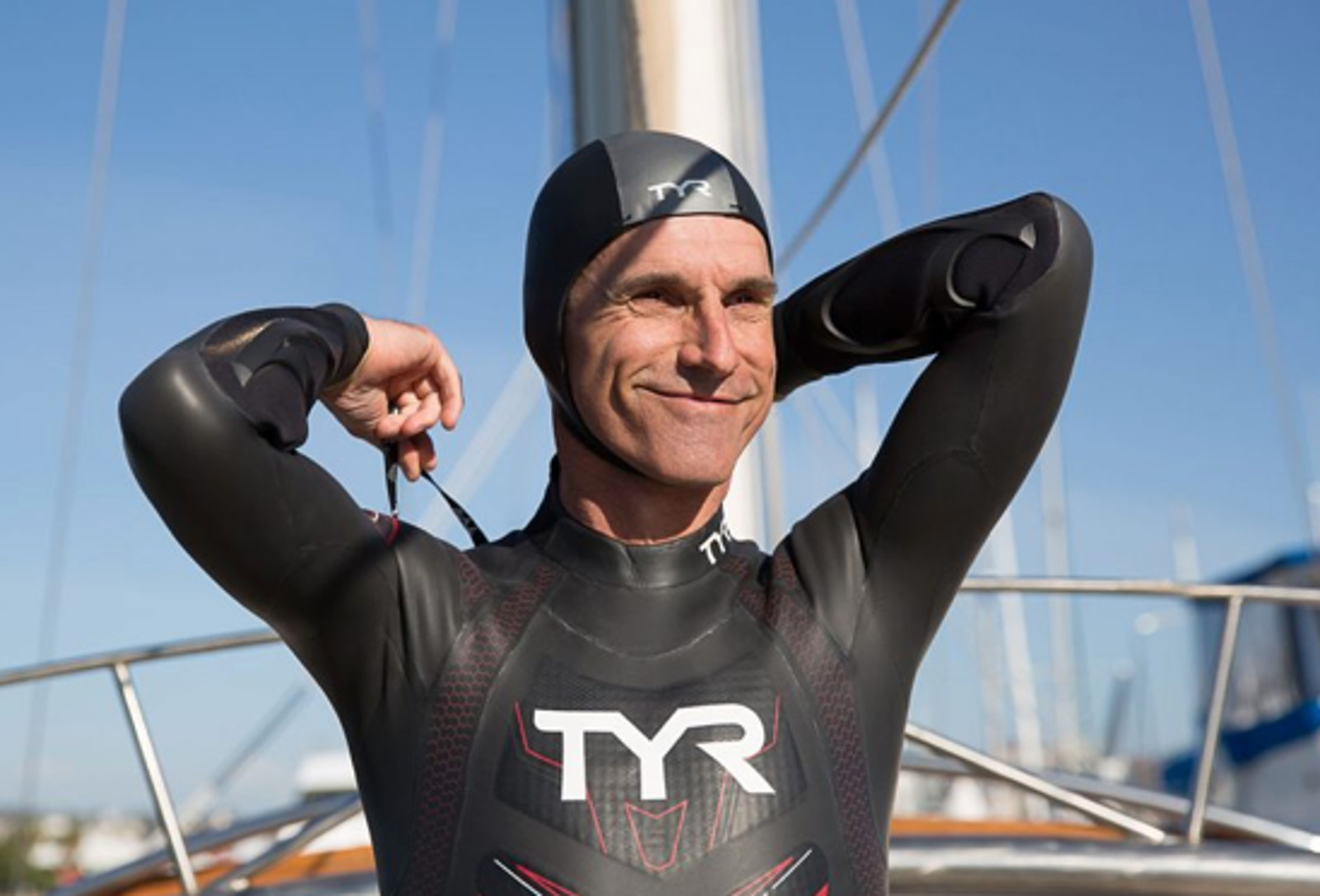 A partnership between Seeker and Discovery has announced The Swim, a new expedition featuring long-distance swimmer Ben Lecomte. Ben Lecomte, the first man to swim across the Atlantic Ocean without a kickboard in 1998, will be embarking on this epic swim from Tokyo to San Francisco in just over a week, making this the first citizen science expedition of its kind.

The Swim, produced in association with Nomadica Films, will follow Ben as he sets off on his attempt to complete a 5,500-mile long swim across the Pacific Ocean in an attempt to raise awareness of the impact of pollution on the health of our oceans. Seeker, the number one most-engaged science publisher on social media in the U.S., will follow this six-month journey broadcasting updates across multiple platforms with live video feed from the boat that will accompany the swimmer. Ben’s journey will be available to watch on Discovery GO in the form of short-form social videos, weekly Instagram Stories, and weekly TV swim updates on Discovery, culminating with a feature-length documentary in 2019.

Ben Lecomte and the crew will be working in collaboration with 27 scientific institutions, collecting over 1000 samples along the way to learn about the challenges faced by our oceans, interacting with 2500 students on a citizen science program with the Ocean Institute throughout the 180-day mission. Part of Ben’s journey will take him through The Great Pacific Garbage Patch, a collection of plastic and other floating trash in a mass drift between Hawaii and California that now stretches some 600,000 square miles.

Ben Lecomte shared in a press statement: “the mission of my historic swim is to bring to light the current state of our oceans. The research we collect during ‘The Swim’ will ultimately help us better protect our oceans and I’m excited to partner with Seeker and Discovery to bring this expedition and our findings to the world.”

So why is this important? From the microbeads in some of our favorite cosmetic brands to the bottles, cans, bags, lids, and straws from our love affair with all things disposable, the amount of plastic dumped into our oceans is reaching a critical state. More than eight million tons of plastic are dumped into our oceans each year. Plastic has been found in the bodies of animals up to seven miles deep, highlighting that plastic dumping is not just an eyesore on the surface.

Plastic pollution is known to cause difficulties for numerous marine animals, most notably sea turtles, seals and sea lions, seabirds, fish, and whales and dolphins. But plastic disrupts more than just individual animals, unbalancing delicate marine ecosystems as well. Aquatic microorganisms are mistaking plastic particles for food, so the impact of plastic in our oceans starts at the very beginning of our food chains and threatens them all the way through. It’s estimated that around 700 different marine species are directly threatened with extinction due to our plastic waste – something none of us should take lightly.

Join us in wishing Ben luck for The Swim and be sure to tune in with Seeker and Discovery to see how he is doing!

To learn more about how you can help reduce the amount of plastic you produce, check out One Green Planet’s #CrushPlastic campaign.