Lab-Grown Leather…Coming to a Mall Near You? 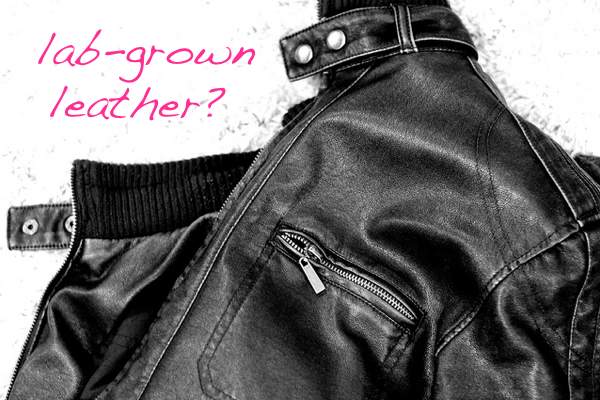 In addition to plowing ahead with plants to commercialize a 3-D printed meat alternative, Modern Meadow is also working to make animal-derived leather a thing of the past.

“By the end of the year, I think we’ll be able to produce a two centimeter by two centimeter sample of leather that’s made without killing an animal,” says Andras Forgacs, CEO of the Thiel-backed startup.

The lab-grown leather-making process begins with gathering cells from biopsies of animals, and ends with maturing them in a bioreactor. In-between is a lot of isolating, modifying, multiplying, spinning, layering, and fusing. Full details on the process are available here.

The company believes lab-grown leather may be a viable option for use in large-scale production of shoes, belts, and bags in as little as 5 years! And that’s great news, not just for the billion+ animals slaughtered each year for leather, but also for human and environmental health.

From land and water consumption to air pollution and runoff, raising animals for leather production is unbelievably toxic to the environment. Not to mention the tanning process, which utilizes a soup of hazardous, toxic, and cancer-causing chemicals. There are certainly plenty of reasons to give leather the boot!

Lab-grown leather is being touted as less toxic and more efficient than the animal-derived stuff. But Modern Meadow isn’t stopping there. The company is also hoping to produce leather with improved durability, breathability, and elasticity.

Although the company is already producing small samples of lab-grown calfskin, they still have their work cut out for them. Next month, Modern Meadow plans to unveil the world’s first lab-grown beef hamburger. The price tag? A mere $330,000!

The first commercially available lab-grown leather is also expected to be expensive. But the company hopes to bring down the price with increased production and sales.

Would YOU wear lab-grown leather? Tell us what you think in the comments section below!