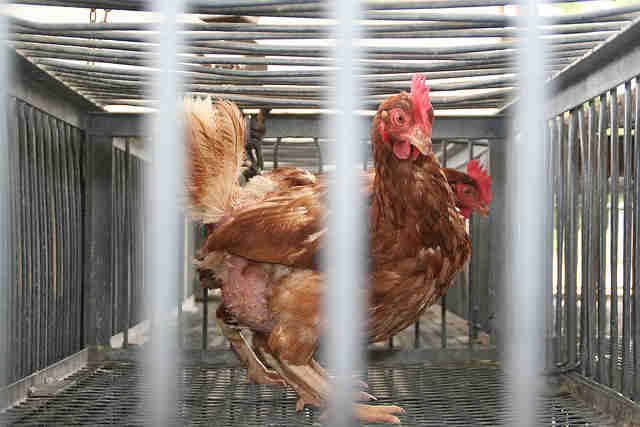 Good news from Florida. The proposed “ag-gag” law, which would criminalize capturing pictures or videos on an animal farm without the owner’s permission was dropped by Florida’s Legislature.

Ag-gag bills surfaced in a number of states in an attempt to combat animal rights activists who go into farms and take undercover photos and videos of animal abuse.

The proposed law met significant resistance in the Senate and House, after animal rights groups rallied against it and lawmakers expressed concerns that it would criminalize innocent people. Ultimately, a state House criminal justice committee unanimously voted for an amendment that would strike the “Ag Gag” provisions from an omnibus agriculture bill.

“These bills threaten animal welfare,” Suzanne McMillan, director of Farm Animal Welfare for the American Society for the Prevention of Cruelty to Animals told the Los Angeles Times.  “However, they also threaten constitutional rights, they have a chilling effect on speech. Which is a serious concern. Any time you limit speech, legally, a higher threshold needs to be met and it’s certainly not being met in this case.”

Four other states are now considering such video and photo bans, including Indiana, Iowa, Minnesota and Nebraska.