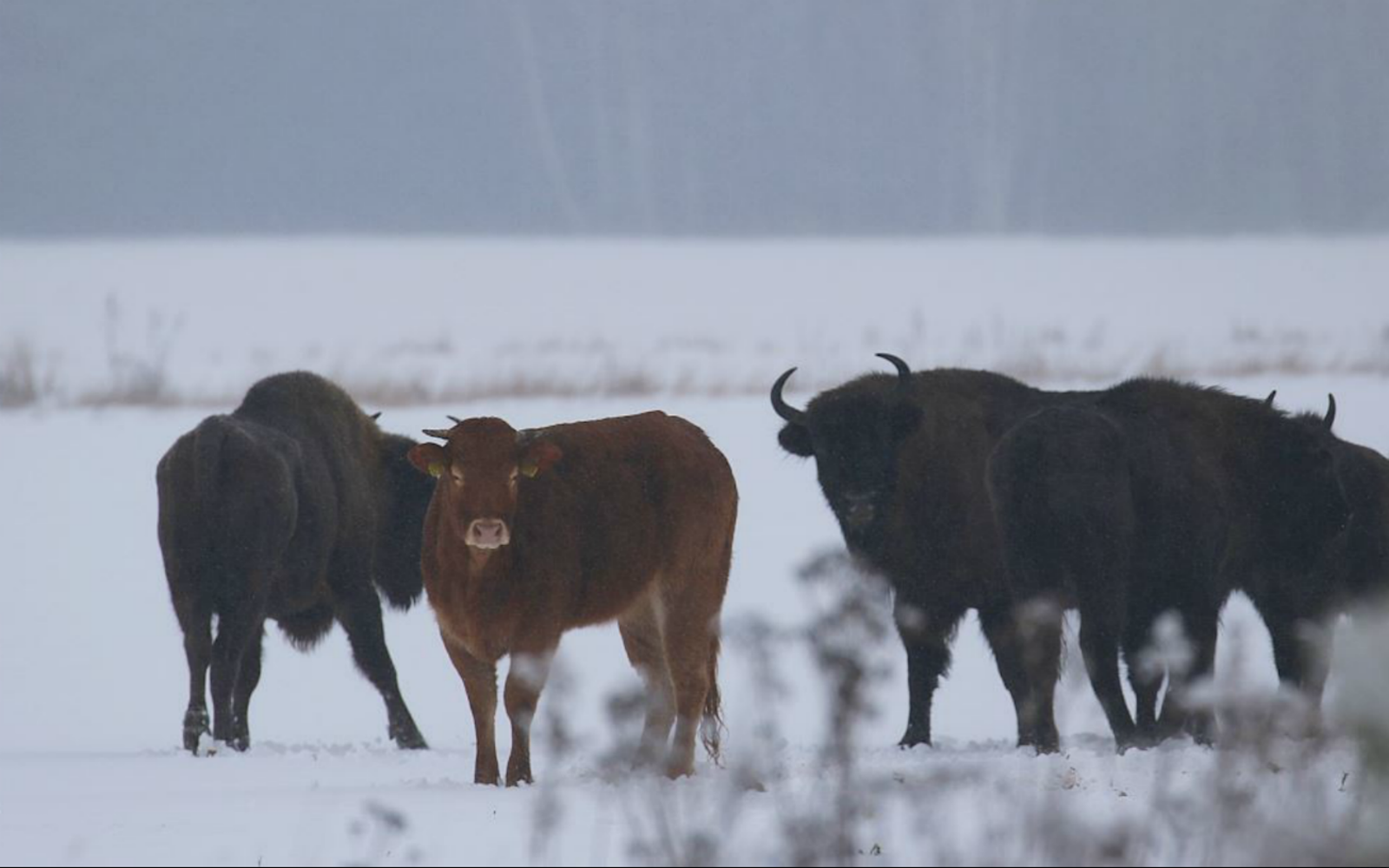 We love a good animal escape story! In 2018, we shared the wonderful update on Freddie the cow, who escaped a New York slaughterhouse in January of 2016. He now lives at Skylands Animal Sanctuary in Wantage, New Jersey, where he is showered with adoration. There was also the amazing story of the six cows who escaped a slaughterhouse in St. Louis and have since found a forever home at The Gentle Barn Missouri. Point being, we are suckers for happy endings for animals!

That’s why when we came across the story of a cow in Poland who escaped a farm, and the fate of a slaughterhouse, and has since been spotted roaming with a herd of bison, we couldn’t help but cheer her on!

Rafal Kowalczyk, Director of the Mammal Research Institute at the Polish Academy of Sciences, managed to get a photo of the cow with her new tribe in the fields of the Bialowieza Forest in eastern Poland! 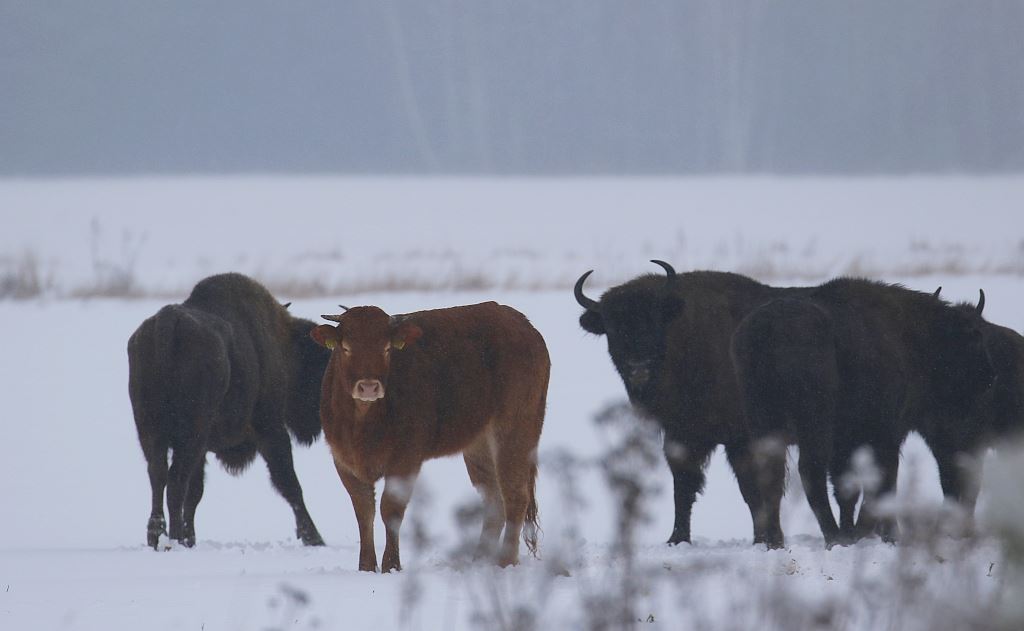 The photo has since gone viral with thousands of people loving the rebel cow. One commenter said, “Next time when I think that something stops me from fulfilling my dreams, I will remember the cow who became a bison.”

While it’s the first time Kowalczyk has ever seen a cow join a bison herd, he did warn of the dangers for such an unusual situation. For instance, if the cow were to mate with a male bison and get pregnant, it’s possible she’ll die during delivery because the hybrid calf would be bigger than a normal cow-calf size. Because of this scientists will likely try and remove her from the herd in the summertime. Fingers crossed she takes to the wind again and continues her freedom streak!

Cows are extremely intelligent and emotional animals. Like humans, cows develop strong bonds with their children and have best friends. They even have special calls for the ones they love – the same way we give our friends and family nicknames. Most cows are treated like commodities and are unable to live their life with the love and understanding they deserve. We like to think this is something this cow understood (since they are, after all, highly intelligent) and it inspired her to take a run for it and join her wild, distant relatives.

Hey, at the end of the day, all any of us wants is the freedom to be and not get tied down by the nonsensical norms of our society, right?