Guess What? Quinoa Isn’t A Grain, But It’s Still Healthy 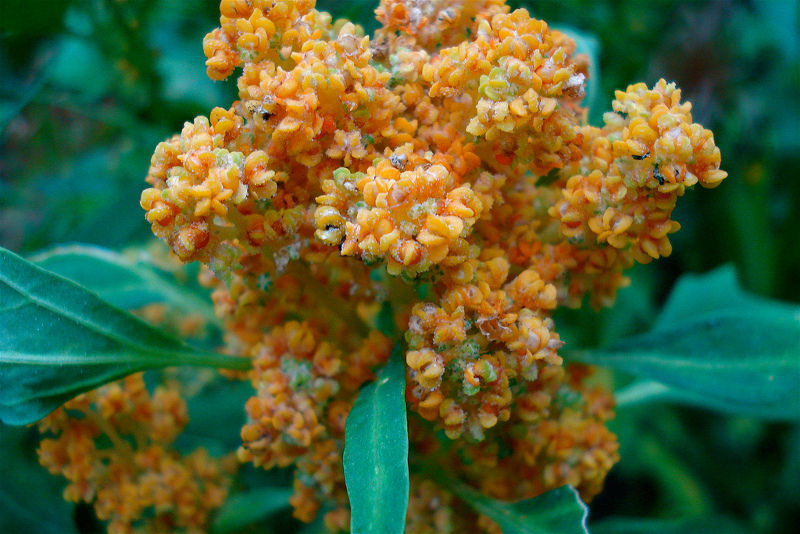 Quinoa is a confusing little thing. First of all, how do you pronounce it? And how did it get to be so popular?

I’ll answer those two questions in a minute, but first let me add to the confusion: You’ve probably heard that quinoa is a healthy grain, but, in fact, this superfood isn’t a grain at all.

Yep. In the Inca language, quinoa means “mother of all grains,” but it’s really the seed of a vegetable, which is in the same botanical family as sugarbeet, table beet and spinach, and is native to the Andes Mountains of Bolivia, Chile and Peru. If the seeds aren’t harvested, the plant will sprout edible leaves.

So, quinoa can be called a pseudo-grain or a pseudocereal. A real grain is a small, dry fruit of a cereal grass, in case you were wondering. The terms grain and grass can be used synonymously, but they only apply to plants belonging to the Gramineae family.

Quinoa (pronounced KEEN-wah) can be eaten in the same way as a grain, and it can also be ground into flour like other grains, which is why it’s often called a grain. But it’s actually healthier than grains …

Why quinoa is healthy

Quinoa is easy to prepare and rich in nutrients. But perhaps the greatest thing about it — especially for vegetarians and vegans — is it’s protein content. Quinoa is a complete protein, unlike grains, such as wheat.

Other good-for-you reasons to eat quinoa:

Why quinoa got so popular

Only 15 years ago, people outside South America had never even heard of quinoa, but now the seed is popular in the United States, Northern Europe and Australia.

It’s hard to say exactly why this grain got so popular, but it’s ease of use and high nutritional value have something to do with it I’m sure. Also, the United Nations naming 2013 the International Year of the Quinoa certainly helped, and the grain is highly adaptable to growing in different terrains.

All in all, quinoa is a good thing to eat. And hey, it might even help you live to be 123 years old like this guy — possibly the oldest person to have ever lived!

Now read ways to use quinoa and recipes.