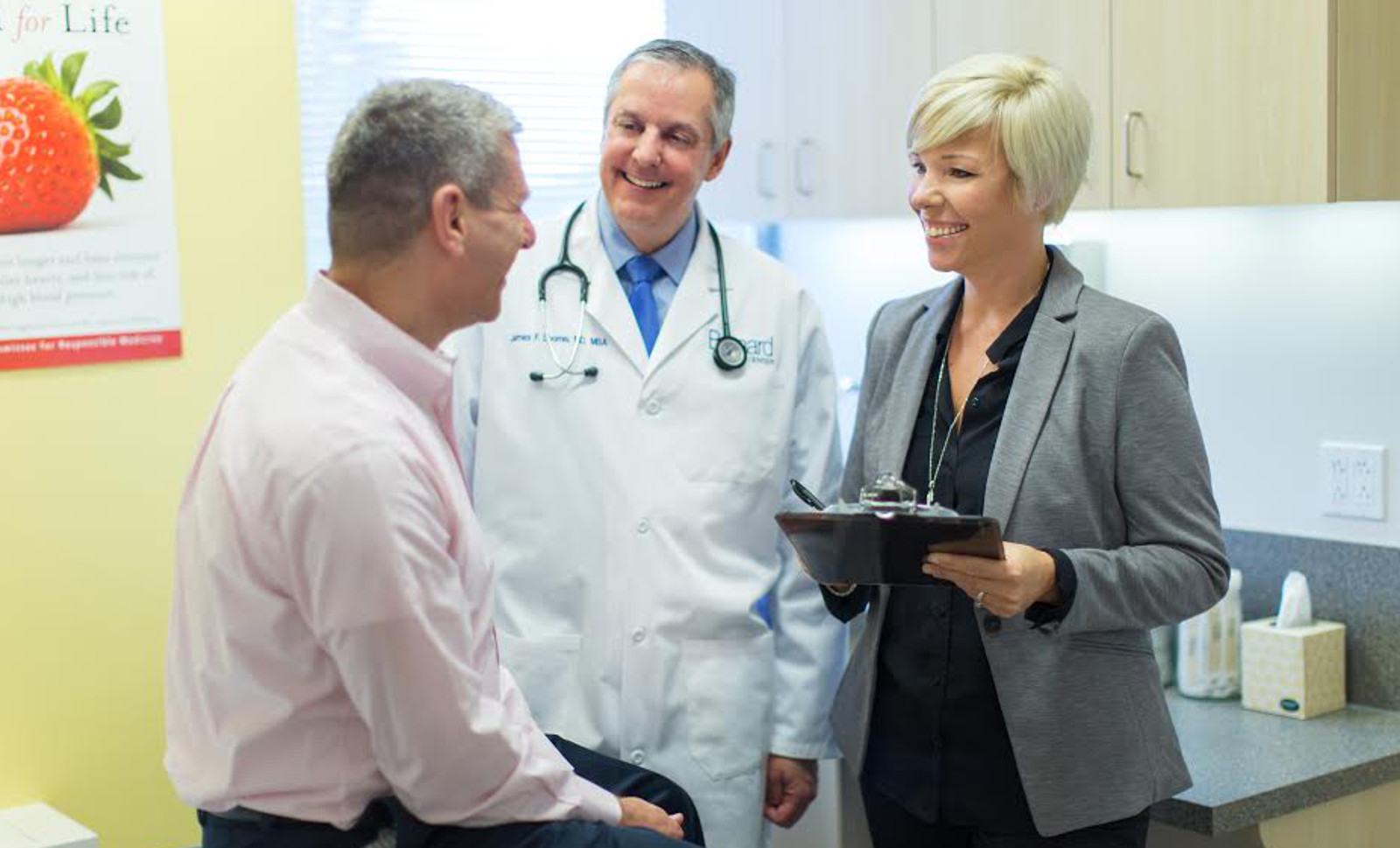 “My doctor has never talked to me about nutrition,” says Randy, a 57-year-old St. Louis native, who once weighed more than 400 pounds. Randy suffered from a long list of symptoms: elevated cholesterol, elevated blood pressure, high blood sugar levels, heart arrhythmia, heartburn, and shortness of breath. For two decades, his doctors prescribed a cocktail of pills: one to lower his cholesterol, another to bring down his blood pressure, and even a painkiller to manage all the pain. Each drug helped to treat or mask a symptom or two—for a while—but it wasn’t long before new problems arose. Never once did Randy’s doctors question why these symptoms appeared in the first place: a lifelong diet filled with meat, dairy products, and processed foods.

Preventable chronic diseases of lifestyle have taken an enormous toll on our country: They now account for 7 in 10 U.S. deaths and 86 percent of our $3 trillion health care budget. Shockingly, diet has recently surpassed even smoking as the leading risk factor for disease and death in the United States. And for the majority of Americans, the personal costs are even greater. Take type 2 diabetes. More than 100 million Americans now suffer from diabetes or prediabetes, putting them at greater risk for heart disease, kidney failure, stroke, amputations, blindness, and even death. It only gets scarier when we look toward the future: If nothing changes, 1 in every 3 children born after the year 2000 will develop diabetes at some point in their lives. Nearly a quarter of U.S. teens already suffer from diabetes or prediabetes.

As daunting as the problem may seem, we know what causes type 2 diabetes, and we know how to prevent it. Epidemiological studies have consistently shown that populations who base their diets on high-fat meat and dairy products are at greater risk of developing type 2 diabetes, compared to populations who consume plant-based diets. The same holds true for a host of other chronic conditions: heart disease, elevated cholesterol, obesity, and certain forms of cancer. Studies show that by following a healthful diet and lifestyle, we could even prevent up to 80 percent of heart attacks and 50 percent of cancer deaths.

But in spite of the clear evidence linking poor diet to chronic disease, doctors still aren’t talking to patients about what they’re eating. Randy, who had been on blood pressure medication since he was 25, was never once told that diet could improve the condition. Unfortunately, Randy’s doctors’ silence isn’t uncommon. A 2010 survey found that only 13.8 percent of physician office visits included counseling about nutrition or diet.

And yet how many office visits include conversations about how statins can lower cholesterol or how Metformin can control diabetes? Our health care system is upside down.

Instead of addressing the underlying nutrition and lifestyle problems that cause disease, we just pass out drugs; nearly a third of Americans now use statins and more than half of insured Americans take at least one prescription drug to manage chronic disease. And, tragically, when we take this treatment based approach, we may be able to lower your cholesterol or lower blood pressure with medications, but we have done absolutely nothing to lower your risk for colon cancer, Alzheimer’s disease, or many other chronic diseases that have the same root cause.  We no longer practice “Health Care,” we practice “Sick Care!”

I see a better way. Earlier this year, the Barnard Medical Center – a primary care facility that integrates prevention and nutrition into health care – opened in Washington, D.C. At the Barnard Medical Center, we use nutrition as the primary means to prevent, treat, and reverse the underlying causes of chronic disease. While we prescribe  medications as needed, our goal is to reduce their use whenever possible. Our highly effective approach is backed by decades of research – including the Physicians Committee’s own NIH-funded type 2 diabetes research – that proves the safety and effectiveness of plant-based diets for disease prevention and treatment.

The same approach is what finally worked for Randy. A few years ago, while bound to a hospital bed for a month with a painful blood clot that ran from his knee to his ankle, he reached his breaking point: “I felt like a ticking time bomb. I knew I had to do something.”

After hearing about the promising results of the Physicians Committee’s clinical research studies on plant-based diets, Randy decided to overhaul his diet. Meat, milk and eggs were out; greens, sweet potatoes, and lentils were in. The results were dramatic. In addition to dropping nine pant sizes, Randy shocked his doctors when tests revealed that he no longer needed several medications he had been taking for years. Now, his chronic pain has disappeared, and he has more energy than he did two decades ago.

After transforming and maintaining his health for several years, Randy now has the full support of his doctors. But if his health care team had communicated with him about diet earlier, his condition may have never progressed as far as it did.

At the Barnard Medical Center, we prioritize patient education and support. While many health care providers are so crunched for time that they simply can’t address nutrition with their patients in a meaningful way, appointments at the Barnard Medical Center leave plenty of time for patients to discuss their conditions with our clinicians. Patients are then invited to meet with one of our four staff dietitians, who will support them in making and maintaining dietary changes. All patients are also invited to attend one of our free 12-week to 20-week-long nutrition programs, which are designed to address specific health issues. Graduates of these programs have the opportunity to then attend ongoing support groups. We also offer a variety of other free classes  that incorporate nutrition education, cooking demonstrations, and grocery tours.

For many doctors, it’s not that they don’t want to talk to their patients about diet. In fact, most do. A survey found that 94 percent of doctors would like to provide nutrition advice, but only 13 percent feel qualified to give it. We hope to change that. The Barnard Medical Center is also a place where students can learn. As an affiliate of the George Washington University School of Medicine, we will provide training for GWU medical students, along with students and residents from other schools around the world. We are also working to develop nutrition curricula to be used in U.S. medical schools.

My hope is that the Barnard Medical Center will help shape a new paradigm of medical care: one that is based on the idea that food is the most powerful medicine we can give our patients and that the fork and knife are two of the most important tools we have to begin delivering real “Health Care” again.