Including Everyone in our Circle of Compassion 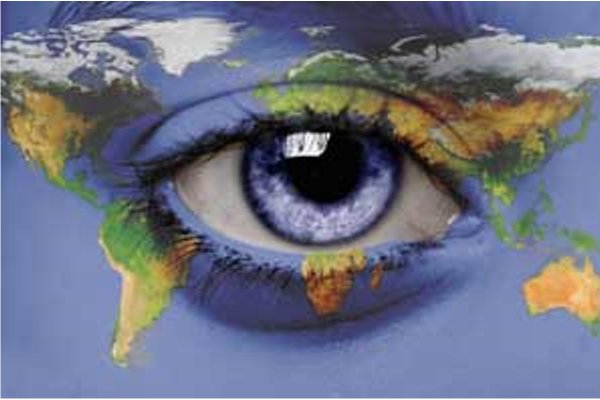 I’m a humane educator, someone who teaches about the interconnected issues of human rights, animal protection, and environmental preservation in an effort to provide people with the knowledge, tools, and motivation to be conscientious choicemakers and engaged changemakers for a healthy, just, and humane world for all. At the Institute for Humane Education, where I work, we offer the only graduate programs in comprehensive humane education that cover these three, interwoven subject areas, and what’s interesting is the ways in which different people respond to these core topics depending upon their perspective entering the program.

Those who find our organization and programs because they are progressive educators or environmental activists or human rights advocates are periodically surprised that animal protection is a core course in the program. While they are certainly open to the subject, it is not one that they necessarily expected to find in a graduate program designed to prepare educators to teach for a better world.

Not surprisingly, given how few programs address animal protection as a core issue, one of the primary consituencies to enroll in our programs is animal protection advocates. They, however, are rarely surprised that our programs have core courses in human rights and environmental ethics. It makes perfect sense to them that if the goal of humane education is a peaceful, restorative, and just world, the graduate programs will focus broadly on people, animals, and the environment.

And yet, despite the fact that social justice, environmental preservation, and animal protection are all part and parcel of a just, healthy, and humane world, I am periodically surprised by activists whose compassion is so exclusive as to actively reject embracing ideas and choices that are humane and peaceful toward all. While I don’t find such people enrolling in our programs, I do find them at activist conferences, rallies, and in the blogosphere, and it’s dismaying.

For many years, I found the most glaring example of the neglect of one suffering group by those active to end the suffering or exploitation of another in the catering at environmental and human rights events. Whether it was meat (and factory-farmed meat to boot) served at environmental events (despite the environmental toll of animal agriculture), or disposable plates and plastic utensils used at human rights events, it always seemed ironic to me that one or more exploited groups were so unnecessarily rejected as deserving of consideration.

As someone who cared passionately about animal exploitation and abuse and sought to eradicate it, and who also cared passionately about human suffering and exploitation and sought to eradicate it too, and who wanted desperately to protect our environment, I found the inconsistency of attention to compassion, care, and respect for all frustrating and upsetting. Why didn’t others feel, as I did, that everyone and everything should be treated with compassion and care?

I would bring up these issues, asking our local nature center to consider veggie burgers and soy dogs instead of of hamburgers and hotdogs and suggesting to event organizers that they consider non-disposable products, and even if they didn’t change, they were generally willing to listen and treated my concerns with respect.

What I never expected was to see some animal activists so dismiss human rights concerns at a conference I attended awhile back. At the end of a workshop on strategies for protecting animals, a frustrated and angry woman shouted out, “I’m tired of people saying that vivisectors and factory farmers aren’t bad people, they’re just doing a bad thing. What I have to say to those people is f___ you! Vivisectors are bad people! Factory farmers are bad people!”

My had flew up in the air to respond. “With all due respect,” I began, “then we are all bad people. How many of us are wearing clothes produced in a sweatshop? My husband was a vivisector and now he’s a veterinarian,” I continued, before being interrupted by another woman who shouted out, “He was a bad person and now he’s a good person!”

While this seemed a very narrow definition of a good or bad person (which is not how I perceive people anyway), I returned to my original thought. “Do you know if your shirt was produced in a sweatshop?” I asked.

“That’s not my issue!” she shouted.

And that is when I found myself reeling from the failure of someone so deeply compassionate about animals to even consider the plight of people spending their days toiling in miserable conditions to make her clothes.

I felt that in that single moment I’d discovered the ugly underbelly of single-issue care, which to me has always seemed like an oxymoron. What sort of world did this woman imagine she was working to create? One in which animals were no longer exploited but where young girls were forced into sex work in brothels? A world where the chocolate was all dairy-free but the cocoa beans were still harvested by slaves? A world where individual animals were no longer victimized but where environmental devastation wrecked havoc on habitats, resulting in massive species extinction?

It’s understandable that we may not be able to actively work on every issue, but to dismiss the harm one is unnecessarily causing by saying “that’s not my issue,” is myopic and even mean-spirited. Ironically, it might make the human rights activist eating veal and wearing a fur coat a kindred spirit, given that both believe that single-issue concern makes sense (albeit a different concern).

I had always perceived animal advocates as the most capable of and willing to understand and connect forms of oppression and harm, extending their circle of compassion the widest, but that day I discovered that the failure to widen our circle to include everyone exists among animal activists just as it does among human rights activists and environmentalists.

But to me it’s all connected. The same forces that enable us to exploit and oppress one group are the same for any other. I believe we must widen our circle of compassion and concern to include everyone. When we do this, we will finally create systems that are humane and sustainable for all; we will finally  seek and find solutions that enable us to move beyond either/ors toward a both/and ethic that brings peace and health to everyone. We will finally be capable of creating a truly humane world.