A Quick Guide to Growing and Utilizing Elderberries 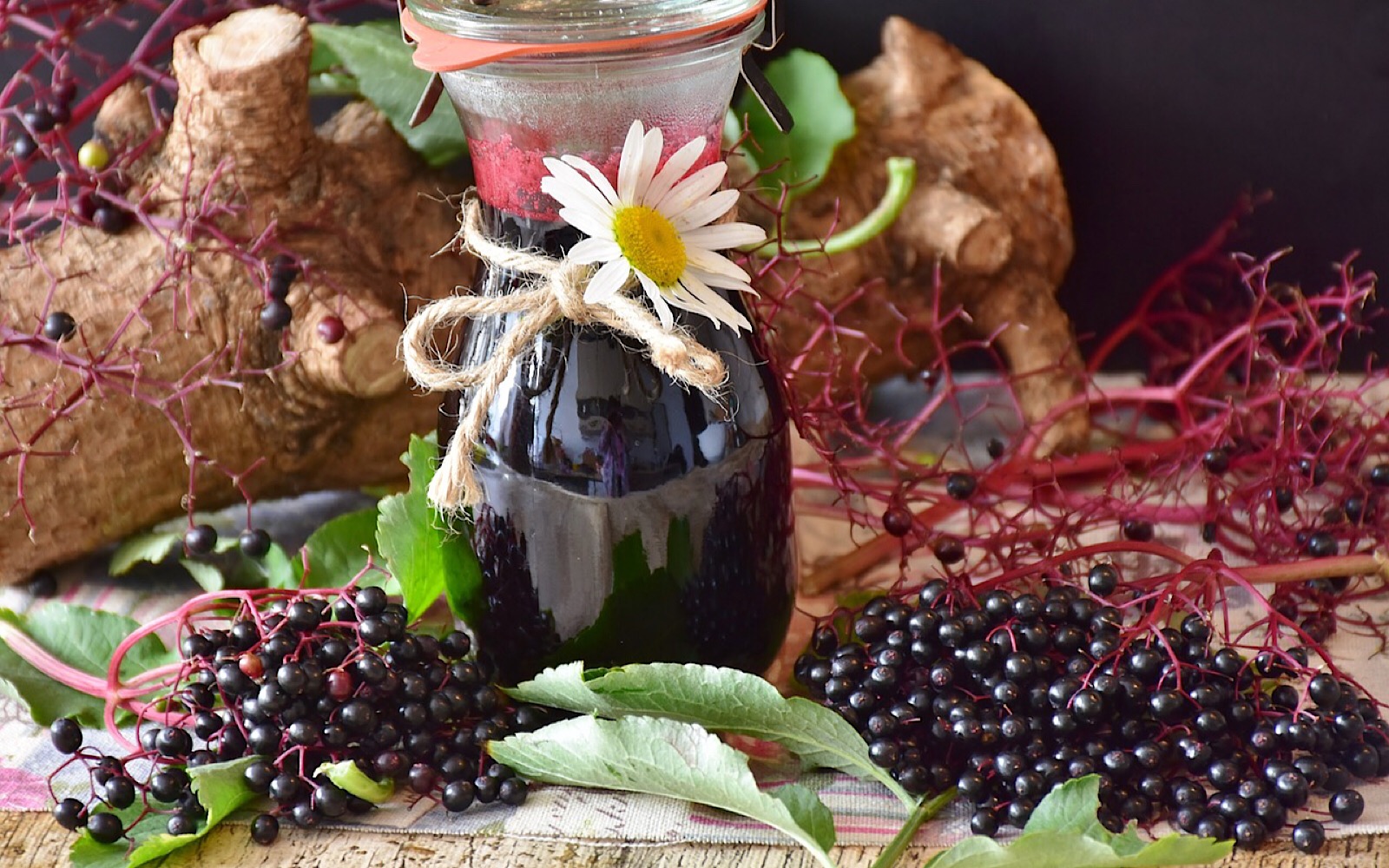 Although elderberries haven’t experienced great fanfare in the US, they have been beloved in Europe for some time, and they are still beloved by Native Americans. In fact, they are actually native to both places, and they are extremely versatile when put to use. Though not particularly delicious on their own, elderberries make tasty jams, syrups, juices, jellies, pies, and wines. Even the flowers are edible, and they make a delicious tea to boot.

Best of all, elderberries are reasonably easy to grow. They don’t mind wet areas and can deal with subpar soil. Another uplifting part of planting elderberries is that they produce quickly, tolerate a bit of shade, and can survive in Zones 3 through 10, which is just about all of the contiguous U.S.

In other words, most of us should be considering growing some elderberries.

Specs on an Elderberry Tree 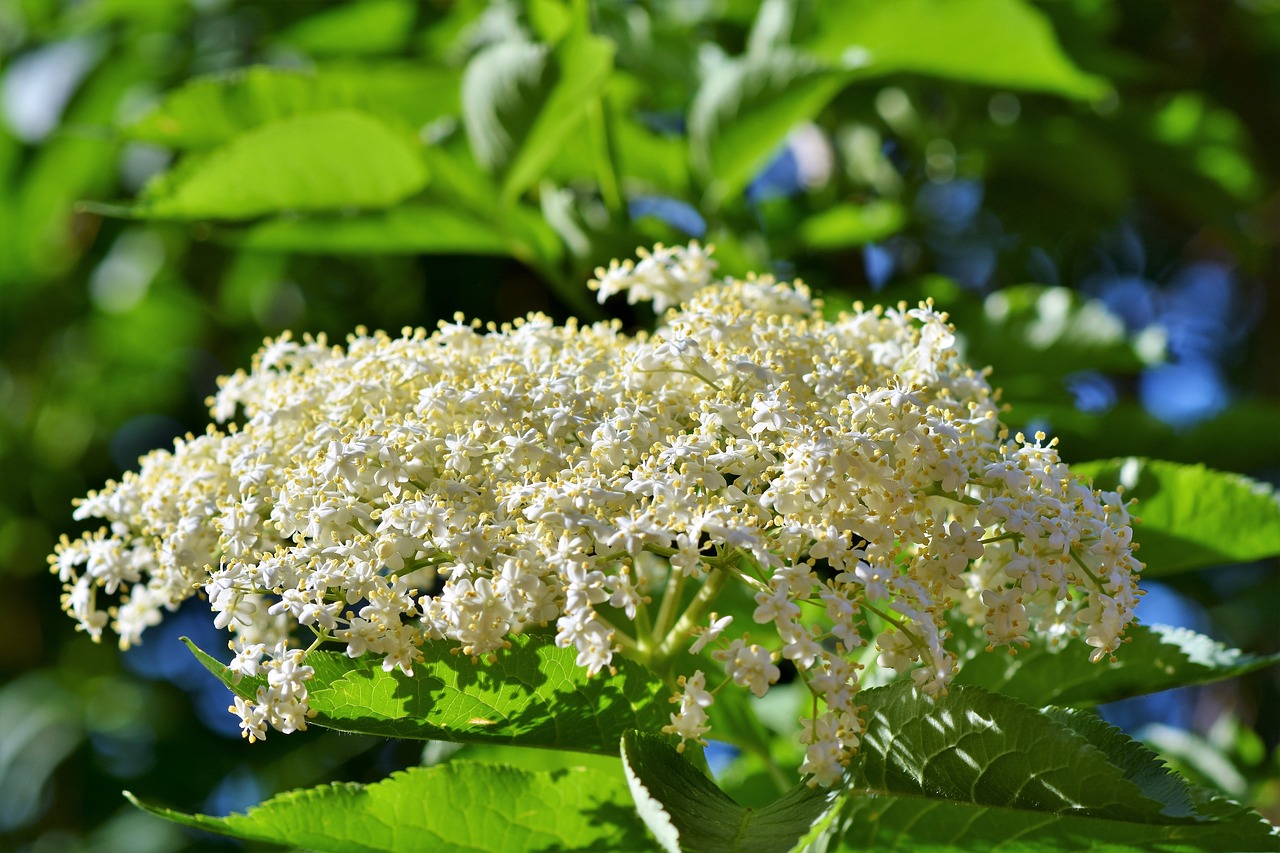 Elderberries, otherwise known as elderflowers, come from the Sambucus family. The shrubs regularly grow up to 12 feet tall, with some pushing the 20-foot mark, and they can spread out to about 12 feet wide as well. They are very fast growers and can be trained to act as trees rather than shrubs by choosing a central trunk and keeping shoots trimmed off as it grows.

Elderberry plants are deciduous, with leaves that are longer than they are wide. In the summer, they show off clusters of little white flowers that can collectively span about a foot. Then, by late summer or early fall, the tiny berries, each only about a ¼ inch wide, begin to form. They are dark and also in clusters.

The berries are renowned for carrying lots of vitamins and minerals. Additionally, elderberries are recognized as medicinally beneficial in several ways: aiding digestion, improving heart and lung health, controlling diabetes, strengthening bones, boosting the immune system, and much more. However, the Sambucus family does have many toxic members (only the berries and flowers are ever edible), so elderberries should only be eaten when cooked and properly identified. 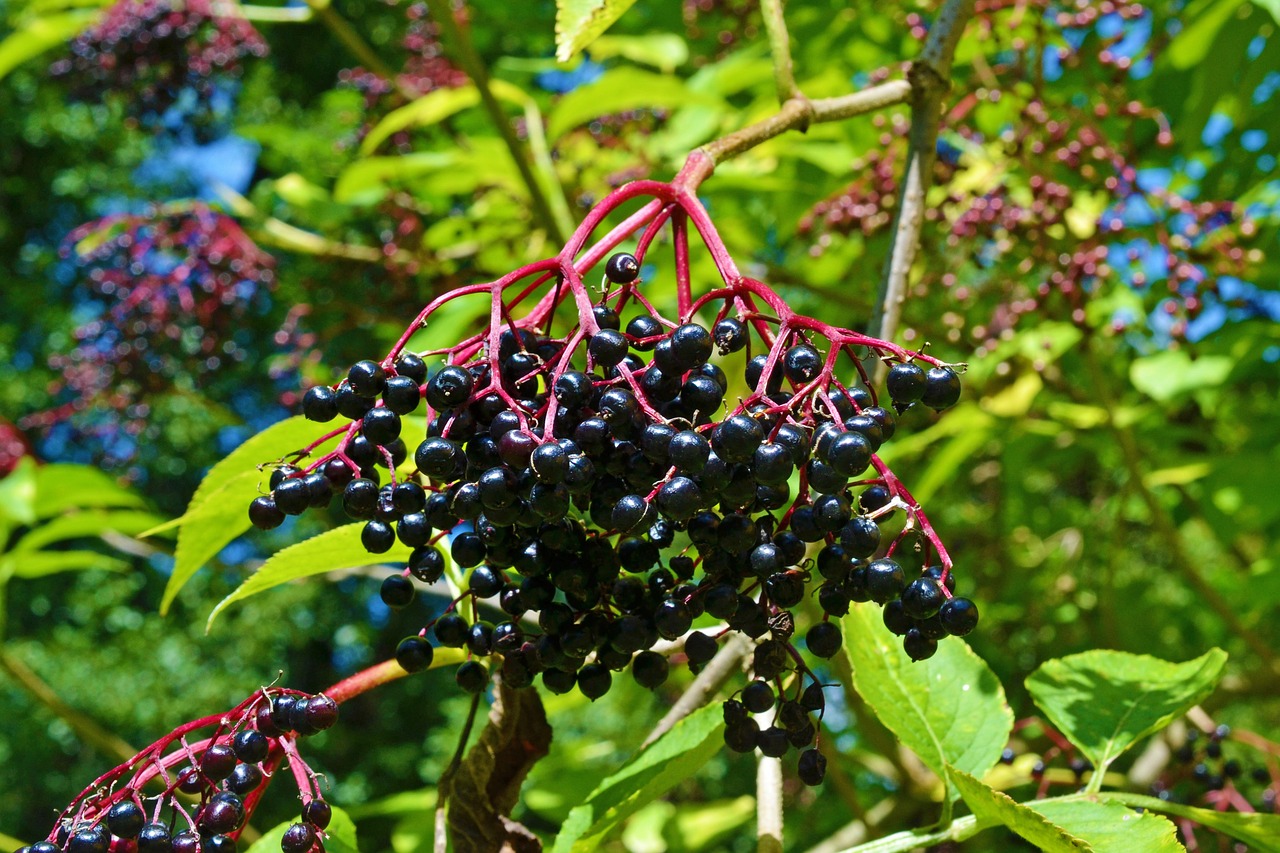 First of all, there are several varieties of elderberry from which to choose. Adams elderberry is the most popular in the US and can be bought online as small plants. Black beauties are the European favorite, and the plant remains smallish at about six feet. Blue elderberries, which can appear individually like blueberries, are native to the US West Coast. There are many more to consider: European reds, lemony lace, black lace, and York, to name but a few.

While elderberries can deal with poor soil conditions and shade, for them to produce at their best, they prefer lots of sun and loamy soil with a lot of organic material. They are perfect plants for spots that hold water a little too long. However, the plants aren’t likely to thrive in areas with regular droughts. It’s also important to include at least two elderberry bushes in the garden design, as they need to cross-pollinate. Bushes should be planted at least a yard apart. As for timing, it’s best to plant the bushes in early spring, while they are still dormant.

Taking care of elderberry bushes is relatively easy. The main thing is to make sure they have plenty of water. They like roughly an inch a week, so summertime rain shortages do require a little irrigating. It’s a good idea to mulch heavily around the base of the tree to prevent the soil from drying out in the sun and the weeds from challenging the plants. Dead or otherwise, distorted canes should be removed in the spring. 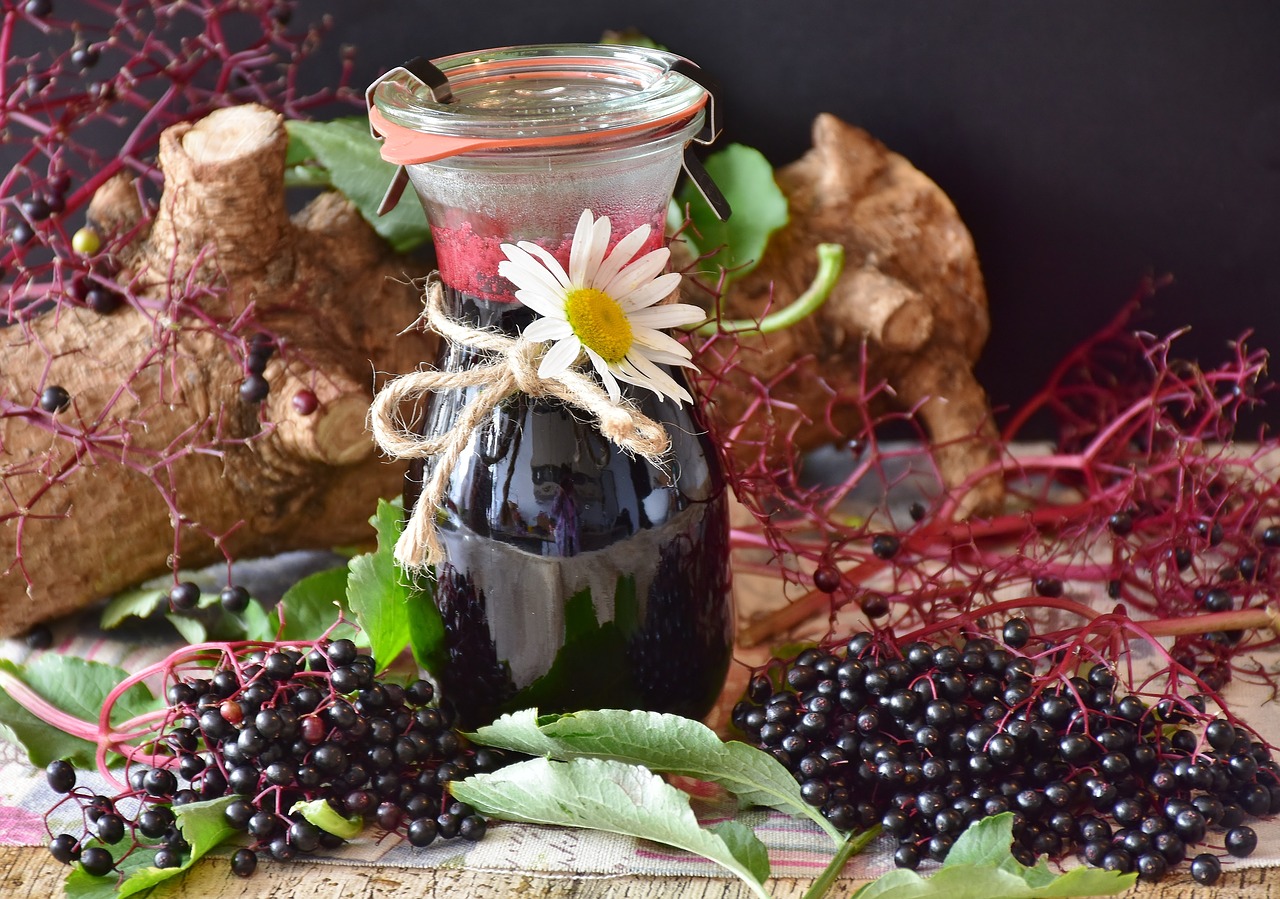 Elderberries are most often used for syrups, jams, and wines. When the berries get large enough to begin dropping on the stem, they are ready to harvest, and sometimes, the race with the birds proves the largest challenge. It’s not a bad idea to wear old clothes and gloves when harvesting, as these little guys are good at staining stuff.

The bulk of the stems and debris should be dry-sifted out of the berries, and the fruit can then be slowly poured into a bucket of water to remove the remainder. The mature berries will sink; the other junk will float.

Then, it’s a matter of choosing a good recipe and going for it. Three or four pounds of elderberries is enough to make a gallon of wine, what is considered the best berry wine out there, or whatever else sounds interesting. Once a bush is mature, it can yield around 12 to 15 pounds, so there should be plenty of berries to play with.

Doesn’t that sound delightful and delectable? Good luck growing them.