Why We Can’t Stop Standing With Standing Rock Now 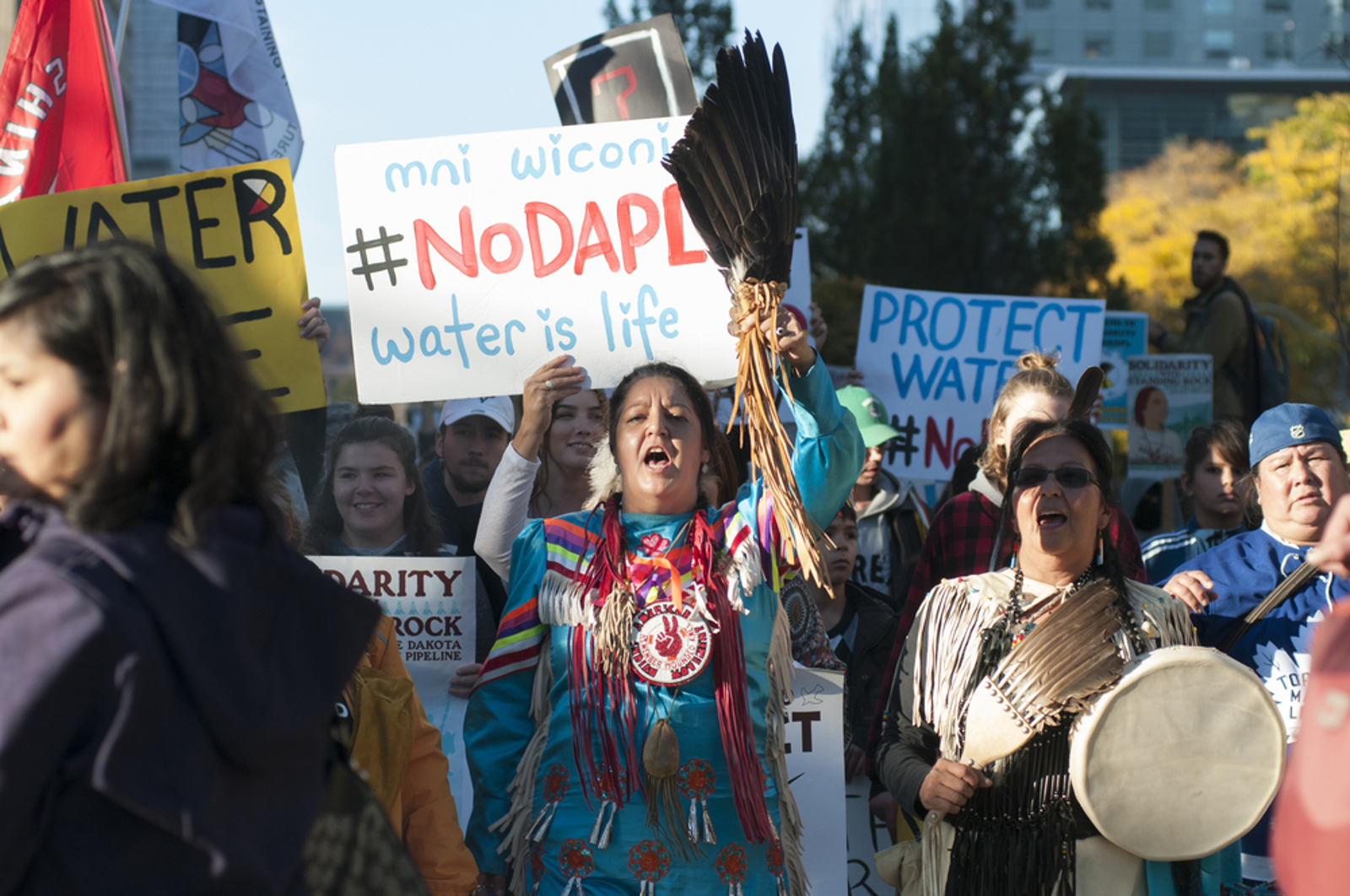 Just as quickly as progress was made on stopping the Dakota Access Pipeline (DAPL) from moving forward, President Trump stepped in and immediately signed an Executive Order on January 24, 2017 to advance the construction of the pipeline and expedite the environmental review despite the outpouring of protests. Now the Army Corps of Engineers has canceled the environmental study and is prepared to move forward. Donald Trump is claiming that he has not received a single call from an American complaining about DAPL. So much is at stake here and it is up to all of us to continue to stand with Standing Rock. Take action today!

What Is Standing Rock All About?

DAPL is a 1,172-mile-long underground oil pipeline project that starts in the Bakken shale oil fields in northwest North Dakota and travels southeast through South Dakota and Iowa, ending at the oil tank farm near Patoka, Illinois. It is about 87 percent complete.

The pipeline has been controversial because of its potential impact on the environment. Native American communities in Iowa and the Dakotas have opposed the pipeline, including several Sioux tribal nations that live on the Standing Rock Sioux Reservation. For the past several months, the people living on the reservation and their supporters have been fighting to protect their sacred lands and precious water supply from potential destruction of DAPL.

The process has entailed several legal ups and downs. In September 2016, the U.S. Department of Justice received more than 33,000 petitions to review all permits and order a full review of the project’s environmental effects. On September 9, 2016, a statement was issued by the U.S. Departments of Justice, Army, and Interior temporarily halting the project on land bordering or under the Lake Oahe reservoir, which includes Standing Rock. The company was asked to pause construction near that area until further study was done in the region.

Then on December 4, 2016, the U.S. Army Corps of Engineers (USACE) announced that it would not grant an easement for the pipeline to be drilled under Lake Oahe and was pursuing an environmental impact statement to look at possible alternative routes. Just before Obama left office, the USACE filed its formal Notice of Intent to conduct the Environmental Impact Statement process. This opened a thirty-day comment on the scope of the project and addresses concerns about crossing Lake Oahe. President Trump wants the project to move forward, so time is of the essence to take action against this harmful decision.

Protesters are deeply concerned about DAPL’s impacts on air, water, wildlife, and farming. They are worried that the Missouri River will become contaminated in the event of a spill or leak, destroying an important source of drinking and irrigation water for thousands of people. This concern is not without merit, as there are plenty of cases when pipelines have leaked or broke, such as in December 2016 when 176,000 gallons of crude oil leaked from another site in North Dakota.

Farmers are particularly concerned about the disturbance of the land, soil erosion, and soil quality. Finally, wildlife is being threatened. Last year it was reported that wild buffalo were being corralled and held behind razor wire fencing without food or water near DAPL, and that the construction company planned to kill the animals. Overall, the Standing Rock Sioux and the Cheyenne River Sioux tribes have believe that the pipeline and its construction threatens the tribe’s way of life including their water, people, and land.

Ways You Can Stand Up For Standing Rock

Make a call. Voice your opposition to the Dakota Access Pipeline and ask for the environmental assessment to be completed by calling the Army Corps of Engineers at 202-761-5903.

Join a protest. Protests at pipeline construction sites in North Dakota have been going on since spring 2016. Consider heading up there for a few days or weeks to show your support in person or attend a local protest in your community such as the one recently in Los Angeles.

Divest your money. Leave financial institutions funding DAPL. Write a message to these companies stating that you plan to divest because you oppose this destructive project. Use this tool to send a mass email.

Send donations and/or supplies. Thousands of people are based in the area to protest and need supplies and financial support to keep going. Send donations to Sacred Stone Legal Defense Fund and  Standing Rock Sioux Tribe DAPL Donation Fund.

Educate others. Share updates on the DAPL situation with friends and family using social media (#DakotaAccessPipeline, #nodapl, #standingrock) to keep this issue top-of-mind.