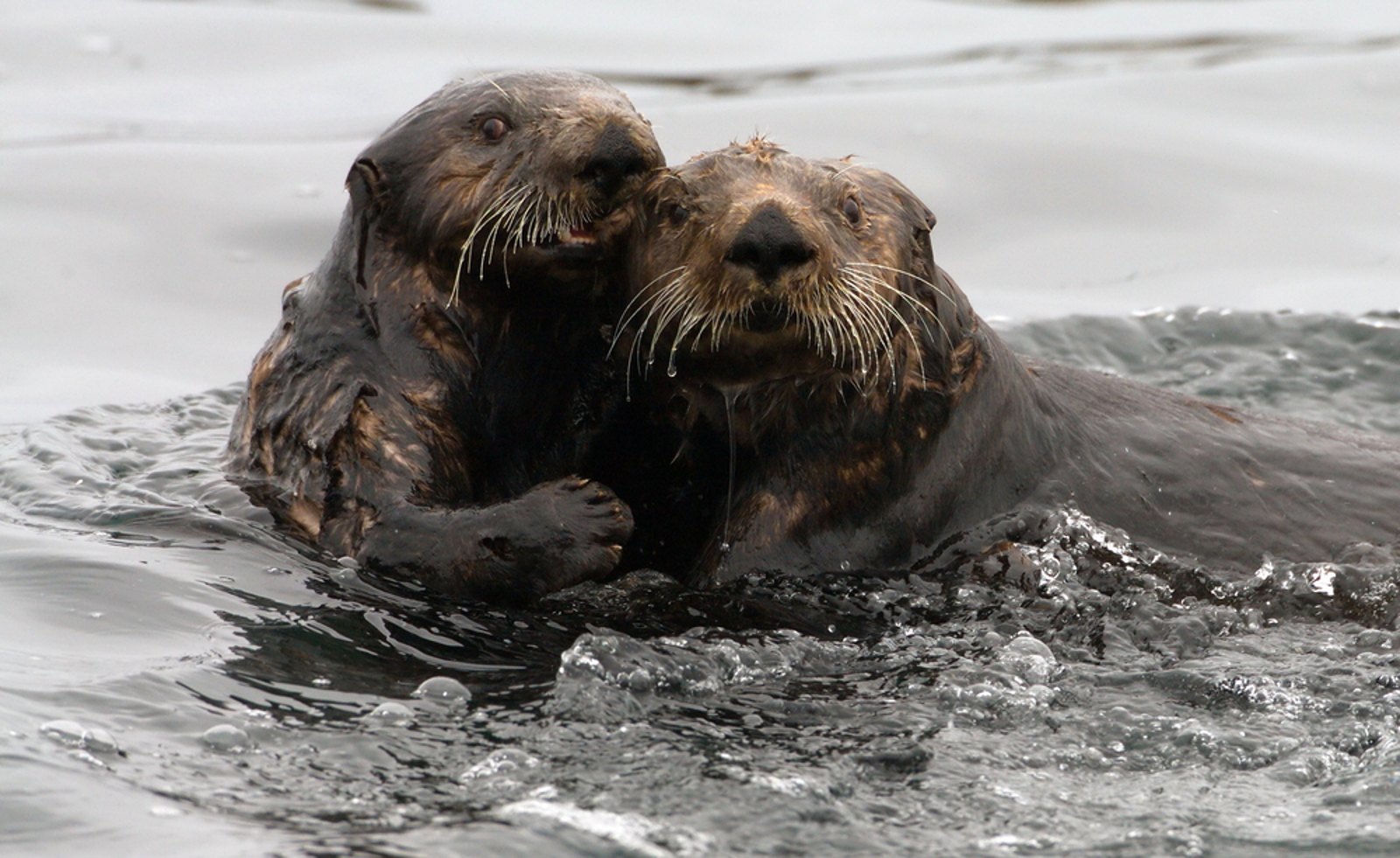 Last month, the bodies of three sea otters were found washed ashore in Santa Cruz county. When experts looked closer, they discovered the bodies were of three male otters and they were killed by gunshot wounds. While there is no definitive culprit for this crime, experts have reason to believe local fishermen are to blame given they often view otters as a problem for business.

“We are all just aghast that something like that would happen,” said Dave Feliz, the manager of the Elkhorn Slough Reserve, a field laboratory for scientific research and estuarine education that has played a large role in recovering the otter population. Thankfully, the California Department of Fish and Wildlife and the Monterey Bay Aquarium have united to find the shooter or shooters because, as Feliz says, they “are breaking the law, and they are killing this animal that is just loved by people.” There is currently a  $20,000 fine to find the people responsible.

While this effort is definitely needed, unfortunately, with the conflict rising between fishermen and otters, many otters aren’t receiving the protection they need. Intentional otter killings are beginning to occur more regularly due to this animal’s taste for aquatic creatures such as fish, crabs, squid, and sea urchins. As the populations of these fish and crustaceans drop, mostly a result of overfishing in the area, otters are suddenly considered being in “competition” with fishermen. Tragically, this has lead fishermen to hunt or ‘’accidentally’’ run over otters with their boats.

Why We Need to Protect Otters

Found across the coasts of the Pacific Ocean in North America and Asia, sea otters spend most of their time in water, only coming ashore to rest or sleep. Once hunted for their fur to the extent that they nearly became extinct, with a mere 1,000 remaining in the 20th century, sea otters are now protected by law. Or at least, 150,000 of them are.

Thanks to the Endangered Species Act, it is illegal to kill sea otters in the United States. That is why authorities are keen on finding those responsible for the killing of these three otters and rightly so. While sea otter numbers aren’t in grave trouble, things aren’t looking too optimistic either.

With the recent increase of dead sea otters found ashore, it’s clear that things aren’t looking great for the sea otter population. The last time this amount of sea otters were found shot and dead was back in 2013. Three otters were discovered at Asilomar State Beach, dead. According to environmental scientist for the Department of Fish and Wildlife, Mike Harris, ‘’an average of one sea otter has been found shot every year along the California coast.’’

What Has Human Fish Consumption Got to Do With it?

The United States produces around 250 metric tons of Abalone every single year. And sea urchins are California’s largest export item. Both of these foods make up a sea otter’s staple diet. In addition to the fishermen catching these marine creatures, sea otters are trying to catch them too. Hence, the fishermen-sea otter war emerges.

The problem is, humans eat a lot of fish. In 2012 alone, the average U.S. consumer ate around 14.4 pounds of seafood. The overexploitation of global fish populations has tripled since the 1970s due to rising population and demand for seafood and we are being faced with the stark reality that we are rapidly depleting the ocean of fish. According to the UN Food and Agriculture Organization (FAO), around 90 percent of the world’s stocks now fully or overfished and studies have shown that if nothing happens to curb the demand of fish, as the world’s population continues to rise, the oceans are in danger of collapsing by 2025.

With the global availability of prime seafood dropping, fishermen are resorting to extremely aggressive methods of fishing, including using massive, heavy nets to catch every fish in sight – and even going to the degree of killing competitive marine species like the otter to ensure they meet their quotas.  While this might be good news for the seafood consumer, it is nothing short of devastating for our global ocean ecosystem.

It might not be readily apparent, but we are all responsible for the loss or survival of otters and countless other animals, and this responsibility is largely tied to our consumption habits. Considering that the average person could save around 225 fish every single year by leaving it off the menu, if everyone in the U.S. made a concerted effort to reduce fish and seafood consumption, we could make a huge positive change for the marine environment.

The otter is an unintentional victim of our food choices but all have the power to choose better. By opting for plant-based foods instead of fish and seafood, we stand to give marine animals a fighting chance at survival. Otters and other mammals targeted by fishermen play a vital role in maintaining their individual ecosystems and when they disappear, it often results in a trophic cascade that inevitably harms humans. In fact, otters are commonly referred to as “eco-warriors” for the role they play in maintaining a stable environment that can help mitigate climate change.

By taking control of your personal habits to protect the otter, you’re also standing up for countless other species impacted by our food choices. To learn more about how you can use your food to effect positive change for animals and the environment, join One Green Planet’s #EatForThePlanet movement!

Share this article and encourage others to stand up for marine animals!