Why Sea Otters are the Eco-Warriors of California’s Coast 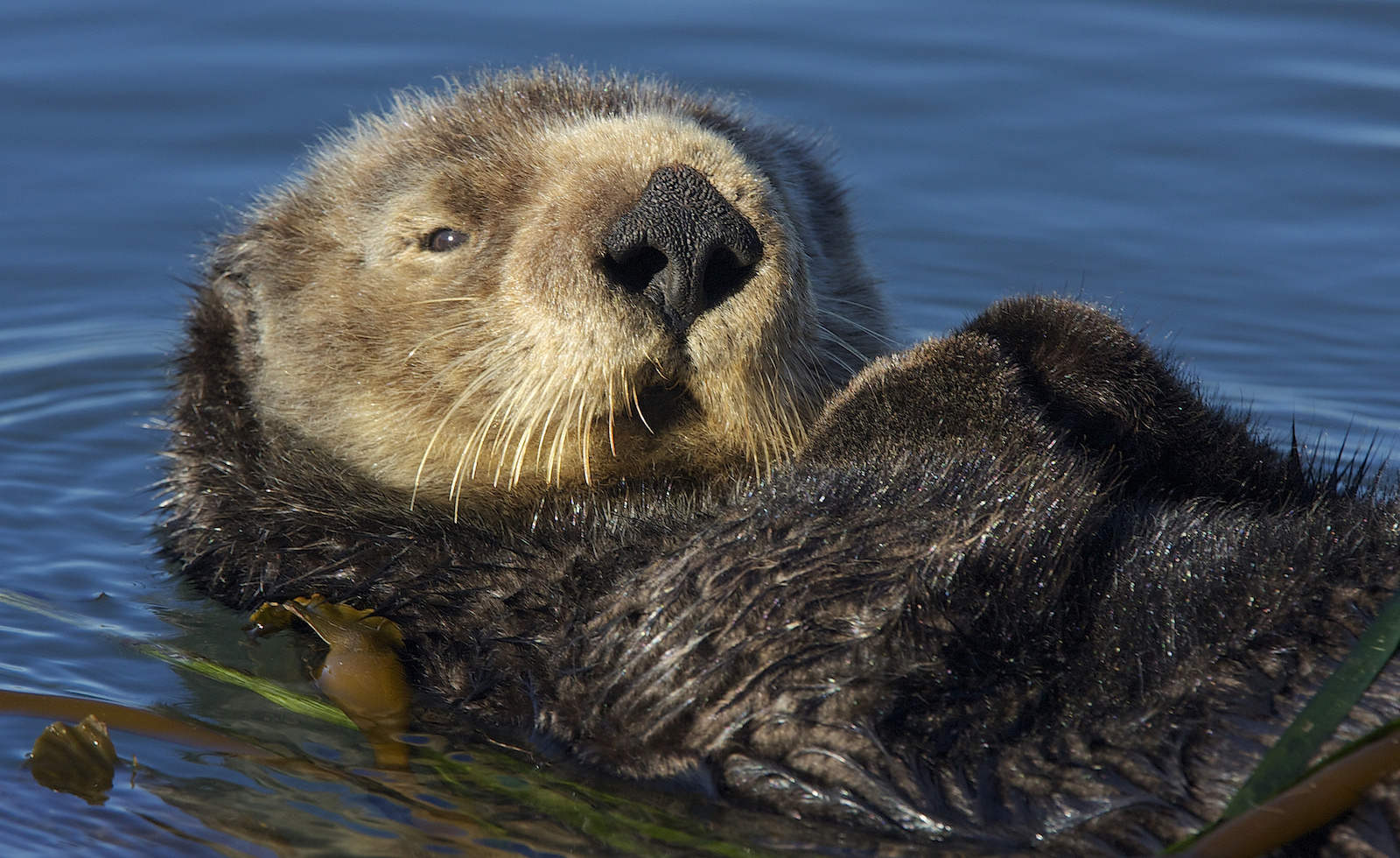 Who doesn’t love otters? They are the cuddliest, most rambunctious animals of both rivers and oceans. Though we do love river otters, there is something so sweet about the face and personality of a sea otter. They’re fluffy, they have favorite rocks, and even better … they are eco-warriors!

Though they may not look like they do much for their ecosystems, recent research has found that these adorable sea creatures play a critical role in maintaining the health of the California coast line. Sea otters are a keystone species that are responsible for the health of both the kelp forests as well as the seagrass beds of their marine habitats. Looking into how their return to the coast has benefitted the ecosystem, it is clear that we need to protect these adorable little guys to help protect the health of our oceans.

The Return of the Southern Sea Otter

The booming fur trade brought many to the California coast in search of otter fur in the early 1900’s. Sea otter pelts were highly valued throughout the world because of their thick fur, and brought a large profit to hunters during this time. The southern, or California, sea otter was largely considered extinct by the time they gained protection under the International Fur Seal Treaty in 1911.

Luckily, a small population of these otters was discovered in 1938 along California’s Big Sur coast, and thanks to protection efforts, their population began to resurge. By the mid-90s sea otter population numbers climbed up to 2,400 individuals. Today, fewer than 3,000 southern sea otters live in the wild, (this is only one-quarter of the size that their population was over 150 years ago), but luckily, more attention has been given to conserving these amazing animals as we begin to learn more about how they help to promote healthy marine ecosystems.

Tim Tinker tracks otters for the U.S. Geological Survey and has studied the impact of sea otters on their ecosystem extensively.

“The reason why we focus on sea otters is not just because they’re cute and fun to watch,” he says. “but because they have a very outsized role to play in the function of this system.”

Recent research in Elkhorn Slough, a National Estuarine Research Reserve near Monterey, California, has highlighted the incredible benefits that a stable otter population can have on the entire ecosystem. Elkhorn Slough is now a protected research area, but a mere 20 years ago, the marsh was a veritable mess, completely overgrown with algae blooms. Why? Researchers believe this was caused by the absence of otters.

Sea otters are at the top of the marsh food chain and eat large species of crabs. These crabs feed on small “micro-grazers” that help to control algae. Algae has the potential to take over an entire marine ecosystem, taking up all the water’s oxygen and blocking out sunlight for plants and animals. The California coasts are especially vulnerable to algal blooms because of agricultural run off, but a balanced ecosystem can naturally work to check algae growth. 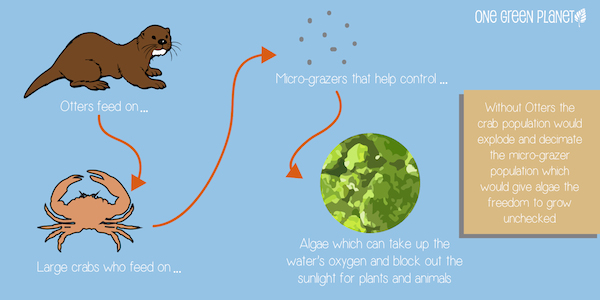 When sea otters were removed from this marine ecosystem, coastal crab populations were allowed to explode. These crabs then decimated the micro-grazer population, giving algae the freedom to grow unchecked. When this happened, algae then grew over the native eelgrass and choked it out completely. This left many marine species without a major food source, or a place to live.

However, when the otters were returned, in time this problem began to right itself.

“In Elkhorn Slough, an increasing population of sea otters has reduced the abundance of larger crabs,” explains Tinker. “[This] has resulted in more abundant micro-grazers such as sea slugs and isopods that graze the algae off of the eelgrass, leading to healthier and more abundant eel grass beds.”

Now that sea otters are here and their populations growing, the balance of this entire ecosystem and stability of the coastal area is returning.

The beneficial presence of sea otters has also been noted in kelp forest ecosystems as well. Kelp forests grow predominantly across the Pacific coast of North America and are said to be as effective at absorbing carbon dioxide as tropical rainforests.

When left unchecked, sea urchins pose a large threat to sea kelp forests and have been known to graze enormous stretched of kelp forests, causing huge chunks of coastal areas to go barren. Kelp forests serve as a nursery for fish, seals, and vast variety other sea life. So, without the kelp, there is little diversity in this ecosystem. Thankfully, when sea otters are introduced to kelp forests, they eat sea urchins and other plant-eating invertebrates who feed on kelp – helping to keep these underwater forests healthy. 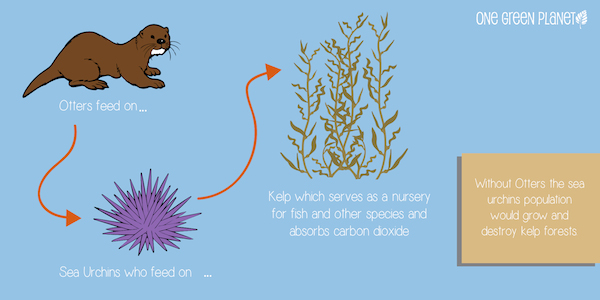 A healthy kelp forest is felt all the way up the food chain. “Many near shore marine species benefit from healthy and abundant kelp forests, from fish species such as rockfish, greenling, juvenile salmon and herring, to the thousands of invertebrates that live and feed on kelp, to other large predators such as harbor seals and sea birds,” explains Tinker.

Not only does this mean that other species can thrive in the marine ecosystem, but a healthy kelp forest can also help humans through its ability to sequester carbon from the atmosphere. Now that’s another phenomenal reason to absolutely adore sea otters.

The recovery and success of the southern sea otter is incredibly important to the health of the U.S. western coast. Sea otter conservation has proven to be much more than about saving one incredibly adorable species. It is about saving whole ecosystems and the other organisms that call them home.

The growth and expansion of the southern sea otter population will allow for coastal estuaries and near-shore waters to regain their previous health and beauty. It’s a lot of responsibility for the sea otters, but we have no doubt they are up for the challenge. They are ready to help reverse some of the vast amount of damage we have done to our planet!