A version of this post was originally published on Conservation International’s blog, Human Nature.

Over the past 15 years, the environmental community has made incredible strides in understanding and promoting the critical role of ecosystem services — the benefits nature provides, from fresh water to climate regulation to recreation — for human well-being, the global economy and the future of life on our planet.

Where we have lagged behind is figuring out how species fit into the equation.

The push to better understand and value ecosystem services has led to the creation of several important resources and partnerships, including: the Millennium Ecosystem Assessment; The Economics of Ecosystems and Biodiversity (TEEB) initiative led by environmental economist Pavan Sukhdev; Wealth Accounting and the Valuation of Ecosystem Services (WAVES), a World Bank-based partnership focused on incorporating the value of nature into development planning; and the Gaborone Declaration for Sustainability in Africa, spearheaded by Conservation International (CI) and the government of Botswana.

That said, I am concerned that this much-needed push to value the services our ecosystems provide often overlooks the fundamental role of species in keeping natural systems functioning. This could lead us to underestimate the threat that the looming extinction crisis poses to life as we know it.

With this in mind, the advisors of the Abu-Dhabi-based Mohamed bin Zayed Species Conservation Fund recently brought together 17 specialists in various aspects of biodiversity conservation to write a new scientific paper showcasing why species must not be written off in the headlong rush toward development. “The Importance and Benefits of Species” was published today in the prestigious journal Current Biology. I and my CI colleague Anthony Rylands are among the paper’s co-authors.

In it, we cite several dozen examples of how individual species or groups of species are crucial to some of the most important benefits we derive from nature. Here are three of my favorite examples.

These amphibians are often overshadowed by their noisier and more visible frog relatives — but if you live in the U.S., chances are they live under rocks and logs in your backyard, since more salamander species exist in this country than in any other.

Woodland salamanders play an important role in the carbon cycle by eating mostly “shredding invertebrates” — insects that tear apart and eat leaves, releasing both CO₂ and methane into the atmosphere. With fewer of these insects around, more leaves stay on the ground, decomposing and directing their carbon into the soil instead of the air. Here’s the bad news: many salamander populations appear to be declining. 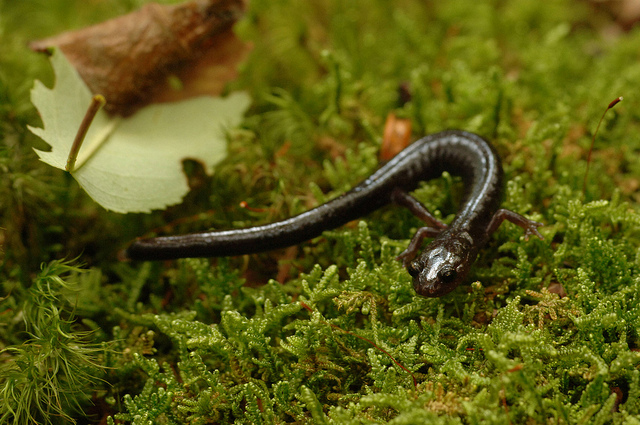 2. Mussels, Oysters and Clams Filter Pollutants Out of Seawater

The role of filter-feeding mussels and other bivalves in cleaning the water of marine environments is not a new discovery. However, recent research has expanded our knowledge of just how important their role is.

The value of this service from oysters alone has been estimated between $5,500 and $99,000 per hectare. In addition, the creation of new oyster beds could reduce damage from storm surge in places like New York City. 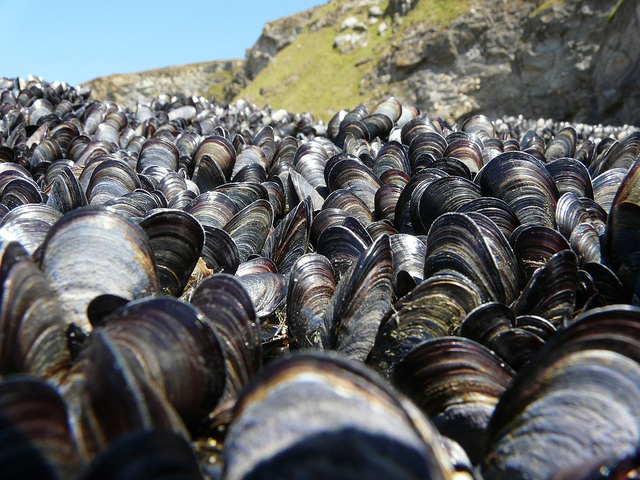 As a primatologist, I’ve spent more than 45 years working in tropical rainforests. During this time I’ve seen for myself the role of large frugivorous (fruit-eating) animals in dispersing the seeds of hardwood trees. This includes primates, large birds such as toucans, curassows and guans and even forest-dwelling tortoises.

Many tree species have evolved ways to attract frugivores to their fruits through bright colors and sweet layers (called arils) attached to the seeds. Rather than removing the arils, which would be a laborious process, many animals swallow these fruits whole, digest the sugary aril and then disperse the seed in their feces together with fertilizer. Some seeds actually won’t germinate if they haven’t passed through the gut of such an animal.

As it turns out, some of the dense hardwood species that are most effective in removing carbon from the atmosphere can only be dispersed by these large frugivores. Unfortunately many of these species — including spider and woolly monkeys and red-footed and yellow-footed tortoises in the forests of Amazonia — are often the most heavily hunted animals, to the point that they have been exterminated from many otherwise intact forests. Remove these species, and before long you reduce the potential of these forests to help mitigate climate change. 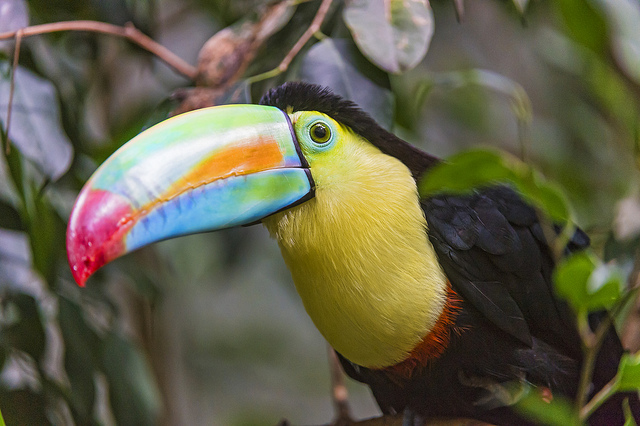 Recognizing the Importance of Every Animal

Many of these examples are already well documented, others are not — and many of the roles that species play are still unknown to us. Some may hold the cure for diseases that plague us; others might help us design more efficient products.

It seems that every month a new publication appears with another example of these critical links. Each shows how important it is that we maintain the full range of species diversity on our planet, even if we can’t immediately demonstrate utilitarian value.

This makes the trends documented by the IUCN’s Red List of Threatened Species so concerning. This enormous and growing list is the most fundamental dataset in the conservation business, and has thus far assessed the status of more than 76,000 species, including mammals, birds, reptiles, amphibians, fish, invertebrates, plants and fungi. Of these, 29.4 percent fall into the four most-threatened categories of Vulnerable, Endangered, Critically Endangered and Extinct in the Wild, with the species in the latter two categories truly teetering on the brink of extinction.

The risk of ignoring this fundamental role of species in underpinning ecosystems is huge. Indeed we may be running the risk of creating a house of cards — a building lacking a truly solid foundation.

In the words of Aldo Leopold, the great American pioneer of conservation, “To keep every cog and wheel is the first precaution of intelligent tinkering.”