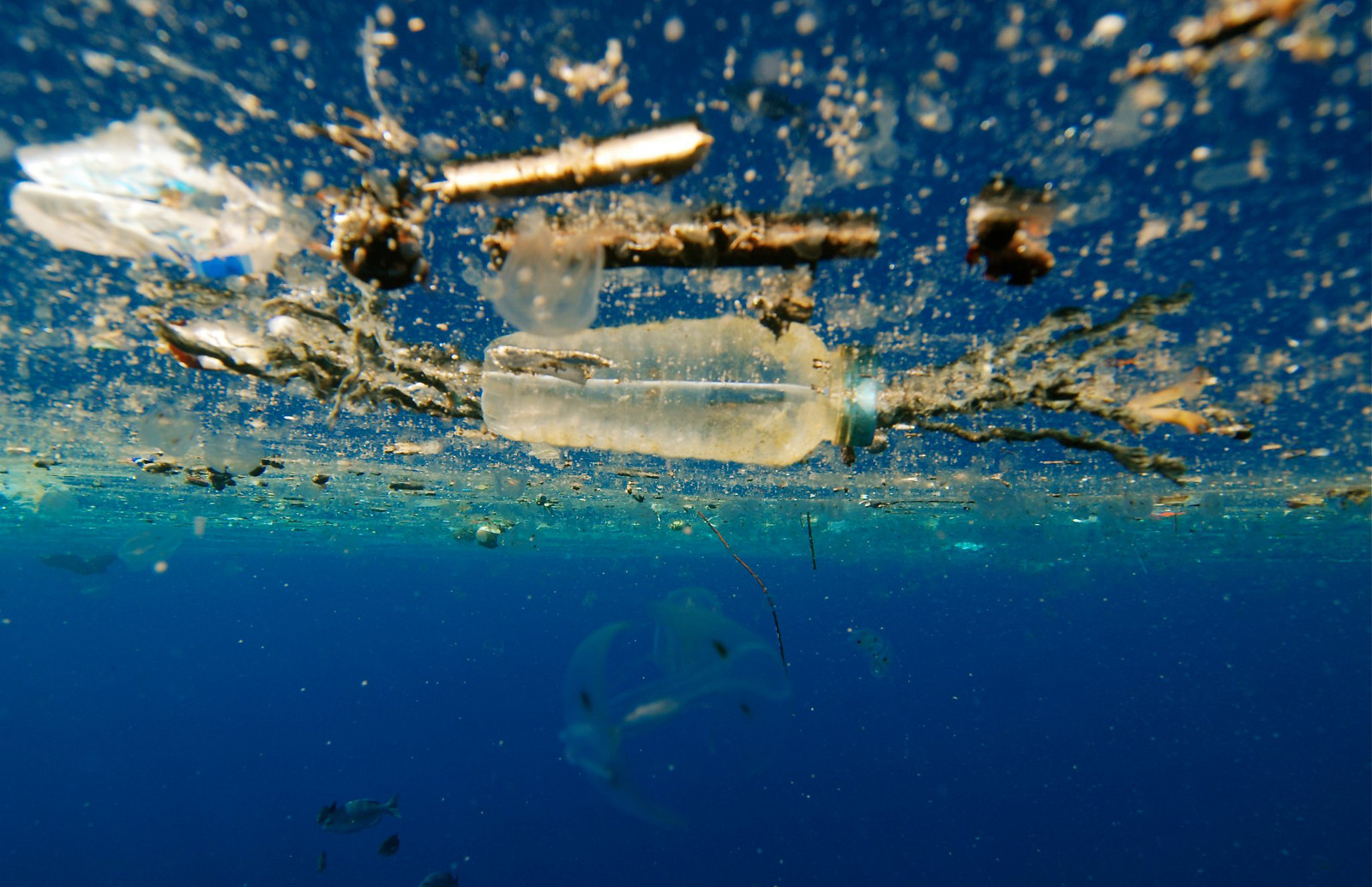 When Jo Ruxton, a producer who was part of an expedition to investigate the impact of the Great Pacific Garbage Patch, decided to do a documentary about plastic trash, she knew she’d need a team of experts to assist. She partnered with journalist and filmmaker Craig Leeson, who had discovered the issue of plastic pollution in our oceans while filming a documentary about blue whales off the coast of Sri Lanka.

Through interviews with scientists and marine biologists, the documentary A Plastic Ocean takes us on a journey that shows the true impact of how plastic is harming animals and humans, and how it’s destroying our planet. Our oceans are heavily polluted, beaches are full of litter and landfills are taking over communities. Animals are dying, we’re being poisoned by plastic toxins and the planet is slowly suffocating — all because of plastic trash. The film helps us understand how we got to this point, the devastating impact of the damage we’ve done and what we need to do it fix it.

The Ocean Has Turned into Plastic Soup 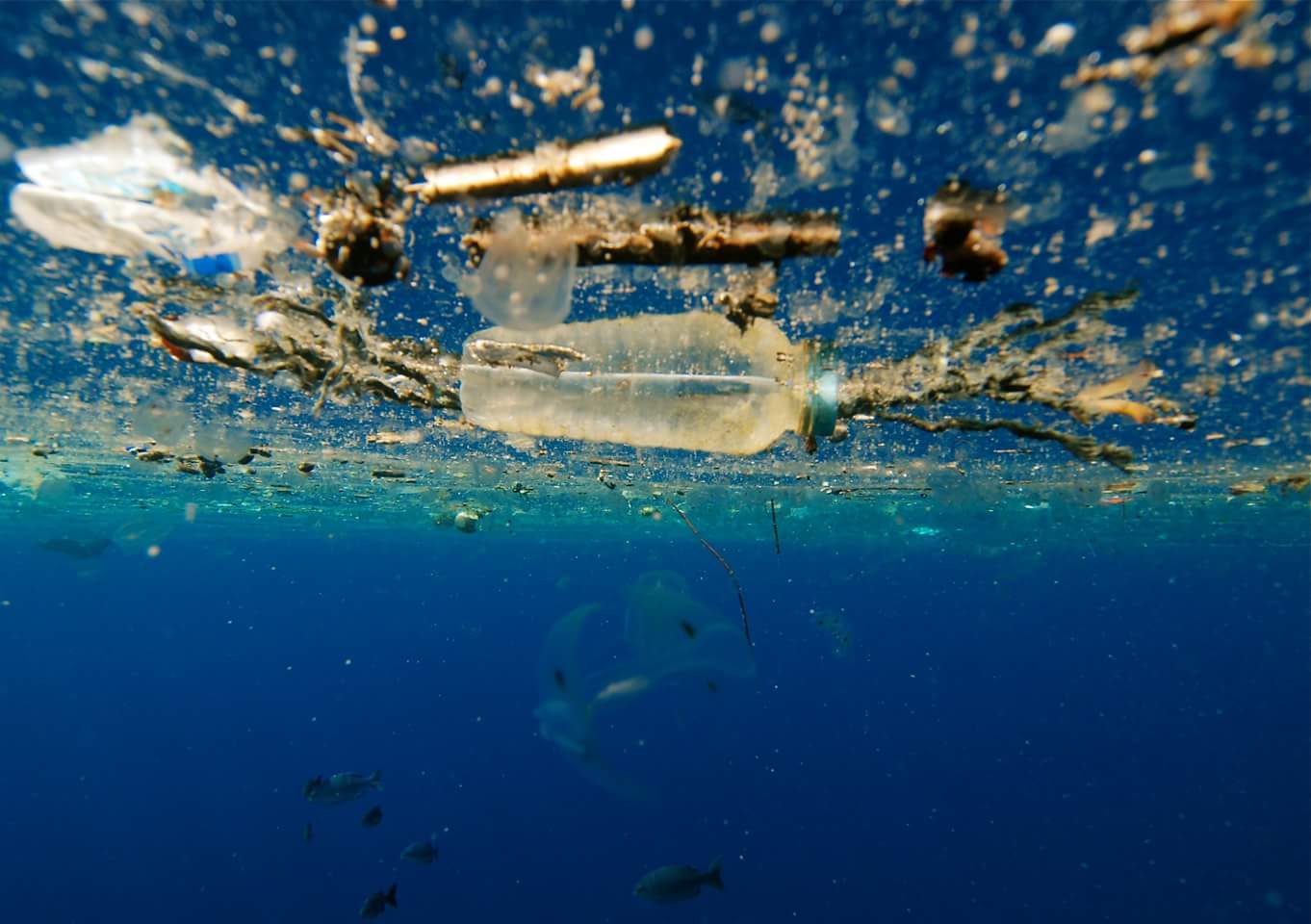 As detailed in this rather unsettling documentary, approximately 34 million tons of plastic are discarded every year in the U.S. alone, and of that, only about seven percent is recycled. Worldwide, we’re dumping as estimated 8.8 million tons of plastic into the ocean every year. It’s estimated that five trillion pieces of plastic are floating in our ocean worldwide; by the year 2050, there will be more plastic in the ocean than fish. It’s a pretty heavy statistic to wrap your head around, especially when you consider that oceans cover 70 percent of the planet’s surface.

The ocean floor is littered with plastic trash, and what doesn’t sink to the bottom floats along the surface. A combination of sun and friction from water movement causes the plastic, which is not biodegradable, to break into small pieces. These pieces of micro-plastic are almost impossible to clean up. They float through the water and wash up on beaches, causing an environmental disaster that’s only getting worse with each passing year. 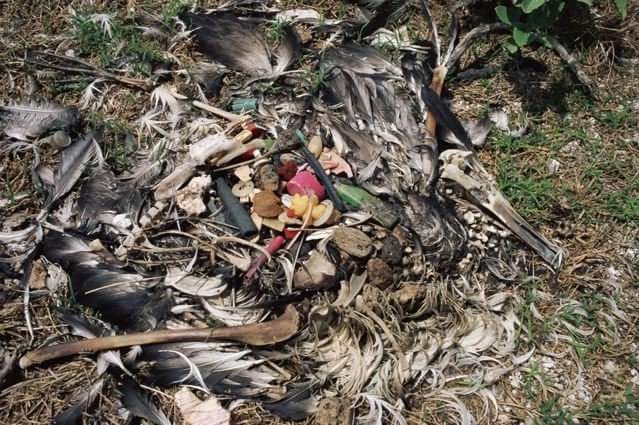 When tiny bits of plastic float through the water, fish, and other marine animals ingest them thinking they’re food. Microplastics work their way through the food chain as each animal eats, affecting everything from microscopic plankton to whales.

One heartbreaking scene in A Plastic Ocean shows a seabird — one of many found slowing dying or already dead along the beach — that had died as a result of having 234 pieces of plastic in its tiny stomach. We also see a whale that suffered and died from malnutrition after ingesting six square meters of plastic sheeting. A baby sea turtle was viewed nibbling on a plastic bag, mistaking it for a jellyfish. Pieces of fishing line and nets wrap around the necks of seals and dolphins, causing painful injuries that can result in death. Sadly, these incidents aren’t isolated. Because of plastic trash, a staggering 700 marine species are in danger of extinction.

Our Land is Polluted With Plastic Trash

When we toss something in the garbage, we usually don’t think about where it goes next. Our landfills are overflowing, and the problem isn’t exclusive to the United States. The documentary brings us to the Philippines, where landfills in some communities have become so full, people are forced to walk around on compacted trash covered with flies. This trash is also making it into the Manila Bay, where 1,500 tons of trash are put into the water every day. 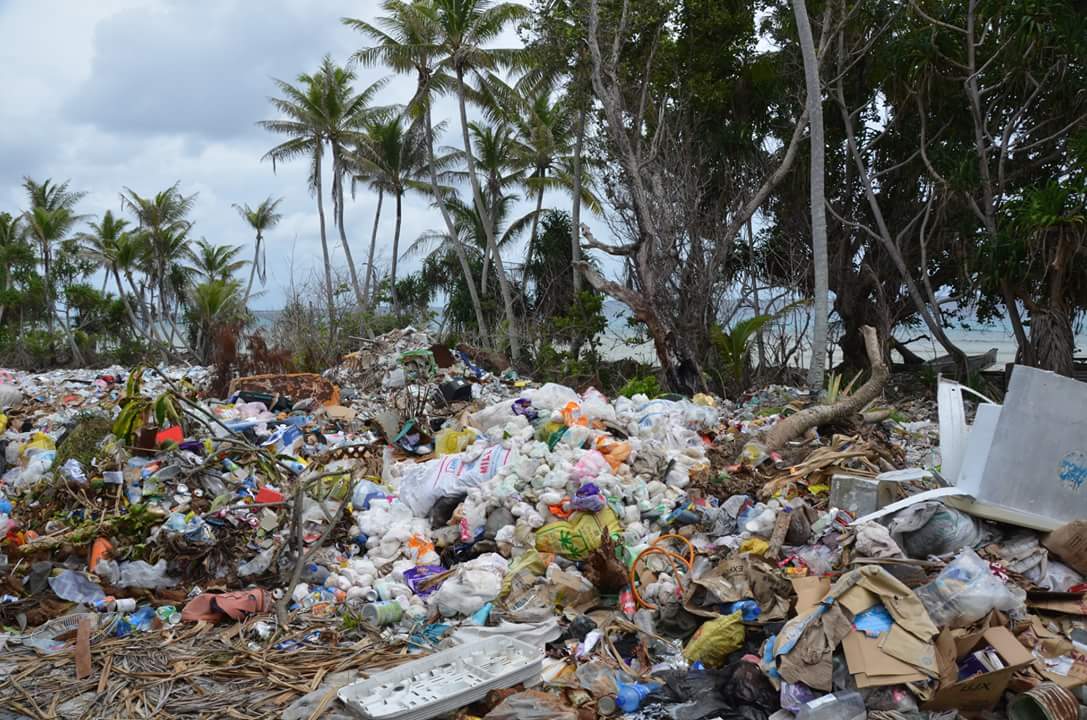 On the Pacific island of Tuvalu, plastic trash has taken over the island and people are forced to live in the midst of trash piles. Toxins and methane gas from landfills make their way into soil and drinking water, endangering humans and animals who live nearby and polluting the air.

We Need to Stop Before It’s Too Late

Convenience is killing our planet, and we need to change our habits before it’s too late. Here are simple things you can do every day to help #CrushPlastic and make the planet a cleaner and safer place for everyone:

For more information and tips, check out One Green Planet’s #CrushPlastic campaign.