By The Isha Foundation 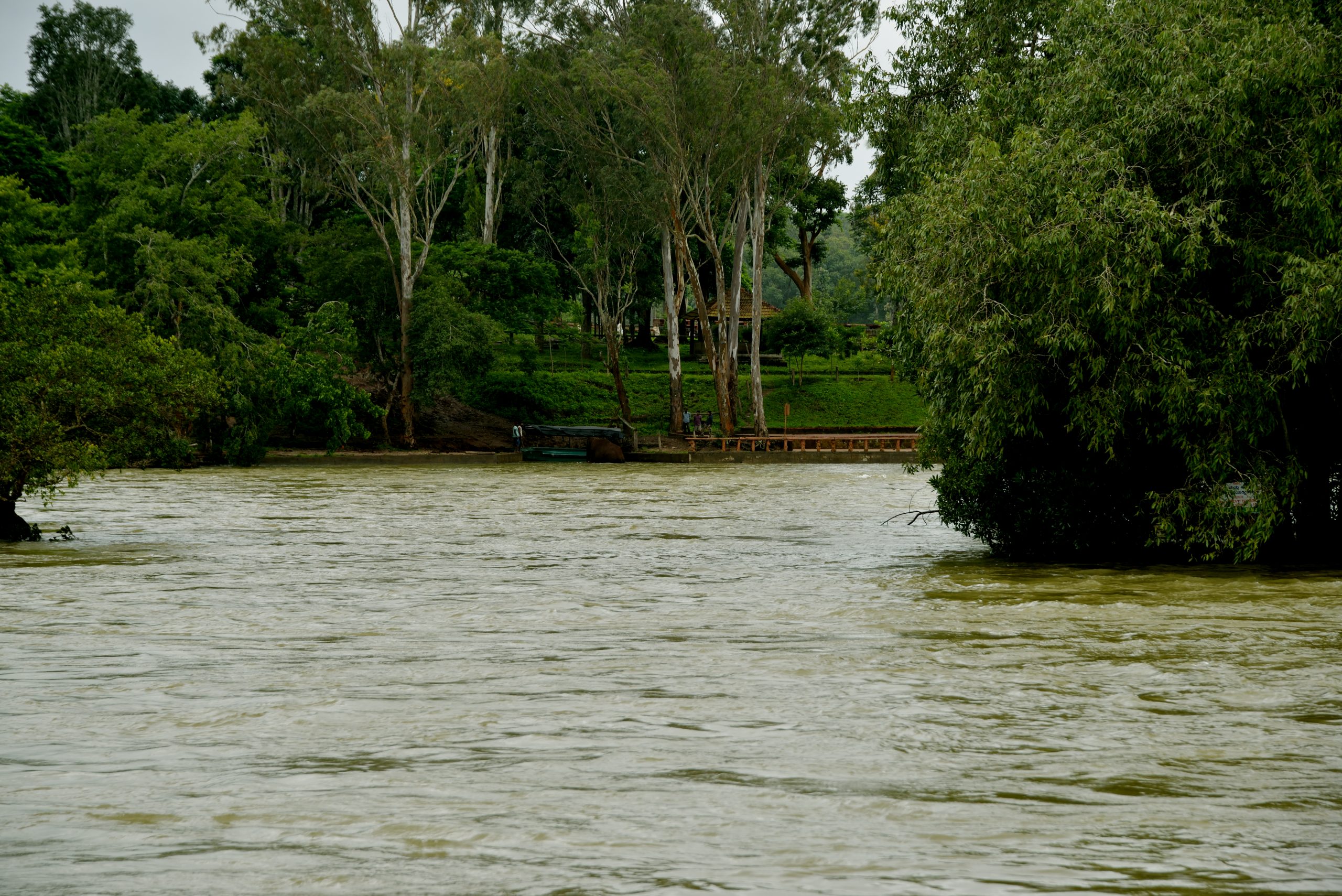 Protests outside New Delhi have brought the hardships of Indian farmers into the global spotlight in recent weeks. The farmers are fighting new laws passed last September, which many fear will bring down the prices of their produce. But this isn’t the only problem causing stress to the Indian farming community. Tropical rivers are drying up, and with it, the once-fertile crop soil.

Rivers are suffering the impacts of desertification in several tropical climates around the world. Of the many ecological challenges we now face, this one has garnered little awareness in western societies – yet it poses an immediate threat to the 4.5 billion people living in the tropical environments, with stark ramifications for the entire planet.

Loss of tree cover lies at the root of the crisis, caused by growing human populations and inefficient agricultural practices. A study by the University of Maryland outlined that the tropics lost 11.9 million hectares of tree cover in 2019 alone – the equivalent of a soccer field every 6 seconds. As trees disappear, soil is eroded, rivers dry up, and farmlands suffer.

Historically, the Cauvery River Basin (running across the southern Indian states of Tamil Nadu and Karnataka) was covered in forests and tree cover, with its soil constantly replenished by nutrients and organic matter from animal waste and plant litter. Organic matter allowed the soil to absorb water, and in turn fed Cauvery, which at one time flowed all year round.

Today, this ancient, forest-fed perennial river is fast becoming a seasonal stream. Cauvery has lost 87% of its original tree cover since the mid-20th century, translating into a 40% depletion of the river itself. The soil around Cauvery no longer absorbs water efficiently, and thus suffers erosion; losing both its ability to retain water and sustain the river. While Cauvery is a major lifeline for over 84 million people, it is farmers who are bearing the brunt of the economic fallout. Falling water levels and dying soil severely affect harvests, and cause crippling debt. The region has seen over 47,000 farmer suicides in the last 15 years alone.

However, it is around Cauvery that a solution for both the economic and ecological issues faced by this crisis has formed, and begun to pick up momentum. The Isha Foundation’s Rally for Rivers, a visionary movement aiming to set the standard for tropical river revitalization, has just passed into its second year of on-the-ground action through its ambitious Cauvery Calling project. The brainchild of Sadhguru (yogi, renowned international speaker, and New York Times bestselling author) Cauvery Calling aims to revitalize the river by planting 2.42 billion trees in the Cauvery basin through the adoption of agroforestry. If successful, this process will have the triple benefit of improving soil health, reviving the river, and augmenting farmers’ income.

The Movement So Far

Drawing thousands of people at over 142 public events in 2017, the launch of Rally for Rivers became the largest public-endorsed, mass awareness campaign in history. Supported by over 162 million people, it has since become the world’s largest ecological movement. The rally itself saw Sadhguru drive across 16 Indian states, raising awareness for the dire situation of India’s rivers.

Speaking on his vision to revitalize Cauvery, Sadhguru referred back to his childhood:

“I grew up around Cauvery. I am probably one of the very few people who engaged with the river at that stage of my life. The other children had other responsibilities – while they had to study and go to school, I went to the river.

People wonder, ‘Sadhguru, are you an environmentalist? How do you know all these things?’ No, I just lived on this planet for six decades and I have paid attention, that’s all! If you sit and observe, can’t you see what is happening? Do you need to read it in a book?

There are many things I can say about Cauvery. Most of the blood flowing in my body is Cauvery. For a large number of Tamil and Kannada people, their blood and body is Cauvery. I have lived off this river many times by myself. Between the ages of twelve and seventeen, I swam in Cauvery almost every day.

People like you and me come and go, but she has been flowing for a million years. But today we have really made Cauvery go down on her knees.

This project is not about my attachment to Cauvery. I could have taken up the revitalisation of Narmada, Godavari, or Ganga. But I chose Cauvery because I foresee that immense suffering will come to [the] two cities of Bengaluru and Chennai…

The idea of Cauvery Calling is to create a demonstrable model and make it a living example for everyone else. If we successfully implement this, this is not about Cauvery alone – this will be a game-changer for India and the whole tropical world.” – Sadhguru

With an 83,000 sq km basin, the focus on Cauvery will offer a model for large-scale implementation of this solution, based around agroforestry. It will set an example for a sustainable process of river revitalization that the rest of the tropical world can follow.

Agroforestry is the practice of planting trees alongside conventional crops. Studies have shown that the more closely an agricultural system resembles a natural forest in its canopy structure, tree spacing, and ground cover, the less chance there is of soil erosion. This is important as tree roots help rain seep into soil, by creating a network of well-connected, minuscule channels.

Once water is absorbed, just as rainwater percolates downward into soil, water can also percolate horizontally. This kind of underground “water flow” can feed water into streams and rivers, maintaining continuous river flow even after the rainy season is over. This not only improves the soil quality and water retention, but also fosters a huge improvement in the farmer’s economic situation. Their income can increase three to eight times in five to seven years.

Whilst the challenges of this crisis aren’t geographically on America’s doorstep, tropical trees store 95% of all tree-based CO2 sequestration on the planet. Revitalizing tropical rivers, and increasing tree cover is a global responsibility, one in need of governmental support, which was exactly the aim of Rally for Rivers:

“Once there was such support from people, the government could not ignore it. We presented the 760-page Rally for Rivers recommendation to the Central government. Approximately sixteen hours after I gave it to the Prime Minister, he set up a special committee to look at the recommendations. Then it went to the NITI Aayog, which is India’s planning body. They put it through the scientific test, which took two-and-a-half months. Once they saw that it passes all that, they made it the official recommendation for all the twenty-nine states in the country.” – Sadhguru

Now, Cauvery Calling’s first year has already made huge strides. In spite of the health pandemic, the project is on track to facilitate the planting of 11 million trees in the private farmlands of the Cauvery Basin. These efforts have been lauded by several world agencies including the United Nations Convention to Combat Desertification But there is still so much more to be done. Cauvery is calling, let’s hope the world takes notice.