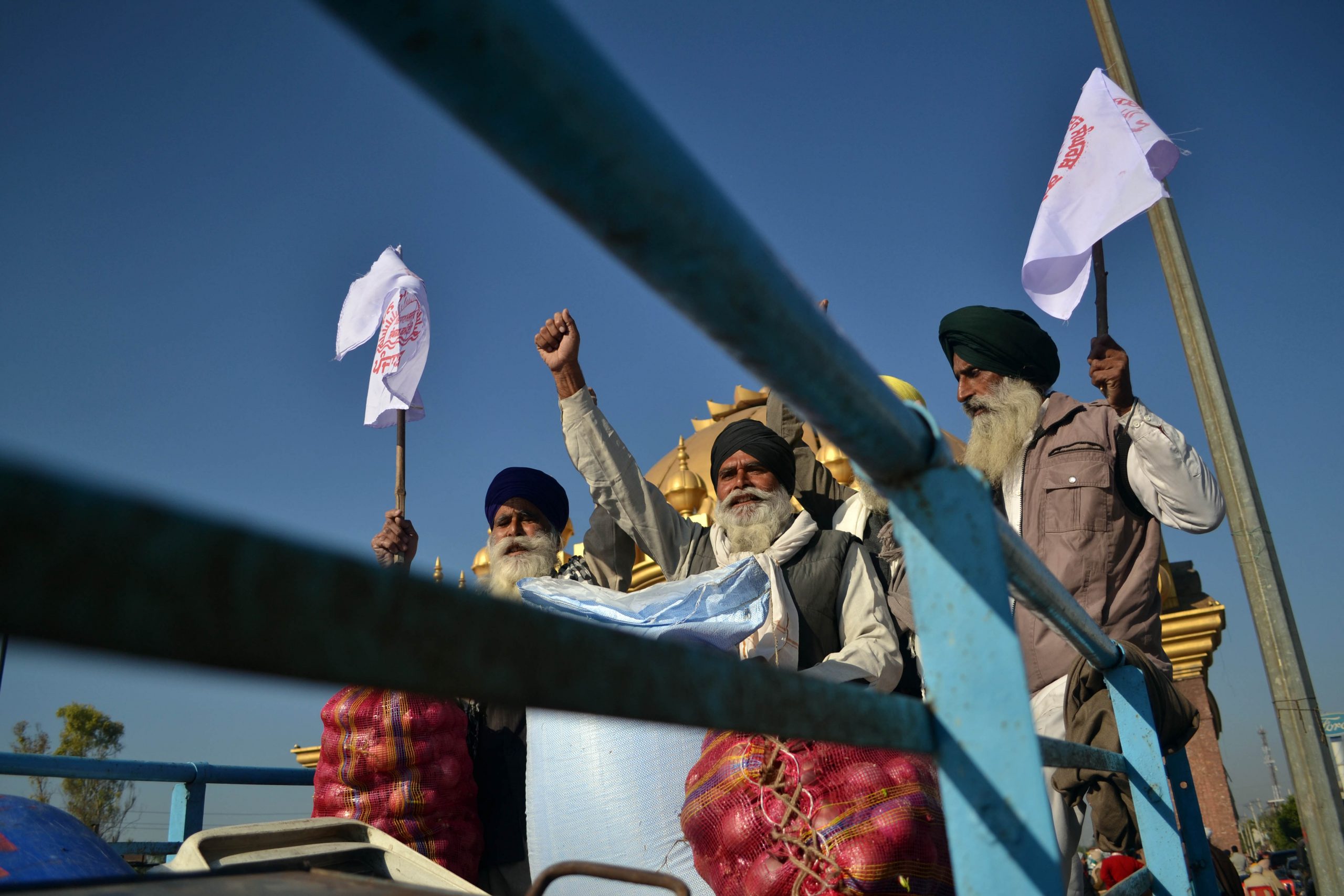 Tens of thousands of Indian farmers are protesting new laws created in September that overhaul how they can sell their harvests. Farmers from the nearby Punjab, Haryana, and Uttar Pradesh states have flocked to New Dehli where a police presence is trying to prevent more protesters from entering the city.

The protests are as a result of laws passed in September by Indian Prime Minister, Narendra Modi. Previously, Indian farmers would sell their products via an auction through the country’s Agricultural Produce Market Committee. Farmers had long-term security due to capped minimum prices that prevented sellers from undercutting their competition. The new laws brought in this September dismantle that system, however, and allow for anyone to sell their products to anyone else with no guaranteed minimum price.

Protesters believe these new laws will allow big companies to drive prices down to levels where individual farmers are unable to compete.

Mukut Singh is the president of a farmers union in Uttar Pradesh and spoke to CNN about why he is protesting.

“There is a lot of anger among farmers,” he said. “We don’t get even the minimum support price that is presently declared — removing these protections and making it easier for corporates to enter will completely buy us out.”

Adding to the unrest, are concerns regarding the large protests amidst the COVID-19 pandemic. Singh continued to say the protesters are doing all they can to stay safe but it is the government who has put people at risk by introducing these laws at the time they did.

“We are the ones who have provided food, milk, vegetables when the whole country was in lockdown — we were still toiling in the fields,” he said. “It is the government who has put us at risk by introducing these laws during Covid.”

58% of the Indian population relies on farming for their livelihood and farmers represent the biggest voting block in the country.

“The farmers should get the advantage of a big and comprehensive market which opens our country to global markets,” he said.