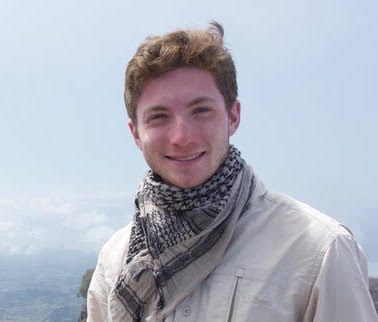 Joshua Soll has an innate passion and interest for anything environmental. His fascination with sharks began at a young age, but it wasn’t until later, however, that he realized the extent to which sharks are threatened by anthropogenic impacts. It was then that he decided to pursue a career in shark biology and conservation with a focus on behavior and physiology. He is actively working as a research intern for the organization, Shark Allies, and has significant and in-depth experience in a variety of environmental causes with a focus on marine life. Skills include: data compilation, collection, and analysis; scientific writing and publication; and has conducting array of research methods such as camera trap setup, the use of quadrats and transects for estimation of organism diversity and composition, and estimating carbon stock and biomass of flora such as seagrasses and mangroves. In addition to this experience, he was interviewed by Good Morning Bolivia regarding the use of shark squalene in vaccines and the risks associated with its use, and is in the process of publishing a paper on the topic. In his spare time, Josh is a SCUBA diver, nature photographer, avid hiker, and overall outdoor enthusiast. He also spent some time in Panama studying tropical ecology, marine ecosystems, and biodiversity conservation. While his native language is English, he is also fluent in Spanish and enjoys every opportunity to speak with others. Josh will be graduating from the University of Colorado Boulder in May 2021 with a Bachelor of Arts and Sciences in Ecology and Evolutionary Biology with a minor in Spanish.