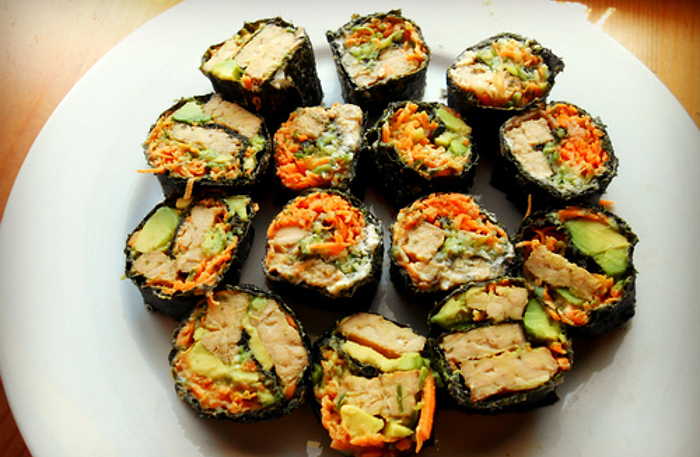 Like every other aspect of life, the food world sees fads come and go. Different diets, detoxes, and cleanses. But if you’re looking for something more long-lasting, something to really invest in, you probably want to be reassured that a diet is not just a fad, that it contains real nutritional and health benefits. Two such ways of eating, plant-based and paleo, contain such ideas of permanent lifestyle choice. So, here we take a look at how the two measure up; the good and the bad.

The Basics. A vegan diet is rather simple to explain; no animals, no animal by-products. So no flesh of any kind, no dairy, no eggs, no honey. To many, a vegan lifestyle means no animal products in their cosmetics or clothing, either. Read about veganism in a nutshell here, or maybe about the morals behind it, to understand why many consider it important to exploit animals less.

The Pros. When done correctly, a plant-based diet is undeniably healthy. Vegetarians report lower rates of obesity, risk of heart disease, and improved longevity. Of course, like everything else, it needs to be done right. But when vegans create well-rounded meals, they tend to be high in protein, vitamins, and minerals. Eating meat and animal by-products have many health consequences, read here. While being vegan prevents animal cruelty, it also lowers your carbon footprint. Feeding animals requires a lot of natural resources, as it takes tons of grain to feed animals, which requires energy and water to produce. As eating by-products continues animal dependency and supports the meat industry, many plant-based eaters opt to drop them as well. To discover more benefits of a vegan diet, read this list of 57 different ones.

The Cons. This article contains, firstly, a pretty convincing argument for a meat-free diet, followed by an argument in favor of one, calling for everything in moderation. Many worry that a vegan diet is lacking in protein, iron, and vitamins. Morally, some believe that humans are meant to eat animals, as there exist many carnivores on the planet. Of course, the argument for eating meat is there, although not a very convincing one.

The Basics. The paleo diet (or Palaeolithic) is meant to mimic, using our modern food system, what our pre-agricultural, hunter gatherer ancestors would have eaten. The idea being, of course, that these foods are evolutionarily closer to what we are supposed to be eating. The diet has seven primary characteristics, but, in short, the idea is to not eat foods that are the product of modern agricultural techniques and processing. The main foods in a paleo diet are what could have been found way back in the caveman days; meat, fish, nuts, seeds, regional and leafy greens, making this diet high in protein and vegetables, and low in fat and grain. Not too much sugar, either! Read a beginner’s guide here, to get more into the details and thought process behind this.

The Pros. Some of the main benefits associated with eating paleo are lower diseases, allergies, and other such ails that our Palaeolithic answers did not deal with. Healthy muscles, brain, gut, and cells are listed among the benefits, as well as the ability to loose weight, and then to maintain an ideal physique. Ideally, when following the paleo diet, sugars, processed fats, and white grains are kept out of your diet; there are health issues associated with all of these things, which are simply not part of paleo eating habits.

The Cons. Without making an enormous effort to get the last good, ethical meat out there (assuming such a thing even exists, really), the premise of this diet is rather faulty; modern livestock are eating all the bad, modern grains that you’re trying to avoid in going paleo. So, let’s assume you’re eating the same meat products as everyone else, you aren’t necessarily avoiding a lot of the bad foods and antibiotics that exist in modern agriculture. Not to mention, the environmental impact of a meat-based diet. If you’re getting locally, ethically sourced meat, this diet is going to cost you big bucks. Some even question the science behind a paleo diet; the anthropological jury is still out on what our ancient ancestors would have been eating. There are some that believe that that our ancestors got most of their calories from what could have been gathered, not hunted, bringing us back to a plant-based diet.

While both vegan and paleo diets are great for energy, keeping a stable weight, and getting lots of good nutrients, what it really comes down to, or so it seems, is the question of ethics. Many people choose vegan for health reasons, but overwhelmingly, people choose a plant-based diet for ethical and moral reasons, be it animal rights, or environmental issues. Paleo, on the other hand, is more focused primarily on the impact of the diet on humans. That’s not to say that a plant-based diet isn’t healthy; on the contrary, eating vegan can be very good for you.

More commonalities between the two diets? Dairy products are iffy; humans are the only species to drink milk after infancy, and certainly the only ones to ever drink milk from other species. Both diets are also going to make eating out and travelling a little tricky, but their adherents say that it is totally worth it.

Which one do you choose? It’s up to you, of course, and the debate certainly won’t end any time soon. When taking health into consideration, the diets contain many similar lessons; eat whole foods, good fats and proteins, and cut back on the modern processed stuff. But, if you’re concerned about the bigger picture and helping animals, the planet, and yourself, you can’t deny that a vegan diet is the far superior option.