WATCH: Rare Whale Captured on Video for the First Time 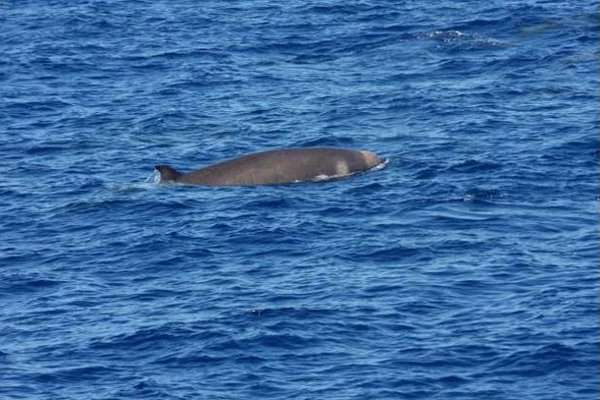 A group of scientists on a research voyage tracking blue whales off the coast of Victoria, Australia got an amazing surprise when they happened to come across what’s known to be the world’s most mysterious and elusive whale: The Shepherd’s Beaked Whale.

The black and cream-colored whales, with dolphin-like beaks were first discovered in 1937, but they have only been seen a few times in history. The Associated Foreign Press reports there have only been two previous confirmed sightings — a lone individual in New Zealand and a group of three in Western Australia. They have never been filmed live before.

“These animals are practically entirely known from stranded dead whales, and there haven’t been many of them,” Double told AFP, calling the footage “unique”.

One of the most exciting things about the video is that the whales were spotted in a pod of 10-12 individuals, contrary to the previous speculation that they were solitary sea mammals.

The group of scientists are planning to publish their findings in an upcoming research paper.