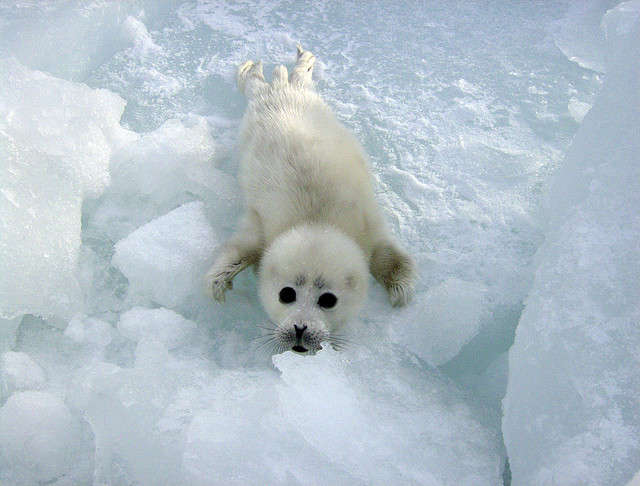 According to a study, conducted by scientists at Duke University and the International Fund for Animal Welfare, thinning sea ice in the north Atlantic has caused a catastrophic decline in harp seal populations. Sea ice cover in all harp seal breeding regions has declined by as much as 6 percent per decade since 1979.

Since female seal pups depend on stable winter ice to give birth and nurse their young, these changing conditions have produced a higher seal mortality, said David Johnston of the Duke University Marine Laboratory and lead author of the study, which was published in the journal PLoS ONE.