Goats Ebony and Ivory can finally live in harmony, thanks to Australian farm sanctuary Edgar’s Mission.

The sanctuary received a call that two baby goats had been attacked by a fox or bird of prey, and quickly set into action to meet the caller who had rescued the little ones. The two goats were covered in blood and crying from the ordeal, but the kind stranger who found them after the attack had wrapped them in a warm sweater.

After Edgar’s Mission cleaned them up and tended to their wounds, they gave Ebony and Ivory their own sweaters and let them get cozy in their new straw beds. You heard that right. Baby goats in sweaters. 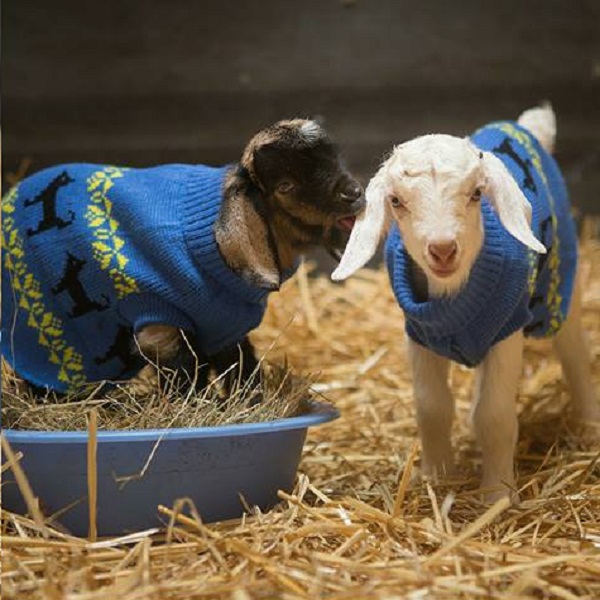 Edgar’s Mission said they named the goats Ebony and Ivory because they represent the pure, selfless human kindness that led to their rescue. Ebony and Ivory remind them that kindness does still exist and that humans can live in harmony with animals. 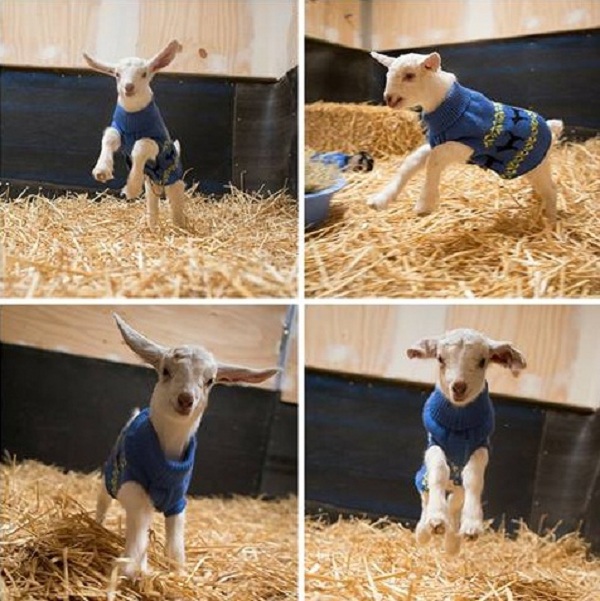 To see more of the work Edgar’s Mission does, check out their Facebook.