Does Eating Organic Food Make You Act Like a Jerk? 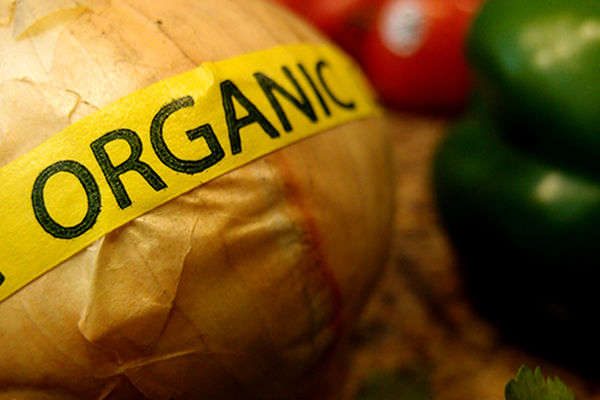 Ever been accused of being a self-righteous snob because you choose to eat healthy vegan food and only buy organic produce? Well, according to a new study published in the Journal of Social Psychological and Personality Science, there may be a connection between your food choices and your moral behavior. More specifically, eating organic food may be making you more judgmental and less inclined to engage in altruistic behavior.

“There’s a line of research showing that when people can pat themselves on the back for their moral behavior, they can become self-righteous,” author Kendall Eskine, assistant professor of  the department of psychological sciences at Loyola University in New Orleans told the Today Show. “I’ve noticed a lot of organic foods are marketed with moral terminology, like Honest Tea, and wondered if you exposed people to organic food, if it would make them pat themselves on the back for their moral and environmental choices. I wondered if  they would be more altruistic or not.”

Professor Eskine took 60 Loyola undergrads and divided them into three groups. One group saw images of fruits and vegetables bearing organic labels; the second group saw comfort foods like cookies, brownies and ice cream; and the third group saw images of “neutral” foods such as rice and beans.

The groups were asked to rank the foods for “desirability” and were then handed a a packet with a series of questionable moral scenarios, including incest, eating a dead dog, consensual cousin sex, lawyers trolling ERs for lawsuits, etc. and were asked to rank the morality of the deeds on a scale of 1 (Okay) to 7 (NOT Okay). Lastly, they were asked if they could volunteer some time to help another professor with a different study.

Professor Eskine found that students who’d seen images of healthy foods were more likely to rank the morally questionable activities as not okay, and were least likely to volunteer for the other professor’s study.

There’s something about being exposed to organic food that made them feel better about themselves,” says Eskine. “And that made them kind of jerks a little bit, I guess.”

“People may feel like they’ve done their good deed,” he says. “That they have permission, or license, to act unethically later on. It’s like when you go to the gym and run a few miles and you feel good about yourself, so you eat a candy bar.”

As Scientific American points out, there could be alternate explanations for the study subjects choices. Previous studies have found that sugar can make people more altruistic and all of the non-organic/’comfort’ foods shown in the experiment were sweet. Another possibility is that eating unhealthy comfort foods like ice cream and cookies can trigger feelings of guilt, thus making them more empathetic. Lastly, there’s the fact that the group that participated in the study was very small and consisted only of undergraduate students, which is by no means a wide-ranging sample.

No matter how valid the conclusions of this study may be, I suppose the takeaway here is that the next time you’re done shopping at the farmer’s market or health food store and are feeling all smug about yourself and your pesticide free, non-GMO diet, you may want to keep any potential jerk-like tendencies in check. But that’s probably good advice in general, no matter what your food choices are, right?

Where’s the study drawing links between billions of people making uniformed food choices, in spite of all the moral, environmental and health reasons to choose more consciously? Now, that’s some research worth spending time and money on.