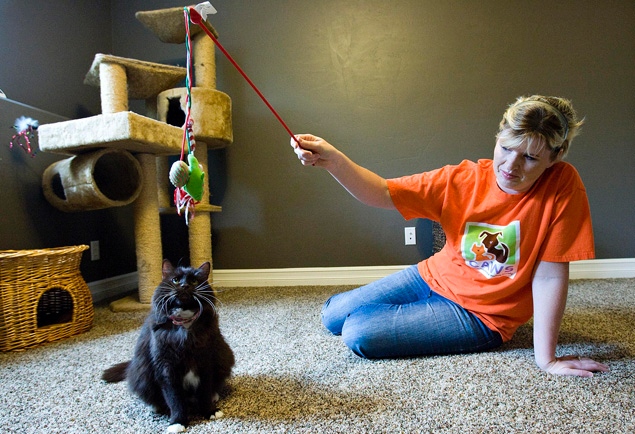 Andrea, the amazing cat that captured everyone’s attention by surviving two euthanasia attempts at the West Valley City animal shelter in Utah has found a new home. She was adopted by a local woman on December 10 and immediately gained two furry siblings: orange tabby cats named Jake and Leo.

Janita Coombs, a volunteer with the Community Animal Welfare Society (CAWS) told People Magazine that “She is getting a lot of love and attention. Her favorite spot is on the recliner where she can jump down for loves and then back up to view the room.”

Andrea was ordered to be killed in October because she hadn’t been adopted for more than 30 days after she was found in a garbage can. However, she miraculously survived the gas chamber. The shelter officials decided to gas her again and after Andrea had no vital signs following the second attempt, she was put in a plastic bag and stuffed in a cooler. But when they checked the bag, they saw she had vomited on herself and had hypothermia but was still alive.

It’s great to see that Andrea has found a loving home after her nightmarish ordeal!