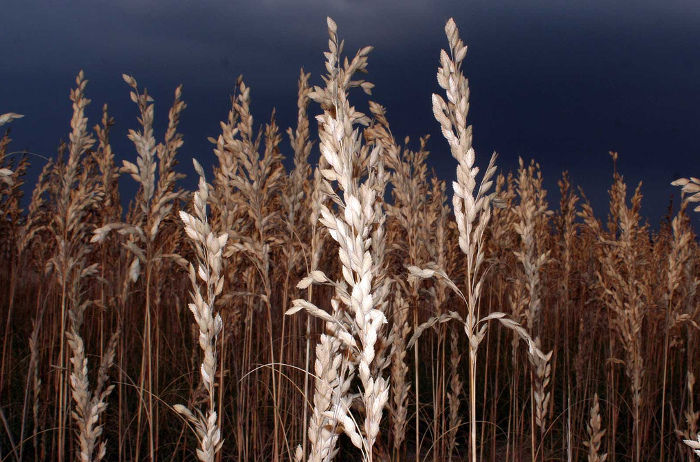 Grains are the staple of almost all traditional diets. Corn, rice, wheat, barley, oats, quinoa– you name it and you will find one of these carbs included in meals worldwide. And by now I’m sure you know that the secret to including these grains into a healthy diet is to stick to whole grains. Yep, that means 100% of the original kernel, all the bran, germ, and endosperm, must be present for it to count as whole. Whole grains don’t mess around; they can reverse weight gain and decrease the risk of both insulin resistance and metabolic syndrome, all of which have been associated with the consumption of refined grains. Luckily there are so many whole grains  to chose from that your taste buds will never be bored! So let’s check out and compare nutrients between brown rice and oats, two of the most popular grains in town.

There are so many different kinds of rice it’s mind-blowing: a staggering 8000 plus varieties!  These include basmati, jasmine, forbidden, and arborio rice (the kind used to make risotto) just to name a few.  Rice is also categorized by its size as being either short grain, medium grain, or long grain. Short grain rice has the highest starch content and makes sticky rice while long grain is lighter and tends to remain separate when prepared. However, try to narrow down your picks by choosing whole rice, i.e. brown rice with only its inedible outer hull removed, still retaining the nutrient-rich bran and germ. This nutty-flavored grain is so popular that in some parts of the world, “eat” literally means “to eat rice.” Now, you don’t have to go around eating rice every time you eat but maybe you should think about switching out that pasta every once in awhile for a new rice dish! Check out this list of nutrients to see what makes brown rice such a nutritious dining option.

The most abundant nutrient, manganese, has an important role in energy production and antioxidant protection.  For instance, this trace mineral helps to produce energy from proteins and carbohydrates.  Meanwhile, its antioxidant power comes from working with enzymes that protect cells against damage from free radicals.  Manganese is also involved in the synthesis of fatty acids which is crucial for maintaining a healthy nervous system. The next nutrient off the list, selenium, is an essential component of several major metabolic pathways including thyroid hormone metabolism, antioxidant defense systems, and immune function.  Additionally, selenium works with vitamin E in ways throughout the body that help prevent cancer.  In fact, there is a strong inverse correlation between selenium intake and cancer incidence. Furthermore, brown rice is a great source of magnesium, a co-factor for more than 300 enzymes.  Magnesium is necessary for healthy bones. Two-thirds of magnesium in the human body is found in bones.  Some of this magnesium helps give bones their shape while the rest is found on the surface of the bone where it is stored for later use.  Meals consisting of brown rice can keep these magnesium levels replenished to meet the body’s needs.

The Academy for Nutrition and Dietetics emphasizes the importance of choosing whole grains rather than choosing refined grains so if brown rice isn’t your thing, try other whole grains like oats instead!

Oats, the hearty and affordable mealtime staple, are actually very versatile so stop thinking just about oatmeal!  This hardy cereal grain is harvested in the fall but luckily for you and me, oats are available throughout the year. And to guarantee their whole-grain health benefits, oats are only hulled which preserves the bran and germ, allowing them to retain concentrated sources of fiber and other nutrients.  Check out the list of nutrients for more details!

Foods high in fiber, such as oats, provide many health benefits such as reducing high LDL (bad) cholesterol, controlling blood sugar levels, increasing insulin sensitivity, and preventing the formation of gallstones.  Also, according to this study, consuming just 3 grams of oat fiber per day (aka one bowl of oatmeal) can lower cholesterol levels up to 23%! The fiber found in oats, beta-glucan fiber, does all this AND protects against heart disease and helps the body fight off infections. So, grab a spoon and dig in! But, the nutritional benefits don’t stop there. These complex carbs contain two types of antioxidants called avenanthramides and lignans.  These little guys protect cells from cancer causing agents and further help reduce the risk of cardiovascular disease.  Protection against CVD is vital as it is the leading cause of hospitalization among American elderly.  No matter what age though, be heart smart and include some oats in your diet!

Further research on both oats and rice is underway!  It has been noted that whole  grains contain many powerful phytonutrients whose activity has gone unrecognized until recent years because past research methods have overlooked them.  Research is now focusing on the antioxidants found bound in whole grains which can be released to work in multiple ways to prevent disease. So show some well-deserved love to brown rice and oats!

Here are delicious recipes for oats and brown rice to satisfy any craving.