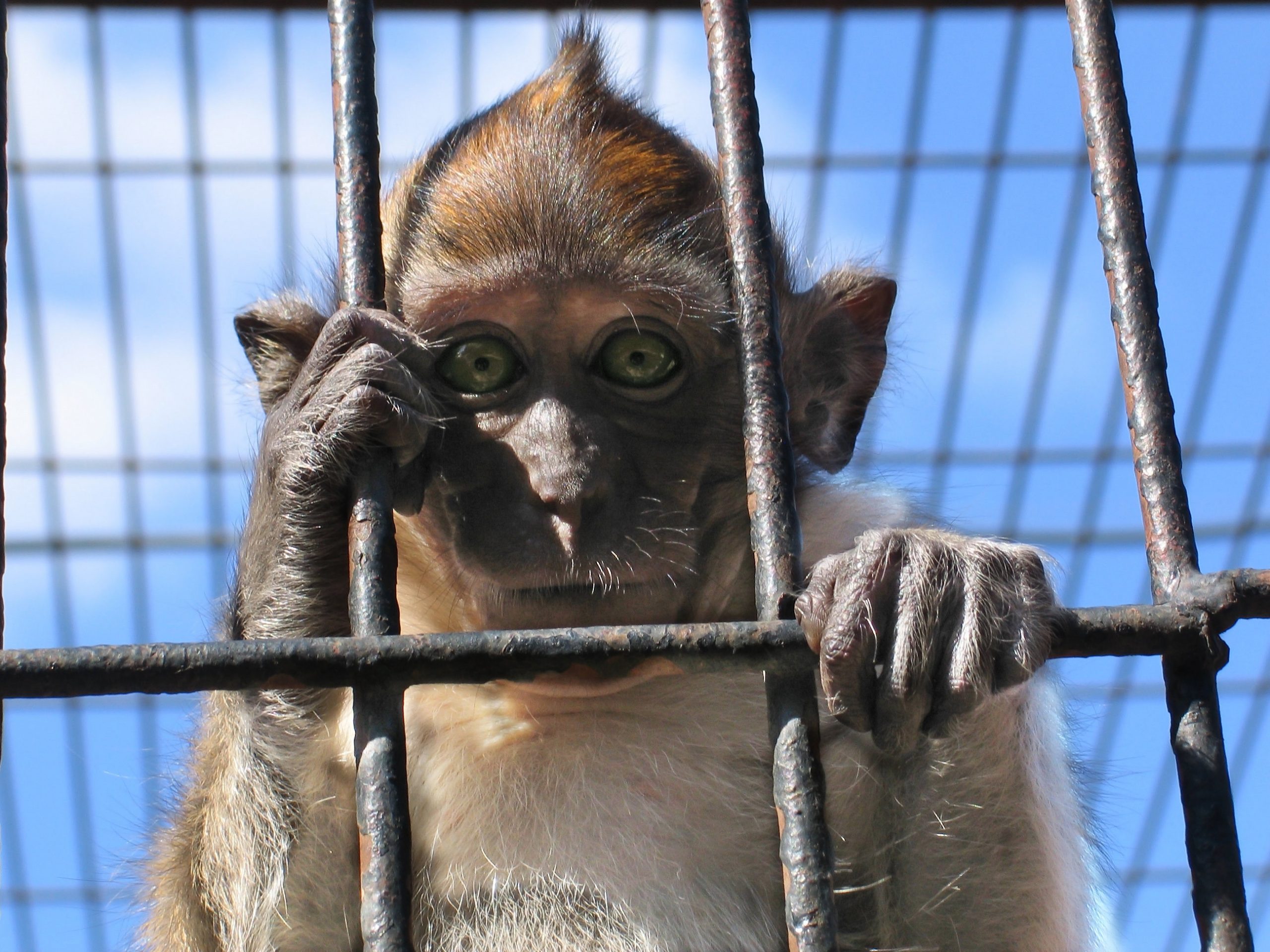 Through petitions, we can reach those in power and demand justice for others. They are valuable tools for making positive changes in the world. If you are looking for a way to help animals and humans, here are 10 petitions you should sign this week, including Close Abusive Zoo, Protect Vaquitas, and Remove Cruel Fake “Animal Rescue” Videos From Youtube.

Borth Wild Animal Kingdom in West Wales has been branded the “worst zoo in Britain” and it’s easy to see why. Animals at the zoo have been found strangled, without clean water, living among a rat infestation, unvaccinated against various diseases, and dead from ingesting glass and cables. Enclosures are tiny and hazardous for the animals’ physical and mental wellbeing. Some have even escaped due to rotting enclosures. As a result of these terrible conditions, the zoo has a death rate of 1 in 5 animals a year. It is clear that the operation is still neglecting and endangering its imprisoned animals after a March 2021 check by Ceredigion County Council ​​officers. They do not deserve any more chances. Sign this petition asking the Ceredigion County Council to shut down this abusive zoo for good!

On July 14, torrential rain in western Europe caused massive flooding in parts of Germany, Belgium, Luxemburg, France, the Netherlands, and Austria. As a result, people lost their homes, access to clean drinking water, belongings, and even lives. As of right now, the death toll is 189 with hundreds of people still unaccounted for. It’s vital that countries around the world start focusing more on mitigating climate change and thus, natural disasters like this one. They also need to have more disaster preparedness plans in place to keep as many people safe as possible. However, the most important thing to focus on right now is rescue operations and relief. Sign this petition to ask that the United Nations Disaster Assessment and Coordination (UNDAC) immediately send relief efforts into western Europe as they try to recover from this unbelievable tragedy.

3. Close and Cleanup Piney Point to Protect Humans and Animals

In April, scientists found that the Piney Point phosphogypsum stack released at least 173 million gallons of wastewater into the ocean. As a result of this contamination, there a deadly bacteria found in a substance called “red tide” is killing a huge amount of marine animals. Dolphins, turtles, manatees, fish, and more have washed up on Florida’s shores after being suffocated by the blooms. Furthermore, the algal blooms are causing respiratory issues in humans who live nearby. Despite this horrible tragedy, so far nothing has been done and Piney Point is still operating. Sign this petition calling for the closing of Piney Point and an immediate clean up before more animals die and more people suffer

Vaquitas are the rarest marine mammals and smallest porpoises in existence. Sadly, there only 10 are left. One of the biggest reasons for their small numbers is getting trapped and dying in gillnets. This type of fishing gear is technically illegal in the Sea of Cortez as it is a “zero tolerance area” where fishing is strictly banned. However, Mexico recently decided to loosen its enforcement of these regulations. Officials will supposedly use some level of monitoring, surveillance, and deterrence to prevent fishing — but only if there are enough illegal activities occurring. There have to be at least 50 illegal boats for them to fully enforce the fishing ban. Sign this petition to demand the government of Mexico reverse course and protect the vaquita! They must fully enforce prohibitions on illegal boats and gillnets!

Recently, there has been a string of dog attacks in the Las Vegas northwest valley area. One woman was walking and found a dead, mutilated dog in a metal crate. Other dogs were found with severe chemical burns, hung from a fence, and abandoned in hot cars. This abuse needs to stop before any other animals or humans are hurt. Sign this petition to make sure the person responsible is found! The people and animals of Las Vegas are not safe until then.

As heat waves rip across the world, killing people outright and causing both wildfires and epic floods, the effects of climate change couldn’t be more clear. Fortunately, some leaders are choosing to take action to fight the climate crisis. The European Union recently announced that within the next 30 years, they are aiming to bring down their member states’ net emissions of greenhouse gases by more than 55 percent. Within the next 14 years, they ALSO hope to eliminate carbon dioxide emissions coming from automotive vehicles so that Europe can be “the world’s first climate-neutral continent by 2050.” Unlike in Europe, some leaders in the US won’t even acknowledge the climate crisis. The EU has decided to put pressure on such countries by creating new tariffs on imported goods from countries with more lax climate-related laws. Sign this petition to tell government leaders in North America to follow Europe’s example and finally tackle the climate crisis head-on! North America must become a carbon-neutral continent, too.

Because social media is such a lucrative career nowadays, people will do almost anything to get likes, views, and other forms of engagement. Sometimes, this even comes at the expense of animals. There is a phenomenon on YouTube of “fake animal rescue” videos in which animals are deliberately put in life-threatening situations so that a human can rescue them. These types of staged situations are not only incredibly traumatizing for the victim animals, but they can also result in death or severe injury. YouTube has officially recognized that these fake animal rescue videos are a problem and, in March 2021, said it would start banning such content. But that was months ago, and hundreds remain on the platform – making money and encouraging others to follow their lead. Sign this petition to tell YouTube to prevent animal cruelty by cracking down on horrifying “fake animal rescue” videos!

Recently, the US decided to pull out of Afghanistan with US and NATO forces scheduled to complete their full withdrawal by August 31st. However, the interpreters who were critical to operations in Afghanistan now face torture and death from the Taliban after the sudden withdrawal. Some interpreters have said that if the US doesn’t hurry, they will be hanged, shot, or beheaded, as will their families. American and Canadian military veterans have also expressed fears that Operation Allies Refuge, is moving too slowly to protect the roughly 18,000 Afghans seeking visas to U.S. territory. Sign this petition to demand that the American and Canadian governments accelerate evacuation plans for the families of our Afghanistan allies who risked their lives to support our troops.

The same week Jeff Bezos took a joy ride into space and literally thanked Amazon employees and customers for paying for that, Amazon announced they will stop testing their warehouse workers for COVID. This is morally reprehensible considering that roughly 20,000 Amazon warehouse workers have contracted the deadly coronavirus, undoubtedly many of them at work. These workers have criticized the company’s handling of the virus and lack of safety measures. Some have even been fired for talking about the unsafe conditions. With people still not all able to be vaccinated and the Delta variant spreading rapidly, there need to be as many safety precautions as possible. Sign this petition to tell Bezos and Amazon they must keep doing on-site COVID-19 testing for their warehouse workers.

Each year, around 10,000 flamingos are born at Lake Tuz in Turkey. However, this year around 5,000 of them died before they could even hatch as a result of humans rerouting too much of the water from the irrigation canal that was meant to end up at Lake Tuz, to farming. Around 30% of that water wasn’t even needed. Sign this petition to urge Turkey to change the region’s irrigation methods so no more flamingos die!