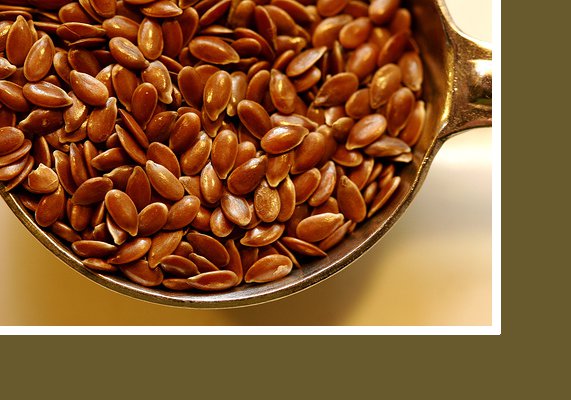 Fish oil supplements are a booming business. These oils, derived from cold water fish, contain long-chain omega-3 fats called DHA and EPA which may be linked to reduced risk for heart disease. Some research suggests that DHA and EPA could play a role in cognitive function and in reducing depression, too. A number of plant foods also contain omega-3s, but they aren’t the same as DHA and EPA. Instead, these foods contain alpha-linolenic acid (abbreviated as either ALA or LNA) which is a smaller omega-3 fat molecule than DHA and EPA. It’s one of two fatty acids that are essential nutrients so everyone needs some in their diet. Requirements are small, though, and it’s easy to meet them on a vegan diet. You can get enough ALA by consuming 1 tablespoon of canola oil or walnut oil, 1 teaspoon of flaxseed oil, 2 teaspoons of hempseed oil, 2 tablespoons of ground English walnuts or 1 tablespoon of ground flaxseed. Soy products like tofu, tempeh and soynuts also provide ALA and small amounts are found in leafy green vegetables, too. (If you depend on flaxseed to meet ALA needs, make sure that it is ground, since this improves absorption.) Unlike alpha-linolenic acid, DHA and EPA don’t have essential nutrient status.  This is because humans can synthesize both from ALA. So, even those who don’t eat fish have some DHA and EPA in their tissues. But the extent to which humans can manufacture DHA and EPA depends on several factors, including the amounts and ratios of other fats in the diet.

In particular, diets high in another type of fat—an omega-6 fat called linoleic acid (LA)—can reduce production of DHA and EPA. A number of studies using different dietary strategies have attempted to boost blood levels of DHA and EPA with foods and supplements that contain ALA and by manipulating the amounts of other fats in the diet. But it has proven to be difficult to find the ideal dietary prescription for boosting DHA and EPA levels. Not surprisingly, people who don’t eat fish, including vegans and vegetarians, typically have lower levels of DHA and EPA in their blood than people whose diets include fish. But we don’t really know how much it matters. The results of studies on benefits of DHA and EPA are conflicting. And certainly vegans don’t seem to be at higher risk for heart disease than people who eat plant-based diets that include fish. Other areas where DHA and EPA could have a protective effect—such as autoimmune diseases and depression—haven’t been studied in vegans.

Vegans who want to include DHA and EPA in their diets can get it the same way fish do, which is from algae. In fact, from an environmental perspective, it makes sense for omnivores to choose algae-derived supplements over fish oil, too. Much more research is needed before we can make recommendations regarding vegan intake of DHA and EPA with any certainty, but many experts suggesting erring on the side of a little insurance, especially for those who suffer from depression. These supplements tend to be expensive, but a small dose of 200 to 300 milligrams of a combination of DHA and EPA several times a week should be enough. (Small amounts of DHA convert to EPA, so a supplement of DHA alone may be okay, too.) You can also find soymilk, olive oil and energy bars that are fortified with algae-derived DHA. In the meantime, you can take steps to maximize synthesis of these long-chain fats by doing the following: