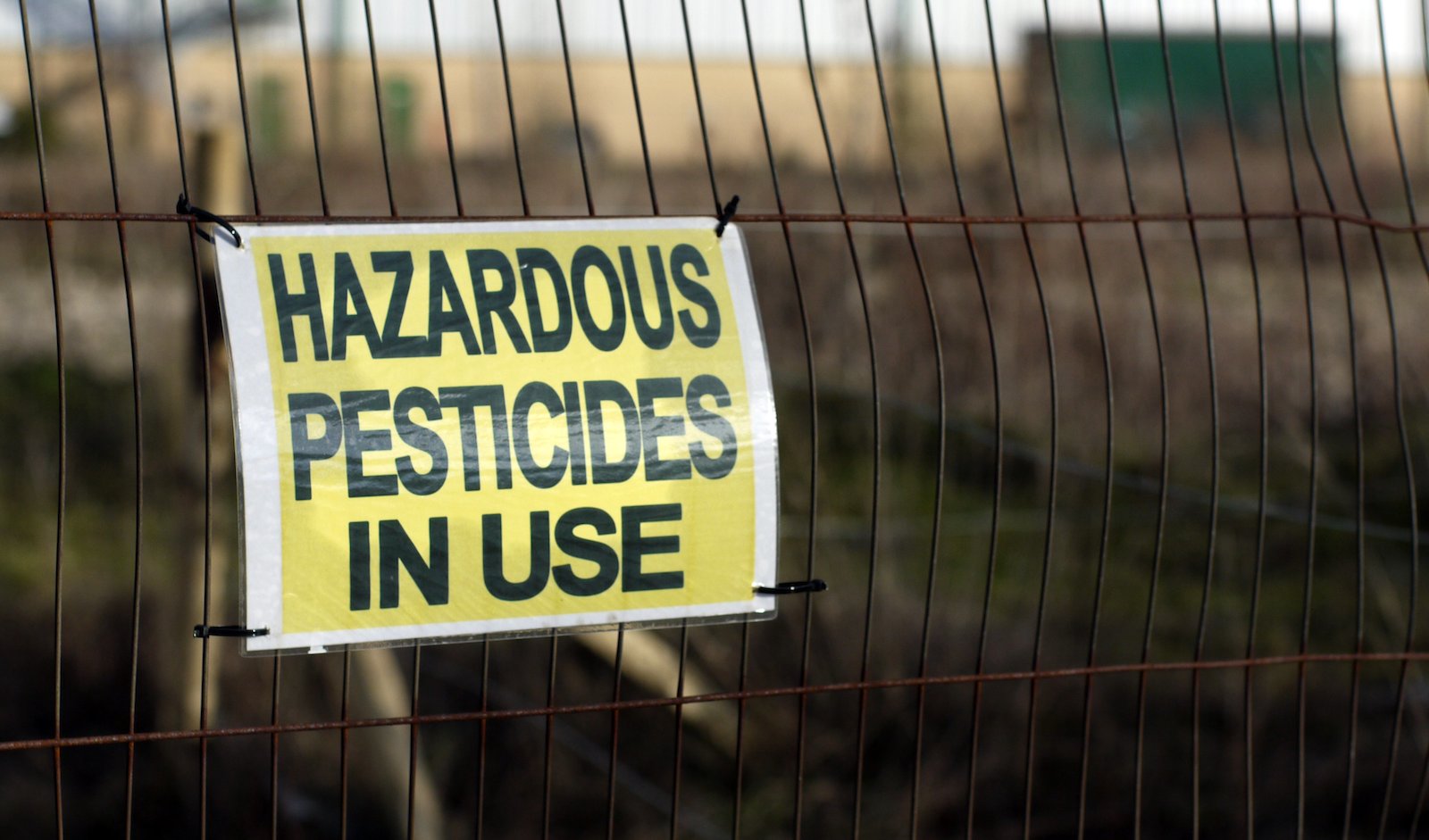 The general consensus seems to be that the use of pesticides and insecticides on crops is not ideal. People don’t want extra chemicals in their body, and most seem to understand that our heavy dependency on these chemicals have a negative impact on the environment. But the impact of insecticides is a lot more far reaching than we might have originally imagined.

Using chemicals to keep bugs at bay has not only caused health issues in many people, but it is directly affecting the world’s bee populations and, according to a new study, the very thing it is supposed to protect: crop yields.

For the past four years, more than 30 percent of the American honey bee population has not survived through the winter. Last winter, a staggering 23 percent of bee colonies died. This is incredibly troubling considering that honey bees and other pollinators make $19 billion worth of crops possible each year as a result of their pollinating services. To put that in context, that is about one-third of the crops that we eat here in the U.S.

Colony Collapse Disorder, or CCD, has been blamed for this population decline, but what causes this illness? The U.S. Department of Agriculture, USDA, Bee Research Laboratory and Pennsylvania State University recently found that a pesticide is the culprit behind this devastating decline in bee populations.

Imidacloprid, a pesticide in the neonicotinoid class, is commonly used on crops, lawns, and for flea control. Unfortunately, this pesticide weakens bees and makes them incredibly susceptible to the parasitic fungus, Nosema. Unlike many other types of pesticide, imidacloprid is absorbed by the plants rather than just sprayed on top of them, making nectar and all other parts of the plant toxic to bees.

“It is a new threat,” says Jeff Pettis, entomologist at the USDA Bee Research Laboratory. “Ten years ago, almost all pesticides were sprayed or dusted topically. Bees only came in contact with drift when they landed on a plant. This new class of pesticide can be expressed in the nectar and the pollen.”

The Impact on Crops

In addition to the devastating impact that neonicotinoids have on bees, research conducted by Pennsylvania State University and the University of South Florida has found that the use of these chemicals can actually reduce the crop yield. These insecticides are primarily used to control early-season pests, however, lowering the number of these insects can actually increase populations of slugs. Without competition, these slugs can ravage crops, lowering the yield farmers may see.

“Neonicotinoids are the most widely used insecticides in the world,” said Margaret Douglas, a graduate student in entomology at Pennsylvania State University and part of the team responsible for this new research. “Seed applications of neonicotinoids are often viewed as cheap insurance against pest problems, but our results suggest that they can sometimes worsen pest problems and should be used with care.”

Unlike many other organisms, slugs are unaffected by both fungicides and neonicotinoid insecticides, explained John Tooker, associate professor of entomology and one of the researchers at Pennsylvania State University. “But the slugs did transmit the insecticide to the ground beetles, impairing or killing more than 60 percent of the beetles. The research found that the use of these insecticides slowed the activity of the slug’s insect predators, allowing them to reduce the soybean density by a shocking 19 percent and the crop yield five percent.”

With more and more research surfacing that points to how pesticide and insecticide use harms people, animals and now our food supply, it’s clear that it is time to consider other options.

It is time to begin exploring other, more natural and eco-friendly options when producing foods. We can’t stand to do anymore damage than we’ve already done. Luckily, as consumers we can play a large role in helping to sway the market away from pesticide-laden crops to organic alternatives. Cutting chemicals out of your diet will inevitably be beneficial to you and as more people join in, the cost of organic fare will drop. Not to mention, this is one of the best ways we can help ensure the survival of the bees and thus, our future food security.