Orangutan Who Was Chained in a Small Cage for Years Meets Others of Her Kind for the First Time! 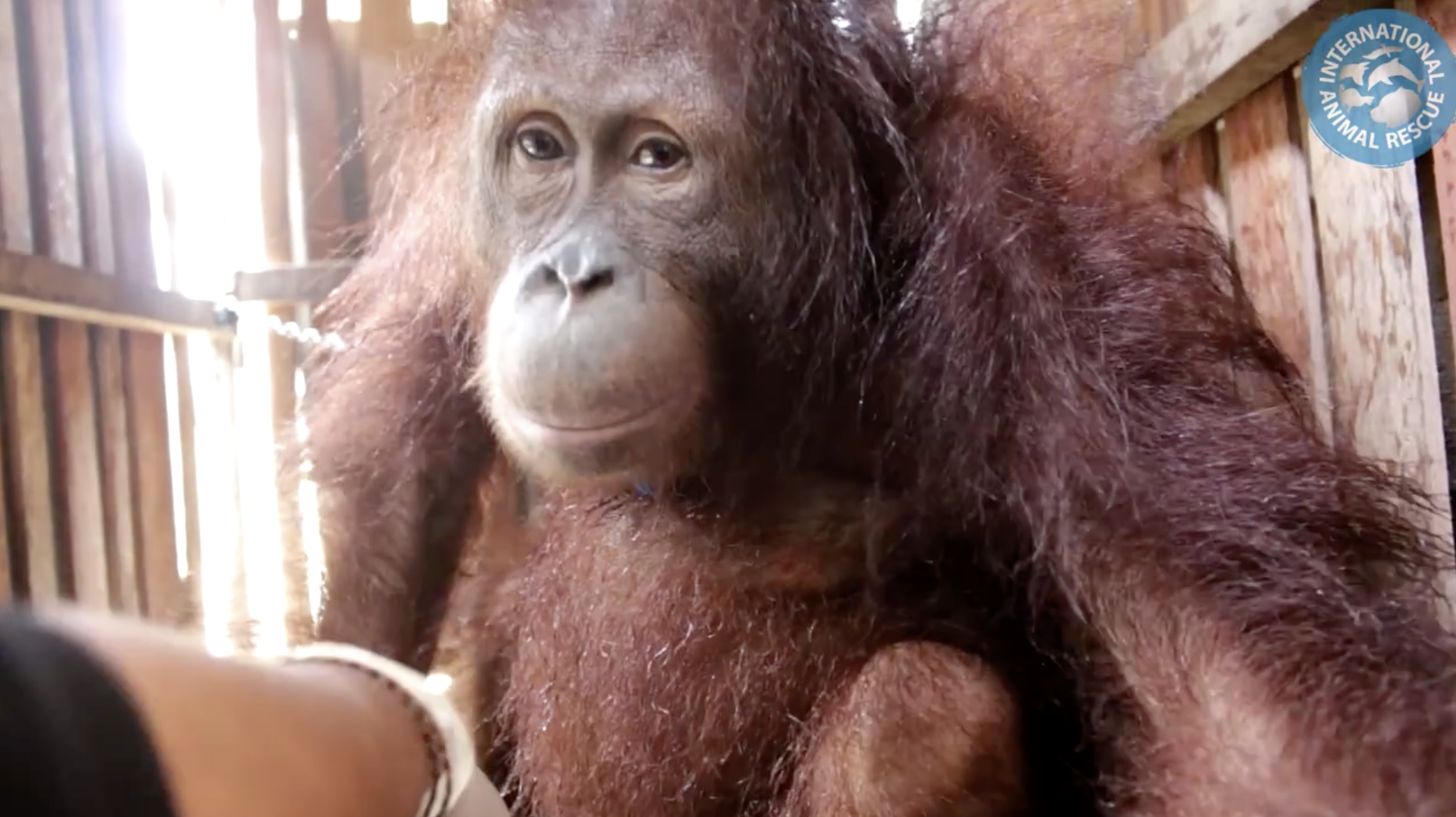 You probably remember the heartbreaking rescue of Amy, an orangutan who had been chained in a small wooden crate for about seven years. When International Animal Rescue (IAR) was contacted about saving Amy, they found her isolated, without any companionship or comfort, spending her days completely alone. Amy’s cage was so small, she couldn’t even straighten her legs. The tight chain on her neck caused a deep wound, her back is bent and she has scars on her hips. Our hearts were broken for this innocent orangutan.

But we have good news: Amy is recovering well! After IAR freed Amy from her solitary existence, she went through a series of health checks, as well as a period of quarantine, in order to access her mental and physical well-being.

After the health checks, Amy was then moved to an outdoor cage where she could watch other orangutans and learn from their example, as well as get used to the sights and sounds of the outside world. 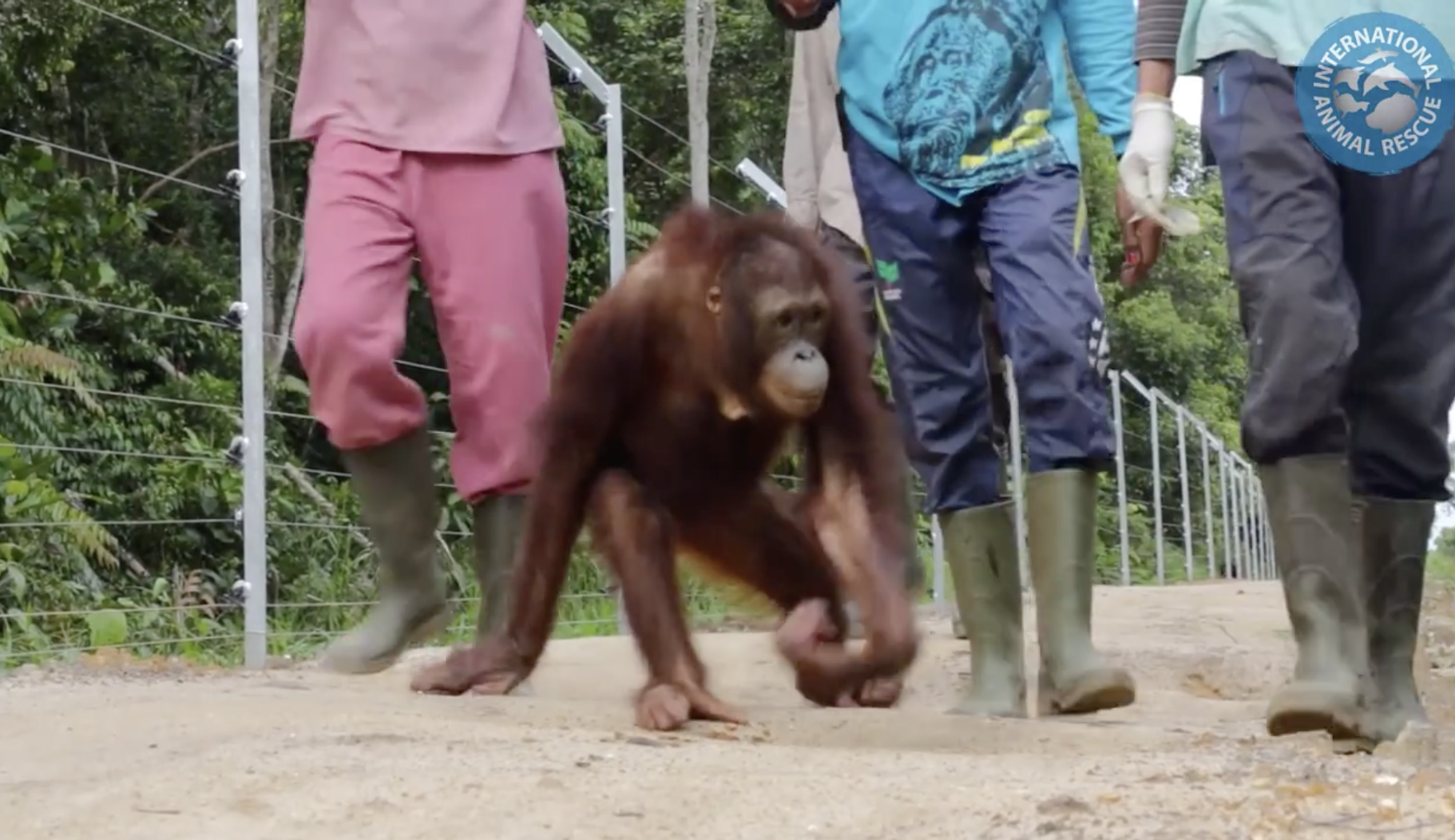 Amazingly, within just a week, Amy was settled into her new environment. IAR then moved Amy into a cage next door to another orangutan. “She was curious about her new neighbor and tried to reach through and touch her. She clearly wanted to play with her new friend,” said Heribertus Suciadi, a member of IAR’s Indonesian team.

A few weeks later, IAR decided Amy was ready to go into the forest and meet other orangutans face to face! As you can see in the below video, Amy was fascinated by all of the trees around her. She even pauses at times to look around and take it all in.

When she reached Setrum Island, an artificial island at IAR’s center, her new friends were waiting for her. According to IAR, the other orangutans tried to smell her and some touched her inquisitively. Amy took it all in stride, seemingly happy to finally be around her peers. 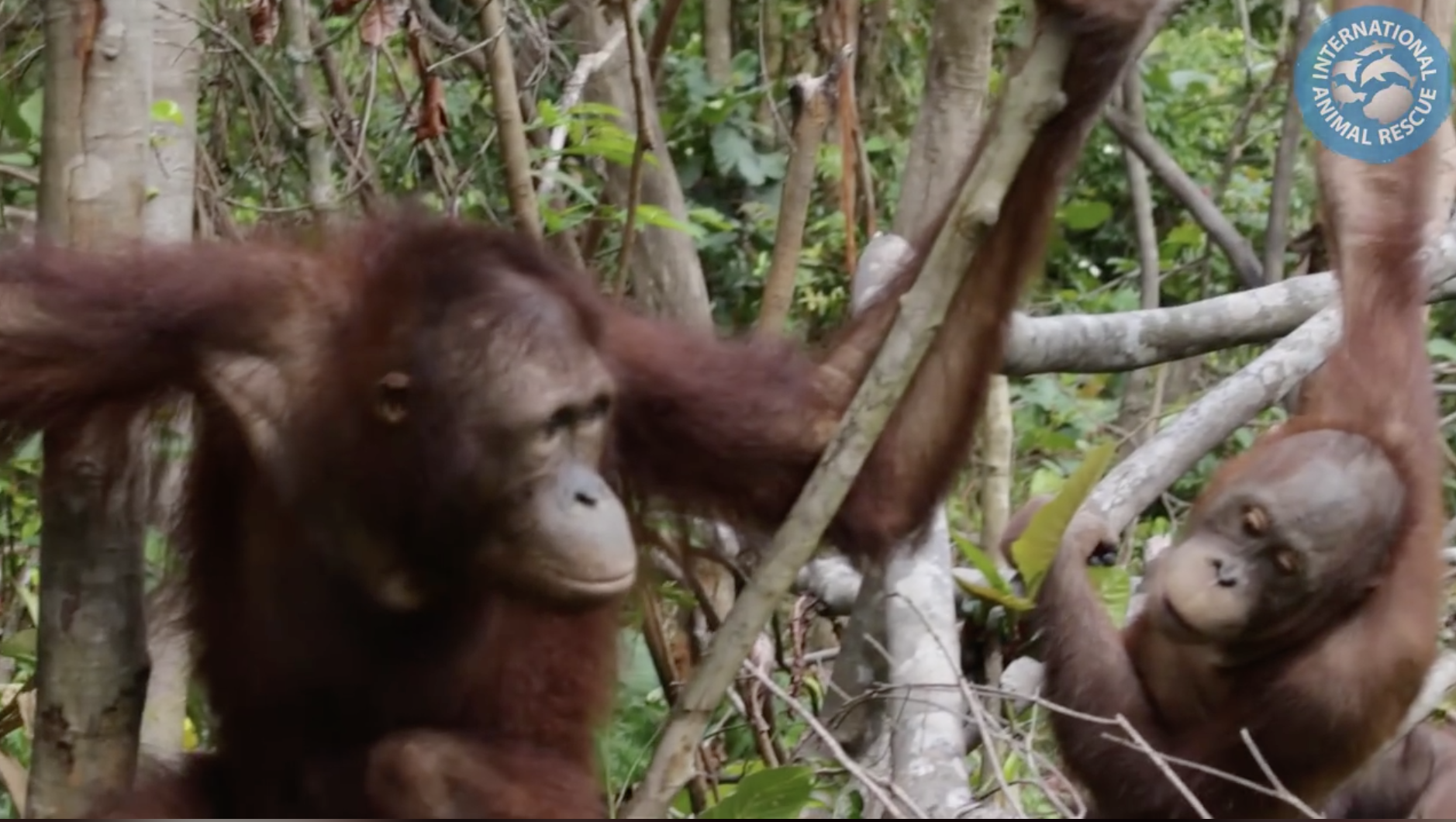 “It is so uplifting to see Amy socializing with others of her own kind after spending so long chained up and alone.  It’s a real testimony to her physical and mental resilience that she is adjusting so well to her new environment and taking so many new experiences in her stride,” Alan Knight, Chief Executive said.

IAR will continue to monitor Amy’s progress, with the goal of eventually returning Amy to where she belongs: the rainforest. We’re rooting for you, Amy!

While Amy’s story has a happy ending, unfortunately, this isn’t often the case for orangutans. Orangutans are the common victims of deforestation, particularly in Indonesia. They are losing the towering trees they call home due to the palm oil industry, which is expanding endlessly onto their territory. It’s estimated that orangutans have lost around 90 percent of their original range, largely due to slash and burn deforestation. This method of clearing trees is popular in the palm oil industry and around 300 football fields of forest are leveled every hour to make more room for plantations. Sadly, this leaves orangutans with little choice but to travel into human villages in search of food. Once in the presence of opportunistic humans, orangutans are frequently captured and sold – either to become bush meat or pets. Because of this, the orangutan population is in grave danger of extinction and if nothing is done to protect these animals, we stand to lose them forever.

Luckily, we can all play a role in helping orangutans. To learn more about palm oil and how to avoid it, click here.  To make a donation to IAR and help them continue their life-saving work, click here.