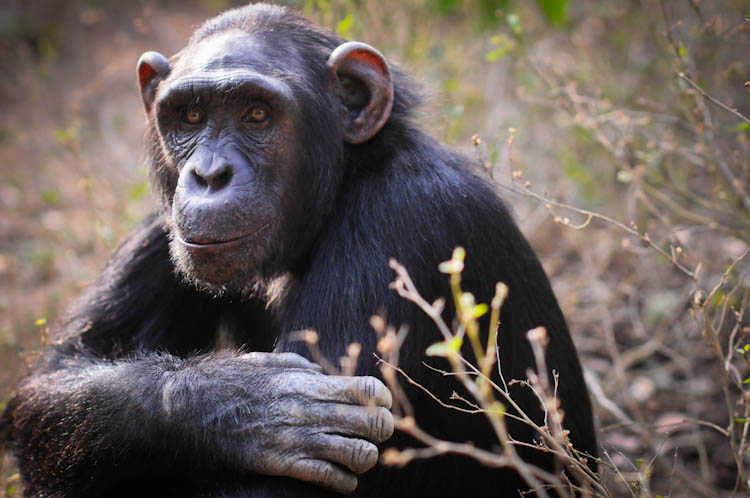 Bush meat: (from the French viande de brousse), the term commonly used for meat of terrestrial wild animals, killed for subsistence or commercial purposes throughout the humid tropics of the Americas, Asia, and Africa. 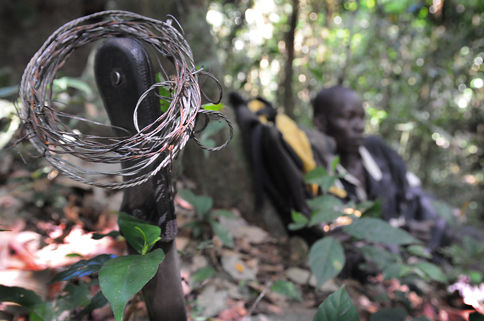 Though the hunting of endangered apes for bush meat occurs largely in Africa, the problem is an international one because what used to be subsistence hunting has now become an international, multi-million dollar industry.

Until the early twentieth century subsistence hunting was not a significant threat to wildlife populations. As our human population ballooned and more demands have been made on the earth’s resources, the forests and habitats which once homed and protected animals are being opened up and destroyed. The greatest threats to African wildlife are habitat destruction and our increased ability to hunt and trap animals throughout Asia and the whole of tropical Africa.

Logging and mining companies (almost none of them African) have built roads into previously inaccessible forests. When the trucks leave these forests for the cities, they carry with them resources such as wood, coltan and, smuggled within these massive transports, the hunted, sun-dried or smoked meat of some of the most endangered animals in the world. These open roads make easy prey of previously inaccessible animals such as elephants, gorillas, chimpanzees, birds and rodents.

The meat of these endangered animals does not feed starving people. It is bought and sold at incredibly high prices as a luxury item by urban Africa, as well as transported internationally and sold on black markets. In some cities, a small piece of chimpanzee meat can fetch the same price as an entire cow. 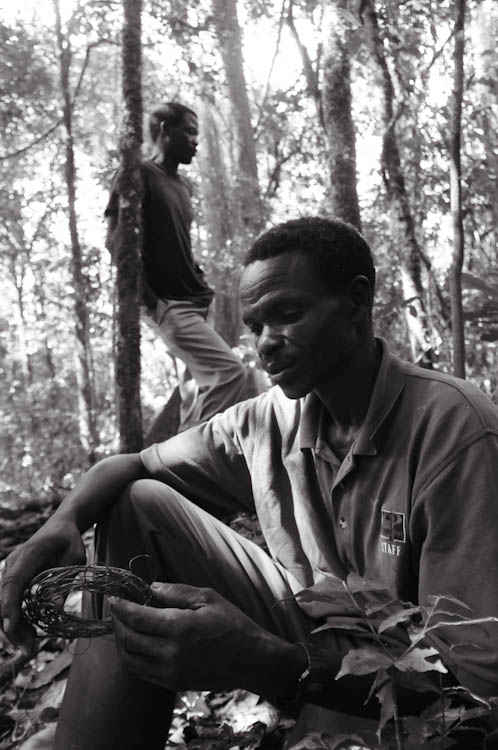 In 2009 I went to Uganda to document the efforts of the Jane Goodall Institute and the Budongo Conservation Forest Reserve, who work tirelessly to curb poaching. Over the course of a few days I followed their team of former poachers as they went out into the forest to remove traps and snares. My intent was to take great photos which their anti-poaching campaigns could use to help further their programs. What I realized, though, was that this was a story, and a message, that I needed to take back to North America with me.

The bush meat trade is a fifty million dollar a year industry. At a recent talk in Canada with Dr. Peter Apell, the Field Program Manager at the Jane Goodall Institute in Uganda, Dr. Apell revealed that cities such as London, New York and my own home of Toronto are hubs for bush meat sale and consumption.

Our appetites for unnecessary “exotic” meats, especially those which are endangered, must be curbed. If the animals are not left to live in what little habitat they have left, extinction is inevitable. The Great Apes in particular, the few who remain in the Central and West African forests, face extinction within fifteen years.

There are no simple or immediate solutions to the bush meat trade. Anti-poaching law enforcement is virtually impossible in politically unstable countries and the bush meat industry continues to thrive through corruption, bribes and poverty. We can, however, do our part to take simple and effective action.

Don’t buy exotic meats or body parts from endangered animals. This may be stating the obvious but if there is no demand, fewer animals will be killed. Educate others about the bush meat trade and encourage them not to support this industry as well.

Generously support organizations with mandates to:

Listed below are some of the many organizations that work in the field, in communities and in the classrooms.