Another day, another new vegan option debuting at a massively popular chain!

Southern Floridians who are looking to satisfy their sweet tooth while indulging in their daily dose of caffeine are in for a treat because Starbucks is offering a new, gluten-free vegan cupcake to select South Florida locations.

Perhaps this is due to the pressure the renowned T.V. and multi-media journalist, Jane Velez-Mitchell, put on Starbucks when she demanded the chain add more plant-based options to their menu; perhaps the world is just leaning toward plant-based fare regardless.

Starbucks partnered with Miami-based bakery, Bunnie Cakes, and has chosen to sell their locally made, gluten-free, and vegan passionfruit cupcakes in-store. Bunnie Cakes owner, Mariana Cortez, started making gluten-free and vegan treats after two of her children were born with celiac disease.

Aren’t the cupcakes so cute? 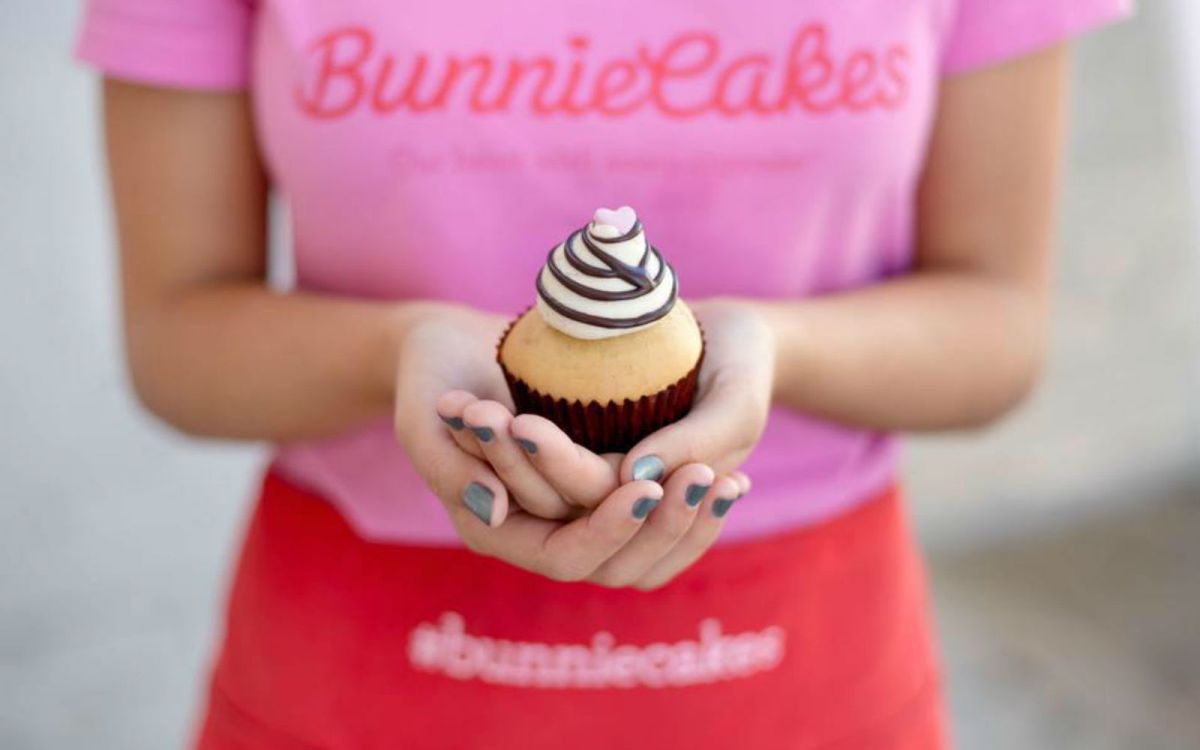 “From there, Bunnie Cakes was born and has been locally recognized as making one of the best cupcakes in Miami,” Starbucks wrote in a press release. “It has also been nationally named as a winner on the Food Network’s Cupcake Wars.”

We think this is an amazing initiative, and just wish we could try the cupcakes out where we live. Even though we’re not in Florida, however, we still know how to satisfy our vegan cupcake cravings…

Make Your Own Cupcakes

Don’t let location prevent you from making your own plant-based cupcake at home! Here are some favorite recipes, courtesy of the Food Monster App.

If it has a waffle in it, surely it’s breakfast-appropriate.

These Cinnamon Waffle Cupcakes by Emily Fraser is a three-in-one: gluten-free cupcake, maple buttercream frosting, waffle bits. The end result is a cozy, cinnamon-sugared treat that looks like you put more effort (and unhealthy ingredients) into it than you did. Plus, they look adorable!

Cookie Dough Cupcakes by Sweet, Savory, and Free allow you to enjoy a double dose of the cookie dough: one in the filling and one in the frosting. Makes sense, right? And with no raw eggs to worry about, it’s safe for everyone. Because after all, everyone in the world loves cookie dough.

Chocolate Cupcakes With Peanut Butter Swirl Frosting by Kristen Genton offer a great basic chocolate cupcake that would go great with any frosting, but here it’s topped with a generous swirl of chocolatey peanut butter bliss. Make these the next time you’re craving a cupcake!

Celebrate the autumn season With These 10 Vegan Fall-Appropriate Cupcake Recipes!