Janine Guido, the founder of Speranza Animal Rescue, in Mechanicsburg, Pennsylvania, got a call about a stray dog who was seen sleeping on a woman’s porch and immediately set out to lend a hand. When Janine arrived at the scene, the poor pup was eating a pile of trash. The dog, who was later named Dolly, was clearly very frightened of people and started to growl at first.

But Janine was extremely patient and started to follow Dolly in the hopes of gaining her trust. After about 10 minutes the pup finally stopped running.

“I sat down in the alleyway about 10 feet from her. She continued to bark at me. I turned my back to her and just began talking… I assured her it was ok now,” said Janine, “I told her I was not here to hurt her. I just wanted to help.”

Finally, Dolly came over to Janine and her demeanor changed entirely.

“What she did next absolutely made my heart sink – she lifted her left paw up at my face and then so gently curled up into a ball in my lap. She looked up at me with those eyes and gave me a quick kiss on the forehead. A kiss that was her way of saying thank you,” said Janine. 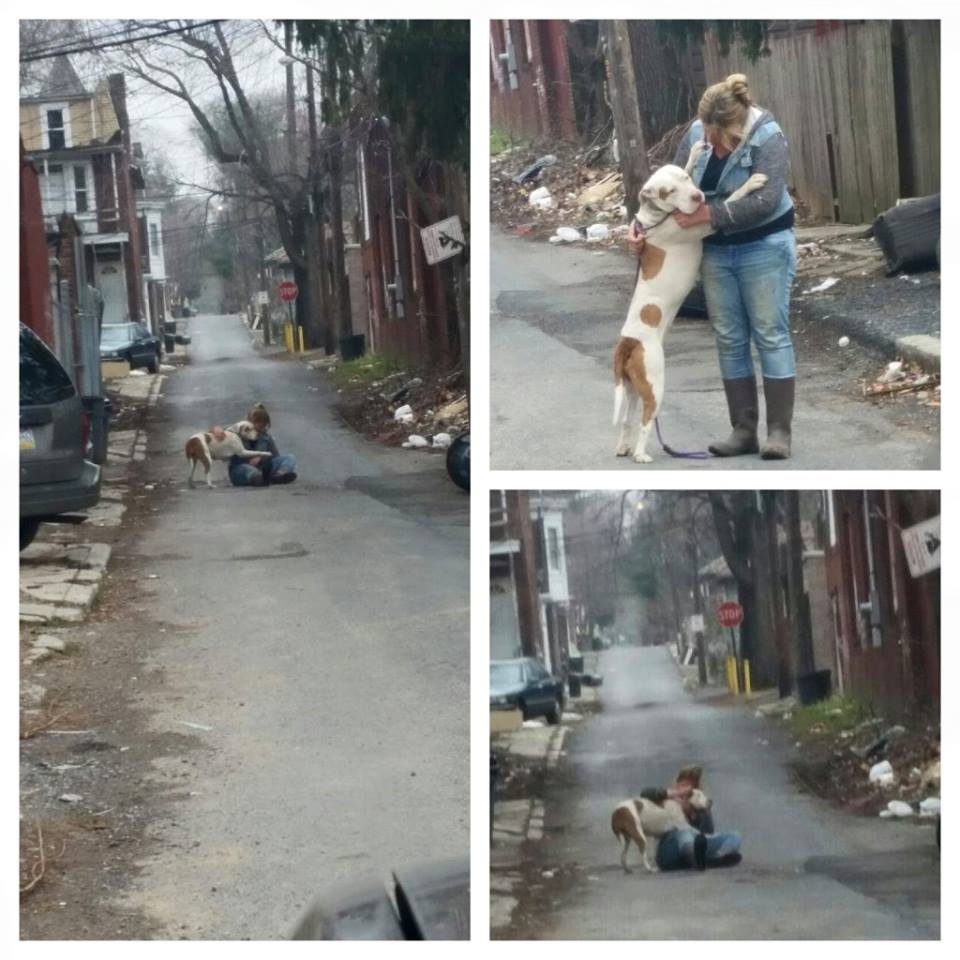 Dolly is now part of the Sperenza Animal Rescue family and will soon be on her way to a proper forever home. A big thank you to Janine Guido for her patience and unrelenting determination to save Dolly!