After Being Trapped in Wombat Tunnel for 3 Days, Bulldog is Reunited With His Humans! (VIDEO)

After Being Trapped in Wombat Tunnel for 3 Days, Bulldog is Reunited With His Humans! (VIDEO)

A three-year-old Bulldog named Brooklyn had reason to rejoice after being rescued from a complex wombat tunnel system in New South Wales (NSW), Australia, and getting to see his human’s face again!

His human Charlie Griffith first raised the alarm after observing his pooch running into the tunnel to chase a wombat. When he failed to emerge, Griffith called on the help of friends, firefighters, and a team from the NSW Royal Society for the Prevention of Cruelty to Animals (RSPCA). The firefighters used a variety of sophisticated technological devices in an effort to track down the terrified dog. Guided primarily by the sound of barking, they used a camera and high-quality microphones to try and find the pup, but none of the devices succeeded in pinpointing his location. After three days, his barking had died down, and things were looking bleak. At the time, Griffith said, “I’ve had no sleep for three days, and I’m just beside myself. My greatest fear for Brooky’s coming true – that he’ll be left down there to die.”

Firefighters called off the “official” rescue attempt, believing that there was nothing more that could be done. However, Griffith and his friends were not willing to give up. They used shovels and their bare hands to continue with the rescue effort, assisted by funnels to follow Brooklyn’s increasingly feeble barks. The video detailing Brooklyn’s rescue can be viewed above.

Brooklyn was immediately rushed to a vet, where he received the medical attention he so desperately required. After a short stay with the RSPCA, he was returned to an overjoyed Griffith, who was extremely thankful for the efforts that his friends had made to help find him. He said, “Thanks, heaps! Tremendous effort … I can’t believe it.”

Luckily, Brooklyn is now safe and sound in Griffith’s arms once again. 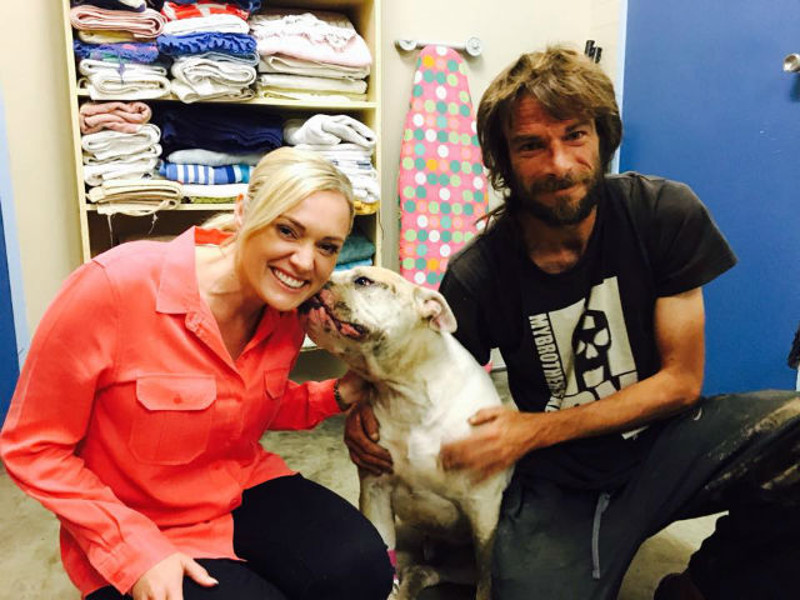 The experience must have been truly terrifying for both Brooklyn and his beloved human, but it is wonderful to know that their story had a happy ending. For more information on how to seek help if you come across an animal in distress, check out the following articles: