Dairy is touted as nature’s perfect food. But, imagine yourself walking through a dairy farm.  You, of course, would expect to find baby calves, not grown men and women, suckling the cows.  In fact, you would probably be mortified to see an adult drinking from a cow.  So, can it really be called natural for humans to drink a substance meant to nourish a growing baby cow?  That’s right, milk is meant to provide nutrients necessary for cows, not humans, to thrive.  Dairy is nature’s perfect food…for calves.

Most Americans believe that the best source of dietary calcium, an esteemed nutrient for its ability to build strong bones, is from dairy.  For many, it may seem like a no-brainer to include dairy in a healthy diet, but the science now shows that dairy is not only unnecessary for adequate calcium consumption, but may even be destructive to the formation and maintenance of strong bones.  High dairy consumption does not correlate with lower rates of osteoporosis and there has even been shown to be an association between high dairy intake and fractures in active individuals.

The Physician’s Committee for Responsible Medicine (PCRM) has linked dairy intake to cardiovascular disease, cancer, and type 1 diabetes.  Rheumatoid arthritis, migraines, asthma, acne, and obesity have also been linked to dairy consumption, with many people finding relief through its elimination from their diets.  Dairy is full of contaminants such as synthetic hormones, pesticides, and drugs, substances that are given to the cows and consequently passed on through their milk.  If you are anything like me, after knowing all this, the thought of eating dairy terrifies you.  So now what?

The good news is that non-dairy sources of calcium are abundant.  Calcium is naturally found in and added to many foods, so fear of weak bones should not scare anyone away from renouncing dairy.  Recently, The Harvard School of Medicine even stated that milk is not the best source of dietary calcium.  Top natural plant-based sources of calcium include collard greens, kale, broccoli, okra, sesame seeds, edamame, tempeh, figs, almonds, molasses, black-eyed peas, white beans, and amaranth. Plus, many foods are now fortified with calcium, including plant-based milks and yogurts, cereals, tofu, and snack bars.  Even better news is that the bioavailability of plant-based calcium may be greater than that of dairy-based calcium.  Below is a list of 10 yummy vegan products that can be used to get your RDA of calcium.

There are a plethora of plant-based milks on the market, all of which are delicious and can easily be substituted for cow’s milk.  The options are endless, not only including soy, but also almond, rice, coconut, hemp, flax, and oat.  It is important to make sure that your milk is fortified with both calcium and vitamin D. 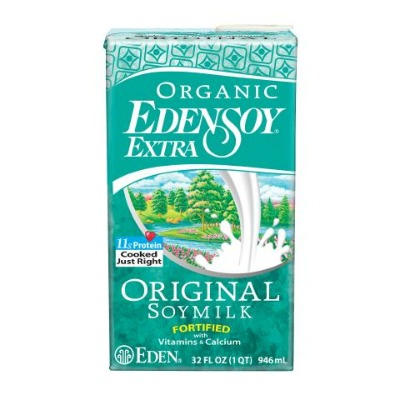 One serving of this milk is fortified with 20% of your RDA of calcium.  This milk is also fortified with many vitamins and minerals, including B-12.  They use non-GMO and unprocessed soy, as well as naturally malted wheat and barley extract as sweeteners.

One serving is fortified with 45% of your RDA of calcium, which is 50% more than dairy.  This company also puts nothing artificial into its milk. 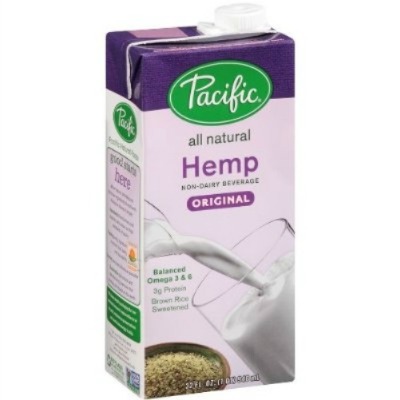 One serving is fortified with an astonishing 50% of the RDA of calcium.  Hemp milk also naturally contains a multitude of essential vitamins, minerals, and amino acids, as well as providing an ideal balance of omega-3 and omega-6 fatty acids.