Rice and Arsenic: How to Reduce Your Risk and Stay Healthy 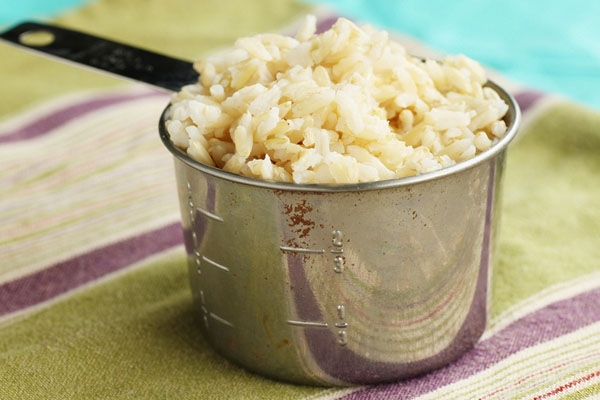 Arsenic in our food and water supplies is nothing new. Last year, Consumer Reports and the FDA reported on levels of arsenic in rice. Consumer Reports believes consumers should be concerned, while the FDA currently says arsenic levels in rice are safe for now and not a short-term risk.

But what about the long-term risk? Isn’t it a good idea to at least learn how to reduce your risk until more steps are taken, such as the FDA setting a limit on arsenic in rice products (like it did for juice) or finding effective agricultural methods to reduce arsenic levels?

Yes, you most likely should take some steps to stay healthy and limit your exposure to arsenic in rice. (Keep reading to find out what you can do when selecting and cooking rice.)

What is arsenic and why is it in our food?

Arsenic is natural, but that doesn’t mean it’s good for our health. This naturally occurring metallic element is classified as a poison by the National Institutes of Health and is considered a human carcinogen by the National Toxicology Program. Up until the 1980s, it was used by farmers as a pesticide and a fertilizer until it became banned. Even today, the metal persists in the soil.

All plants pick up some arsenic from soil (mistaking it for necessary nutrients) and water, but certain foods usually have more of the substance.

See this infographic for more information about how arsenic gets into rice.

Why is arsenic harmful?

Long-term exposure to arsenic has been associated with skin, lung, bladder, liver, kidney and prostate cancers, and low levels can cause skin lesions, diarrhea and other symptoms.

A study published in Nature Publishing Group’s Scientific Reports showed that high levels of arsenic in rice have been shown to be associated with elevated genetic damage in humans, which has been previously shown to be linked to cancer.

Take these steps to reduce your arsenic risk

Rice is a staple crop in many countries and for many populations, meaning that it is consumed regularly and makes up a dominant portion of their diet. But what if rice isn’t a staple in your diet? Should you still be concerned?

Until further limits are set in place and more information is released, it makes sense to take the following steps whether or not rice is a staple food for you:

Arsenic in rice products for children

Rice products made for infants and children, such as formulas and cereals, also contained arsenic. Consumer Reports recommends babies to eat no more than one serving of infant rice cereal per day on average. Diets should also include cereals made of wheat, oatmeal or corn grits, which have much lower levels of arsenic. They also advise children under the age of 5 to not have rice drinks as part of their daily diet.

Parents can look for brands who demonstrate their concern for arsenic in their products and make attempts to reduce the risk. For example, Consumer Reports examined the maker of nation’s first organic baby formula, Nature’s One, which searched for the purest source for rice with the lowest possible arsenic content.

Most of the arsenic in our bodies is eliminated when we pee, and certain minerals can help bind arsenic and get it out of our bodies.

Here are two developments in rice that have the potential of reducing arsenic levels:

Also, the FDA is continuing to research the effects of long-term exposure to arsenic in rice, and a group advising the World Health Organization is meeting in 2014 to consider proposed arsenic standards for rice.

If you’re concerned about your levels or arsenic, you can speak to a nutritionist about getting a test to determine how much arsenic is in your body.