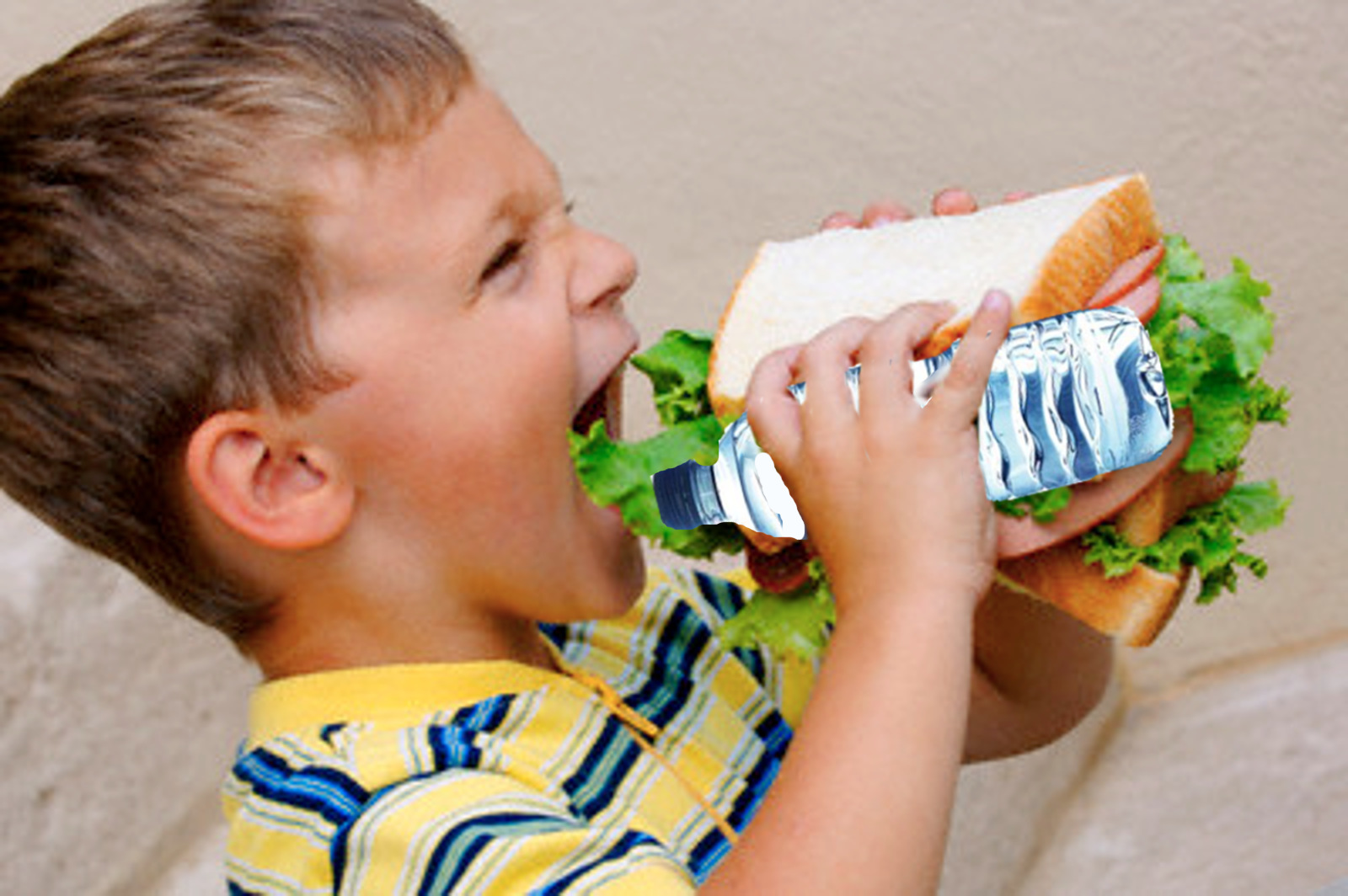 The dangers of plastic pollution seem to be all over the place in the news lately, but for very good reason. Plastic litter is slowly taking over our oceans, landfills, and even ending up inside of our food!

But what about the dangers that plastic poses before it becomes litter? What about the various chemicals that can be found inside plastic bottles, bags and food containers that may be unleashing a bevy of toxins into your food and beverages?

As scientists become more aware of the chemicals that leech out of plastics and make their way into our bodies, they are uncovering a variety of health issues that result. This includes cancer, reproductive issues, immune system suppression and problems with childhood development just to name a few. We may have already decided that the pollution problems that plastic presents to our planet were reason enough to steer clear of the stuff, but the health problems that plastics can present appear to be an even greater reason to pursue a plastic-free lifestyle.

Care to know more about what’s in your plastic, how it impacts your health and, most importantly, how to avoid these problems altogether? Keep reading! 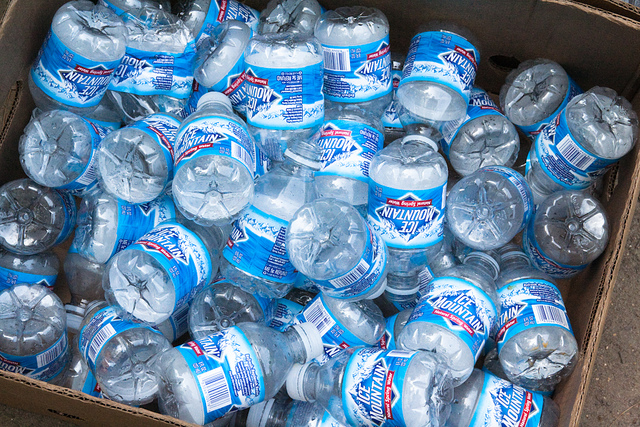 Bisphenol-A often goes by the more common acronym BPA and is quite the buzzword lately when it comes to chemicals in food and beverage packaging. BPA can be found in various polycarbonate plastic products including water bottles, baby bottles, and food storage containers. A study on several thousand Americans revealed BPA’s prevalence in the urine of most test subjects, suggesting BPA is found in nearly every person in the United States. Being as it acts as a synthetic estrogen, it can be highly disruptive to the human body when it leeches out of plastic. BPA has been tested on laboratory animals, resulting in fertility issues as well as changes to breast and prostate tissue. And while some institutions maintain that not enough about BPA is known to link it to a variety of human health risks, the chemical is increasingly associated with issues including its tendency to act as an endocrine disruptor, increased risk of breast and prostate cancer, changes to fetal brain development, and higher obesity levels in children.

Phthalates are chemicals that are added to make plastics more flexible. While they are used in a variety of products including toys and shower curtains, you are likely to be exposed to them through food containers and plastic wrap. Like BPA, phthalates also function as an endocrine disruptor, altering the ability of the body to produce and maintain proper levels of hormones. Included in the various health risks associated with phthalates are asthma in children, lower IQ’s for a developing fetus, and ADHD. Phthalates have also been associated alongside BPA as a possible cause for infertility, especially for males attempting to conceive a child. 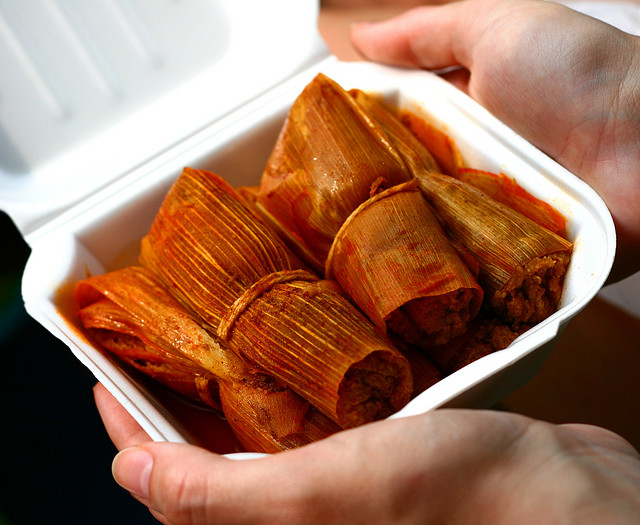 Styrene is a chemical found in Styrofoam, a type of plastic you can commonly find many places. Shipping material, fast food cups, and take-out containers are just a few common places you may come into contact with styrene. The chemical is prone to leach out when exposed to heat. So, your hot coffee in a Styrofoam cup or takeout Chinese food in the Styrofoam container may actually be a source of some unwanted chemicals. The health problems connected to styrene exposure are many and include respiratory problems, memory and hearing loss, and increased risk for certain cancers including leukemia and lymphoma. Concerns over styrene have grown so strong in fact, that the state of California is officially recognizing the chemical as a carcinogen and is now debating how it may be labeled in order to inform the public of the associated risks. New York City has even banned sytrofoam to-go containers given their far-reaching harmful impact.

Suddenly that harmless beverage or meal in a Styrofoam container seems pretty serious, doesn’t it?

Want To Be Toxin-Free?

Given how widespread plastic is used and distributed, avoiding the associated toxins and chemicals can be pretty tricky. Here are a few tips to help you out:

Don’t heat food in plastic containers. Heat can aid in the breakdown of plastics and release of chemicals like BPA. Opt for glass or ceramic food containers when warming up your leftovers.

Choose fresh over packaged food. A recent study analyzing BPA levels in a family that ate exclusively fresh foods for a 3-day period and avoided packaged food and drink altogether had 60 percent lower BPA levels at the end of the study. Eating foods that don’t use plastic packaging is a huge way to keep plastic toxins out of your body.

Play the numbers game. Plastic products are labeled with numbers to indicate the chemical makeup and ability of the product to be recycled. Avoiding number six will keep you away from styrene, while steering clear of numbers three and seven will help you avoid BPA and phthalates.

Break up with plastic. Going plastic-free is certainly not an easy task, but looking for ways to avoid plastics altogether in your life will also help you avoid the nasty chemicals they carry. Take some tips from a seasoned veteran when it comes to plastic-free living, and enjoy life with much less pollution and pain.

We often talk about going plastic-free for the sake of ecosystems and wildlife, but you certainly can’t forget about your own health in the process! Reducing and eliminating plastics in your daily life has the potential to significantly improve your health and wellbeing. And a healthy you is fit and ready to keep defending our environment from the many dangers it faces, plastic included.