Does Your Nut Stack Up? The Best Nut Butter Picks! 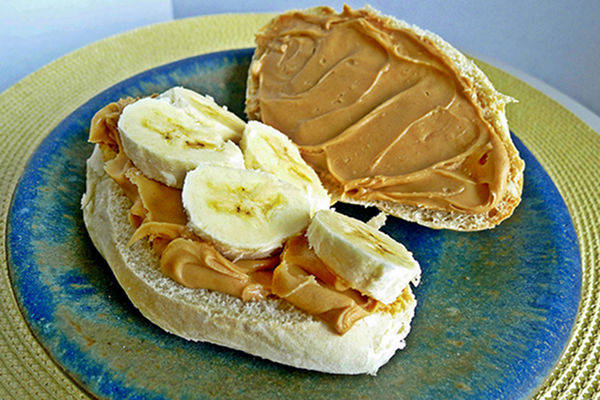 Remember when eating a nut butter meant nothing more than biting into a PBJ sandwich? And to be cutting edge, maybe you added in some sliced bananas?

Nowadays nut butters come in a dizzying array of permutations. And they all pack a protein punch that ought to put them on any vegan’s A list. Here are my top picks:

Soynuts come close to edging out peanuts in my pantheon.  The unsweetened version of soynut butter can be a little harsh, so I appreciate it when a touch of granulated cane juice is mixed in.  I.M. Healthy’ s Original Chunky SoyNut Butter is my go-to brand. The soynuts are crunchy while the surrounding butter is creamy—an amazingly perfect combination of opposites!

If you’re looking for almond butter, give Once Again a try.  The jar sports all sorts of friendly medallions such as “Gluten-free,” “Vegan,” “Kosher,” and “Sodium-free.” After taking a bit of lusciousness onto your tongue, a rich, full, almost-woodsy flavor will bloom in slow-motion in your mouth. While trying to unstick your tongue from your gums, you can read the label on the jar and find out why the logo features a raccoon.

For a completely different experience, there’s MaraNatha All Natural Roasted Cashew Butter. Come out of the shaded forest and into the bright lights. Who knew cashews could be so airy? Though there is no salt added, this nut butter somehow has a zingy, salty tang which is just right on whole-wheat toast or crackers.

Wild Squirrel has the best exotic varieties of nut butters. A person can start to drool just by reading the titles of the flavors:  the almond butters come in Chocolate Sunflower Seed and Vanilla Espresso, while the peanut butters come dressed as Chocolate Coconut, Cinnamon Raisin, and Honey Pretzel. Vegans need to be aware that while only dairy-free chocolate is used, that last flavor does contain clover honey.

For those who need their nut butters on the go, Justin’s originated the individual serving pack. These are revolutionary for nut butter addicts like myself, and the idea has now been copied by many other companies. You gotta love Justin’s simple peanut butter and plain almond butter.  But there are also the Chocolate Hazelnut and Maple Almond versions to savor.

And then there’s peanut butter: my ‘if you were stuck on a deserted island’ go-to food for all time. For a classic peanut butter, dip into Trader Joe’s. They offer the best value and the perfect jar every time. My favorite is always Salted Crunchy, but they also provide Smooth, and either can be purchased with or without salt.

And to reiterate a well-known secret: jelly is not the best partner for peanut butter. Instead, it’s chocolate! Hands down, I reach for Peanut Butter and Company’s Dark Chocolate Dreams. This is what heavenly dreams are made of. A jar in my cupboard in the morning is gone before the sun sets, because it is the greatest indulgence on earth (second only to Rescue Chocolate’s Peanut Butter Pit Bull bars, of course).

Another secret: nut butters are truly the greatest tasting and most satisfying when you grind your own! If you have a food processor and don’t mind the clean-up, you can produce scrumptious peanut, almond, cashew or mixed butters very quickly. Keep it plain (nuts create their own oils—no need to add any) or toss in some spices like cinnamon or ginger, and you’ll have the masses begging you to go commercial.

One advantage of doing it yourself is that you don’t have to figure out how to get the nut butter out of the jar.

Since all the brands I’ve mentioned are “natural,” that means you have to stir and refrigerate in order to get the perfect consistency. A pet peeve is that most of these jars don’t allow any space for the stirring step, which inevitably leads to the oil and butter sloshing over the rim and onto the kitchen counter. Could we get a little empty space at the top of the jar, manufacturers?

Sometimes before I stir all of the oil in, I pour a little off in order to give myself the illusion that I am creating a low-fat food. Alas, that is a fantasy. The calories and the fat are surely there, but what a worthwhile sin in which to indulge!