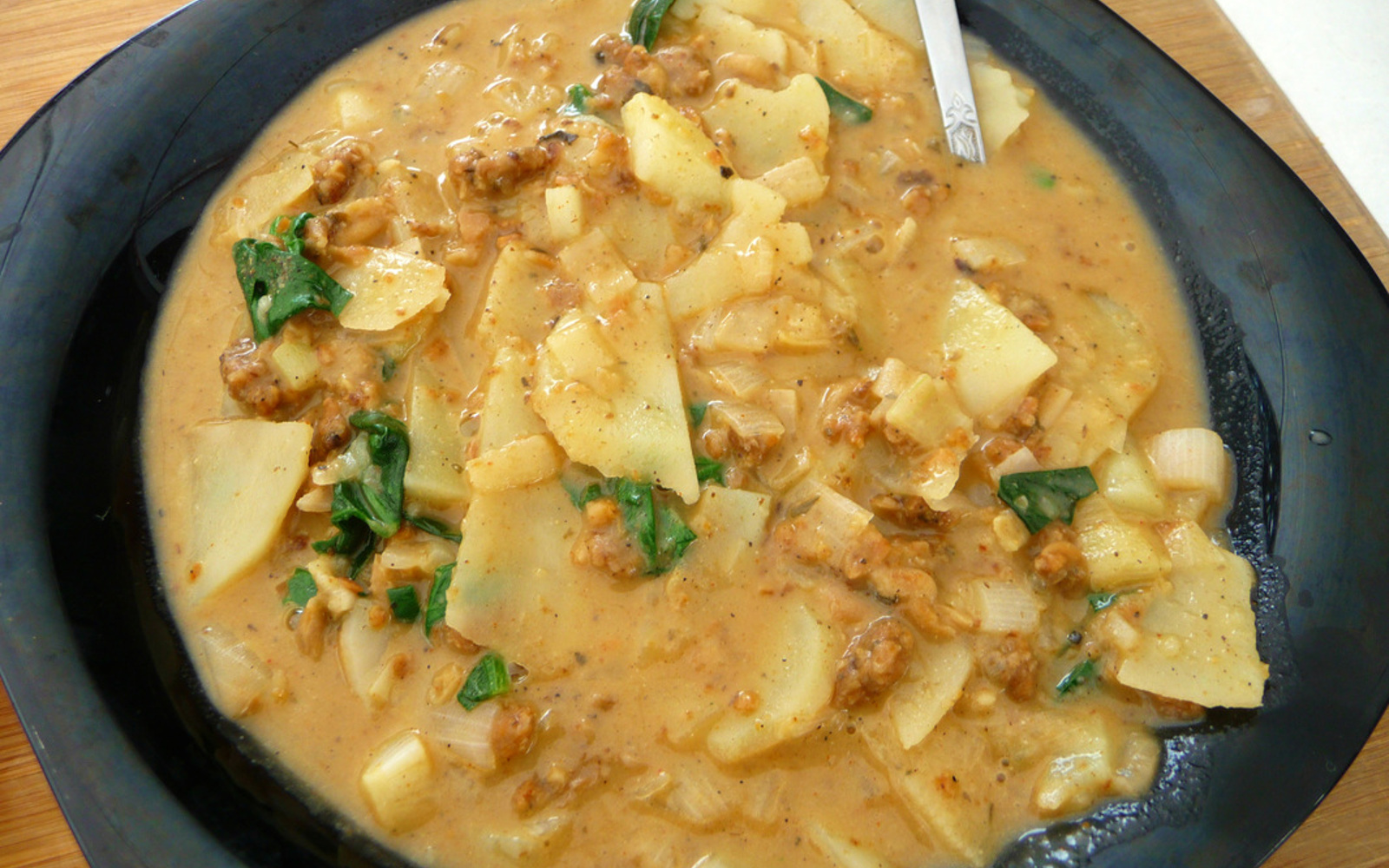 Spicy vegan sausage, onion, garlic, thick cashew cream, potatoes, greens, and red pepper flakes make this soup's flavor unbeatable. This savory soup is best served as a meal rather than an appetizer, with a side of Italian bread. You won't want to miss a single drop.

For the Heavy Cashew Cream:

Count your colors, not your calories! Vibrant recipes that tantalize your tastebuds.

Christa Clark is a vegan blogger with a deep passion for recipe creation, yoga, structural integration, alchemy, writing, researching, art and sharing her plant-based lifestyle with others. Christa encourages others to discover the wonderful benefits of a plant-based lifestyle where you can “count your colors and not your calories!” She is the creator of the vegan blog  Artistic Vegan and author of “Artistic Vegan: Meatless Mainstays for Modern Man” with a new book on the horizon.