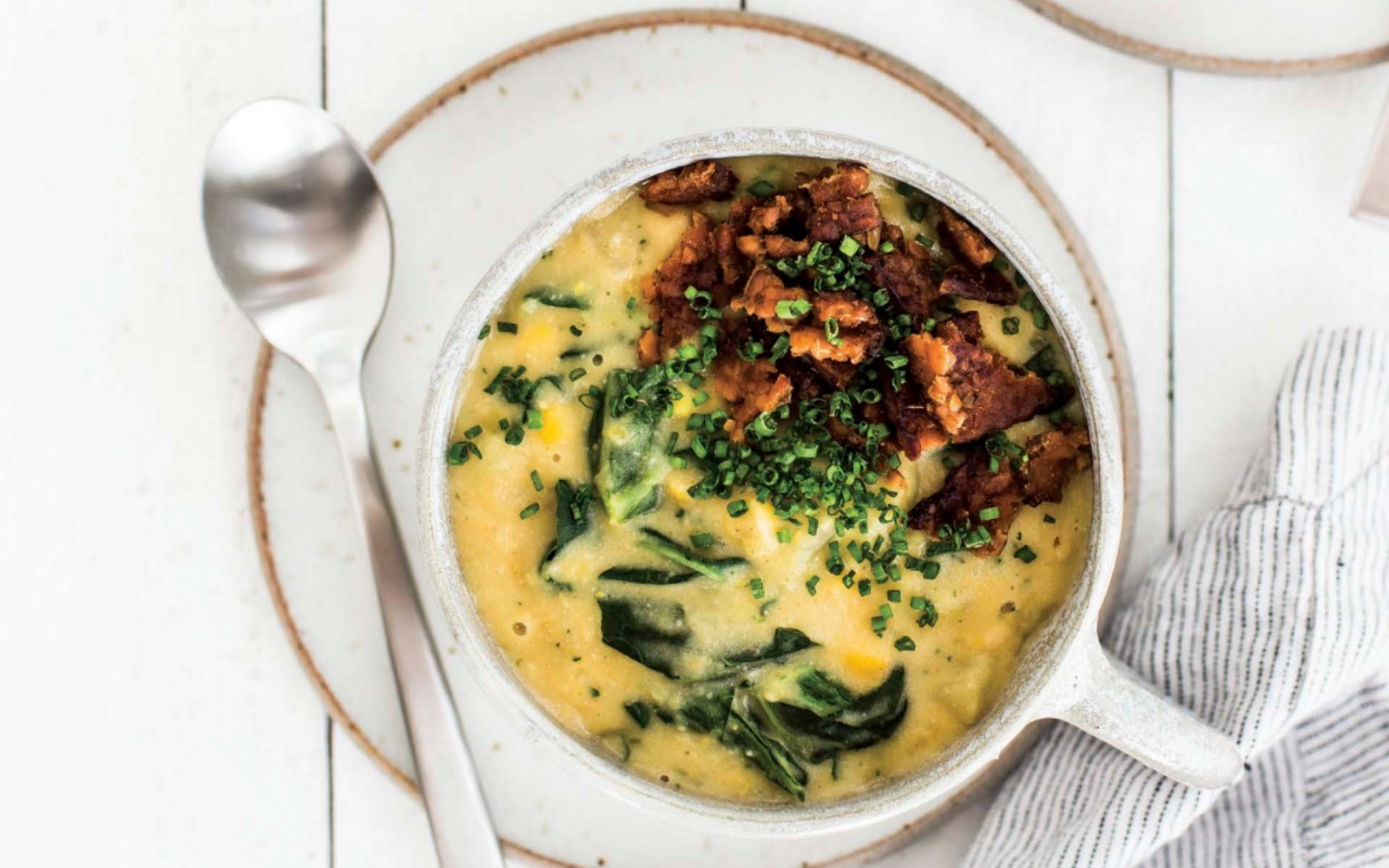 Think of this soup as a marriage of split pea soup and traditional corn chowder. The split peas give the soup body and nutrition, along with a gorgeous golden color. Meanwhile, adding Cashew Cream to the finished soup gives it a rich, creamy, luxurious texture. I make this soup in late August or early September, when corn is at its sweetest, and I almost always serve it with crumbled Tempeh Bacon and chives on top.

For the Cashew Cream: