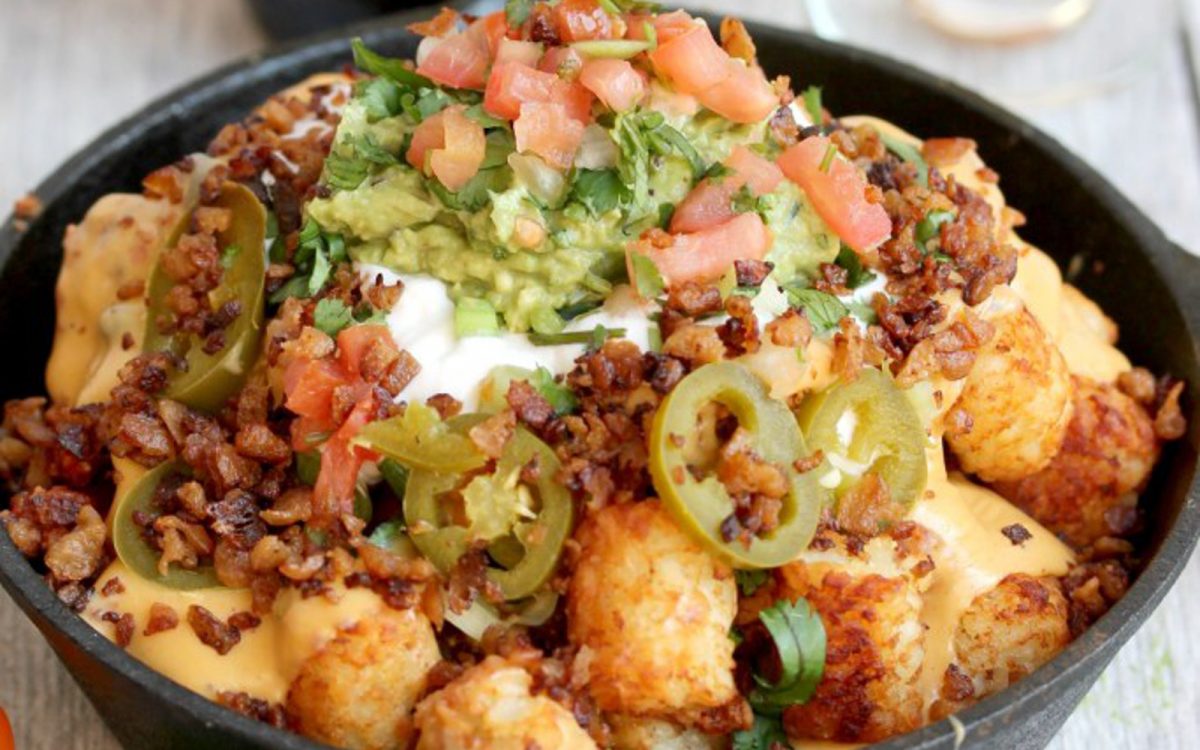 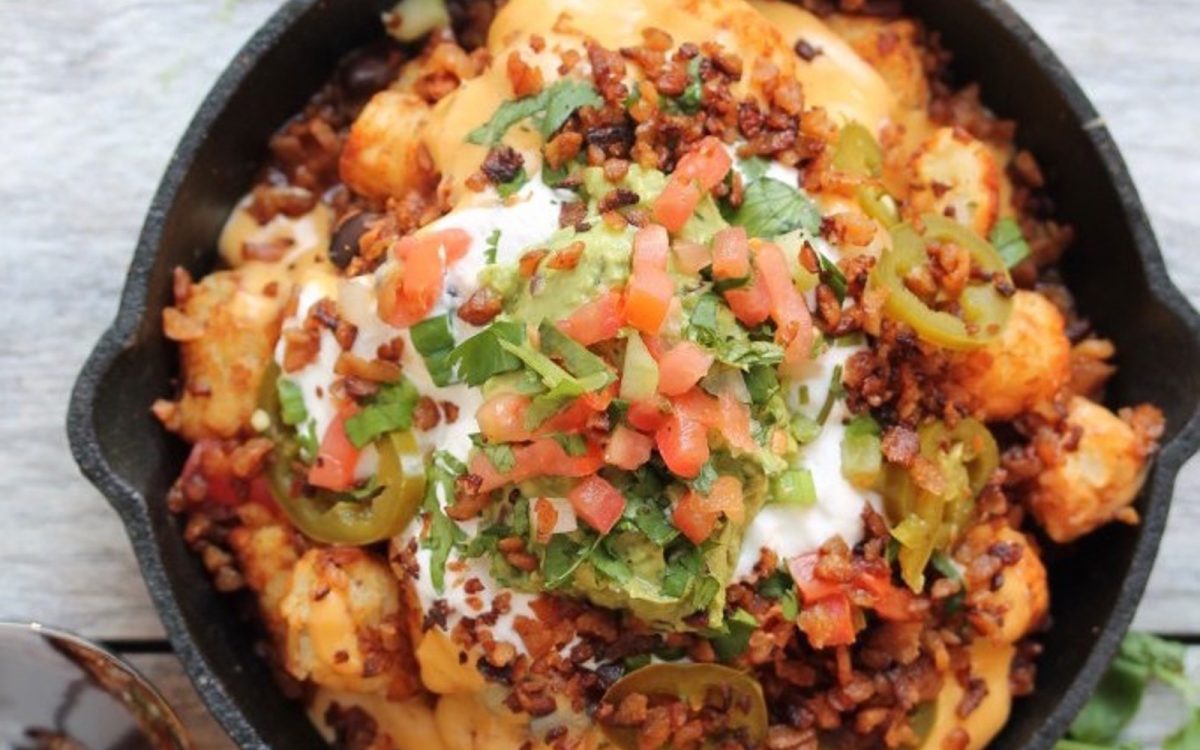 What are tater tot-chos? Only the best appetizer that you're not eating. This awesome snack is the lovechild of nachos and tater tots — crispy tater tots are served with spicy, melty vegan cheese sauce, meat-free chili, and smoky vegetable protein bacon bits. Then, they're topped with everything that belongs on loaded nachos: guac, pico de gallo, vegan sour cream, and of course, jalapeños. Dig in!

For the TVP Chili:

For the TVP Bacon:

For the Beer Cheese Sauce:

For the Tater Tot Nachos:

To Make the TVP Chili:

To Make the TVP Bacon:

To Make the Beer Cheese Sauce:

Vegan recipes with a focus on good feelin’, sometimes, but not always healthy, scrumptious comfort food.

Most people don’t think of delicious comfort food when they hear the word vegan and I’m here to change all that! My name is Ashley, a vegan food blogger and recipe developer. While my wife and I develop recipes that range from quick and healthy, to deep-fried and salted, we specifically focus on good feelin’, sometimes not always healthy, scrumptious comfort food. Grab a drink and let’s have some fun in the kitchen!