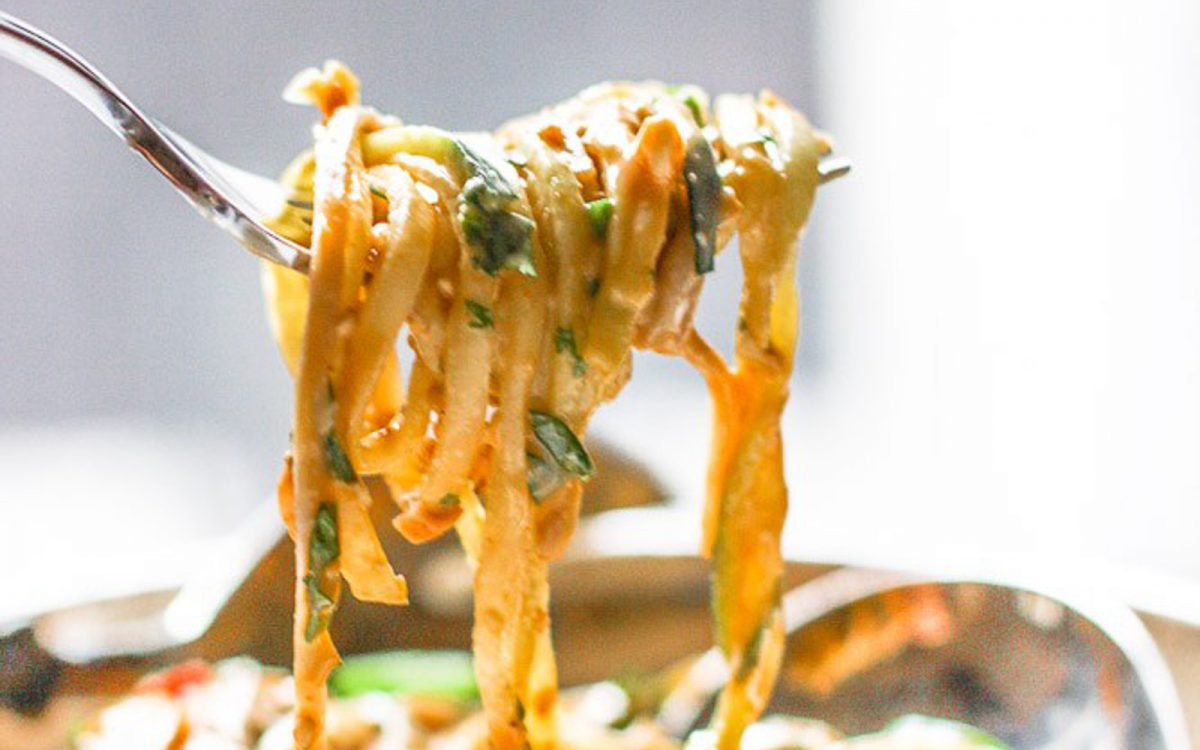 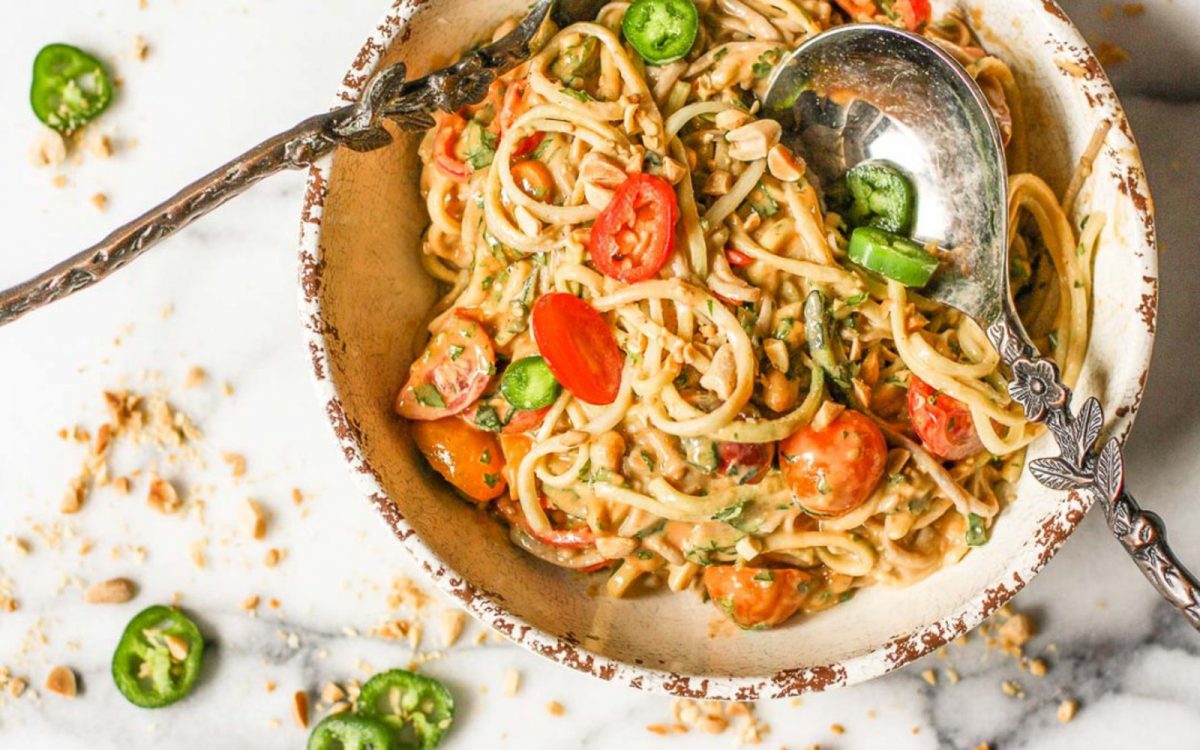 These Szechuan noodles are healthy, easy, and delicious. The buckwheat noodles and zucchini noodles are tossed in a fiery peanut sauce that is to die for. Plus this recipe makes a large portion so this is a great dish to share with your friends.

Delicious, chef-quality food that’s good for you and easy to prepare.

I've had many careers. I’ve been a chef, an acupuncturist, a lawyer, and a writer/editor. I use my Masters Degree in Oriental Medicine, combined with my training as a chef to heal you with foods and herbs.
I’ve found my passion and that is: Wellness. I love to cook delicious, chef-quality food that’s good for you and easy to prepare. I combine my passion for cooking with my knowledge for whole-body-wellness by using foods, exercise, meditation, qi gong, herbs and acupuncture to heal the body, mind and spirit. Check out my blog Kitchen of Youth!